How to Avoid Project Train Wrecks 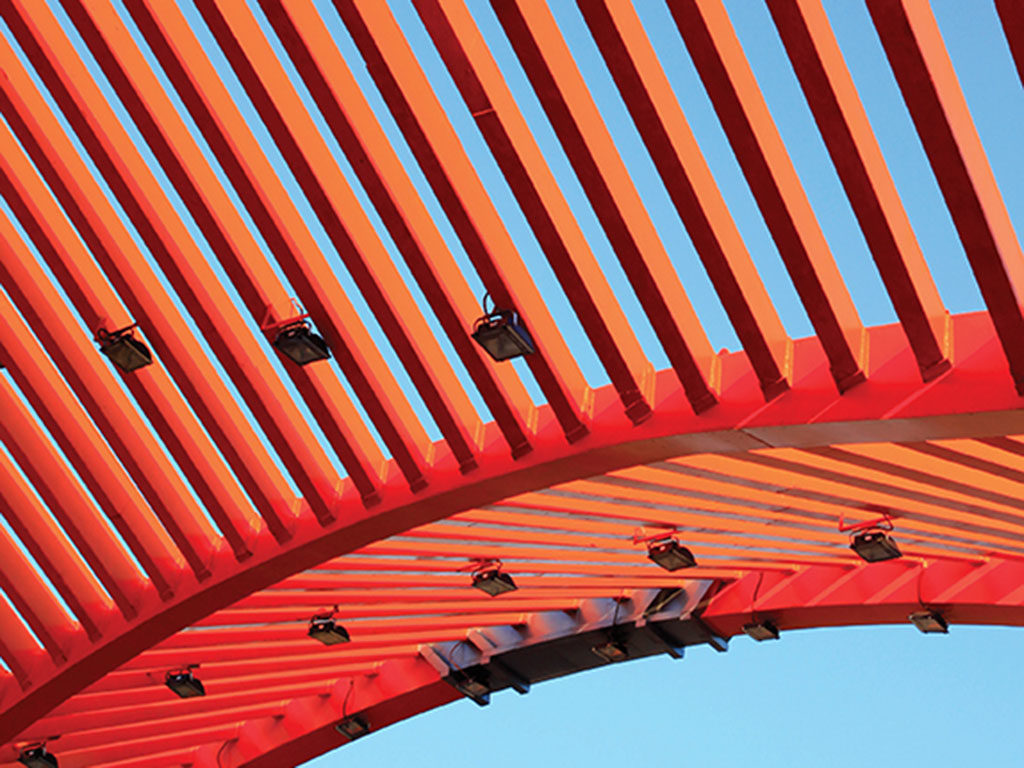 Why do we as an industry do so poorly in executing large capital projects?

There are a whole series of reasons for this poor performance, and oil and gas is not the only industry affected. One sees the same issues in public works projects, information technology projects, and mining, etc. Any and all capital-intensive industries suffer the same challenges.

As a consultant who has reviewed hundreds of projects, I see many of the same issues repeating themselves. Many of the projects that I review exceed USD 1 billion, which are often referred to as megaprojects. Fig. 1 shows the failure rate for these large projects.

Although there are lots of reasons why projects fail to meet their business objectives, they can be lumped into five major categories as follows:

Some of the most challenged projects I have reviewed are those in which the business/management is disconnected from the core project team. Project team members will make thousands of decisions over the life cycle of a project, and it is critical that they understand why the project is being done to assure their decisions are aligned with the business. This is all the more critical when senior management is unclear as to why the project is being done. Fig. 2 illustrates that the lack of clear project and business objectives dooms a project to failure.

Having participated in numerous project team reviews, I can say that nothing is more challenging or frustrating for all when the project team is unclear on why they are doing the project. Worse yet is the failure to align on high-level scope components, which results in recycle during the early part of a project.

A relatively simple technique, project framing, helps to align management and all stakeholders early in the project life cycle, typically during the front-end loading (FEL) stage 1. A typical example of a project frame is shown in Fig. 3. During a facilitated session, stakeholders can determine what is included in the frame and the project scope, as well as what is out of the frame and not in scope. More problematic are the items on the frame for which there is no alignment among the stakeholders regarding inclusion or exclusion. It is better to work on these issues in FEL 1 than address them in FEL 3 when changes are very disruptive.

The literature is replete with case studies of poorly defined projects that failed to meet their objectives. If the scope is not well-defined, detailed design and procurement is an exercise in futility. Companies spend a lot of time and money in FEL 3 prior to sanction to ensure that the project is sufficiently defined.

The project definition provides the basis for cost and schedule. This is the “what” of the project. Receiving almost no attention is the “how” of the project, or the owner’s project execution plan (PEP). Owners will often defer to a contractor to write their plan. These plans are excellent from a contractor’s point of view, and are, in fact, a contractor’s PEP.

However, the purpose of the plan is to define how the owner will plan, deliver, and execute the project. The plan in itself is not nearly as important as the planning that the owner’s team undertakes, which drives understanding and alignment on the “how,” which is just as important as the “what.”

A key contributor to many project teams’ “fire drill” mode during execution is the lack of a fully vetted PEP that all stakeholders not only accept but embrace. Developing the PEP helps the owner’s team align on the rhythm or tempo of its work with contractors, senior management, vendors, and internal stakeholders. Unfortunately, many project teams fail to do this; work is done on an ad hoc basis, resulting in confusion and frustration for all stakeholders.

Management governance or oversight is critical for project success and many projects are challenged due to gaps in it.

Owner organizations plan and execute projects in a matrix organizational environment. Any and all departments have a say in project planning. These disparate groups include operations; health, environment, and safety; procurement; subsurface; commercial; engineering; and facilities groups. Projects will typically not move forward unless consensus is reached among all of the stakeholders. The stakeholders are powerful in that they provide resources, either part- or full-time, to the project.

Because a project touches so many facets of the enterprise, there is no one all-powerful organization that controls and makes all project-related decisions.

What companies do to mitigate the aforementioned issues is establish a multidiscipline governance structure within the organization that provides the care and feeding of the project throughout its entire life cycle. This structure supports single-point accountability and timely decision making. A project director manages the integrated project team while a vice president (VP) of capital projects or the equivalent is responsible for the oversight of the project director. The VP works with a multidiscipline steering group to manage expected cross-functional issues. A gatekeeper has ultimate responsibility for the success or failure of the project.

The roles and responsibilities of this structure include the following:

A robust and fully functional governance structure is a project manager’s best friend. Used effectively, it can set up the project for success.

Inadequate Staffing and Integration of a Project Team

Project teams are the vehicle by which organizations plan and execute projects. As a project touches all portions of the organization, all of the represented functions must contribute their effort to make a project successful. Having said that, organizations are often reticent to fully staff a project. Oftentimes, senior management understands that they must staff the project, but they may not commit to hiring the staff. Core competencies of owner organizations are principally field operations such as maintaining field or plant production. Planning and executing capital projects is not a core competency, and neither is it a profit center. Hence, management is hesitant to hire full-time staff because of upfront costs. The greater issue raised is “What do I do with these folks after we finish the project?” Permanent, as well as contract staff, are viewed as an expense, especially during the early portion of the project life cycle before it is approved and project staff can be capitalized as opposed to expensed.

I am aware of several projects that are USD 500 million-plus in which the owner attempts to manage the project from the FEL 2 into the Execute stages with only one or two individuals. Although this is possible, the owner surrenders all control of the project outcome to the contractor. Benchmarking data indicate a severe operability penalty when the project is developed with minimal owner input. Operability issues have the most impact on project economics as they cripple cash flow.

In my review of capital projects, I have not seen an owner’s project team that is overstaffed. In general, upstream projects tend to be understaffed, and often key disciplines are missing. Unfortunately, companies incur a severe cost penalty by not properly staffing projects, as shown in the benchmark data in Fig. 4.

A root cause of project overruns and late projects is the failure to fully understand all that can go “wrong” with a project, and allowances are not made for these challenges. Said another way, stakeholders are overly optimistic. They fail to appreciate the thousands of failure points associated with developing a unique project.

Each project is unique, or serial number 001. Although the scope may be similar to another project, it is executed by a different set of team members, contractors, suppliers, and senior management. The project is executed at a different point in time as previous similar projects, and the economic climate may have changed, which affects equipment availability, craft labor pricing, and contractor workloads.

With uniqueness comes risk, and the failure to allow for it in the schedule. Senior management is typically the prime culprit for an overly aggressive schedule and is often driven by the desire to deliver promised production to the investment community. In turn, this drives the stock price.

The situation described serves as a backdrop and the environment for planning and executing large capital projects. Fig. 5 illustrates the behaviors and consequences associated with this environment.

At a macro level, the rush to get to first oil or project completion tends to drive all decision making by the project team and management. This means that prior to project sanction, many of the planning steps that support project success are skipped or left to be handled after project approval. The latter includes critical items such as commercial agreements, permitting, and key approvals. Failure to successfully finalize any of these items may have a substantial impact on project objectives. Fig. 5 shows that schedule-driven projects have poorer cost and schedule performance than the average project.

Is there any economic incentive for project acceleration? Fig. 6 demonstrates a notional relationship between the impact on internal rate of return and changes in capital cost, schedule, and stream factor (production rate vs. planned).

It is folly to accelerate a project schedule. There are some notable exceptions such as regulatory deadlines, safety issues, potential loss of concession, and owner contractual agreements.

Project train wrecks are self-inflicted. Seldom are they caused by a bolt out of the blue. The five major factors that cause train wrecks previously discussed are items that can be effectively managed. The root cause is management’s inability to fully appreciate the fine line between success and failure as well as the very high risk profile of these large projects that are, in essence, one-of-a-kind serial number 001.

Large capital projects are high-risk endeavors that require substantial care and feeding that operations-centric management often do not provide as demonstrated by the dismal success rate of these endeavors.

Pete Luan has more than 30 years of project and risk management, organization transformation, and consulting experience. Serving as an adviser to top executives, he helps companies improve their project predictability and performance. He is a project management instructor for a noted firm in the exploration and production space and has authored numerous SPE articles and developed courses on project and risk management best practices. Prior to building his consulting business, Luan managed major upstream and chemicals manufacturing projects across the globe for British Petroleum for 20 years. Before joining BP, he was a captain in the US Army. He holds bachelor’s and master’s degrees in mechanical engineering from Rice University and has completed the executive program at Harvard Business School. He is PMP (project management professional)-certified and a former member of the National Speakers Association. He may be reached at pete.d.luan@gmail.com or www.peteluan.com.