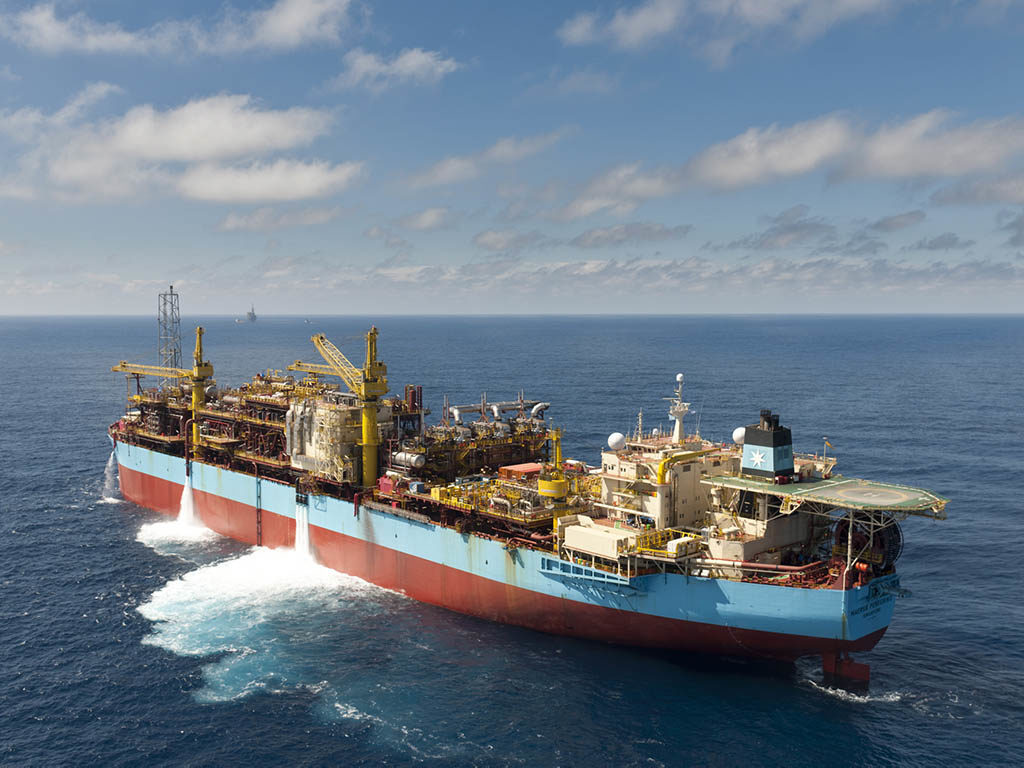 Douglas-Westwood forecasts that USD 99 billion will be spent on floating production systems (FPS) from 2014 to 2018, an increase of 138% over the preceding 5-year period. A total of 139 floating production units, or a 72% increase, is forecast to be installed.

The growth is driven by multiple factors, such as a larger proportion of newbuilds and conversions compared with redeployments, a greater degree of local content resulting in increased costs, and cost inflation in the offshore industry generally.

The slight dip in global orders in 2018 is due to the restricted visibility of future projects.

Floating production, storage, and offloading (FPSO) vessels are expected to remain the most common FPS concept. FPSOs represent by far the largest segment of the market in term of numbers (111 installations) and account for 80% of the forecast capital expenditure (Capex). Floating production semisubmersibles (FPSSs) account for the second largest segment of Capex (9%) with tension leg platforms (TLPs) third (8%). In the smallest segment, spar platforms have a forecast Capex of USD 2.9 billion (3%).

The forecast period highlights the increase in TLP installations and Capex compared with the previous 5 years. Thirteen TLPs with a total Capex of USD 7.6 billion are expected to be installed while only one unit was installed during the 2009–2013 period.

Latin America accounts for 29% of the 139 installations forecast and 38% of the projected Capex, with the majority of these installations being FPSOs. Latin America has higher than average capital costs compared with other regions because of Brazil’s higher proportion of expensive deepwater projects.

Africa is the second largest region, with a forecast Capex of USD 18.9 billion (19%). Like Latin America, a large proportion of the African installations will take place in deep water.

Although Asia has more installations (28) forecast than Africa (27), it will account for only USD 14.7 billion and a smaller proportion of global Capex (nearly 15%). The majority of Asia’s installations will be located in relatively shallow water and benign environments, requiring more straightforward FPS designs sourced from converted vessels, which are usually cheaper than newbuilds. However, the number of deepwater projects in this region is likely to increase over the forecast period as shallow-water basins reach maturity. An increasing proportion of newbuilds is planned, a consequence of the complexity of deepwater developments.

Although a predominantly shallow-water region where fixed platforms are used, western Europe is expected to see 21 FPS installations over the next 5 years. Some of these projects revolve around the rejuvenation of mature producing areas.

Three main factors are driving the sustained growth of the FPS sector:

As shallow-water opportunities become increasingly scarce, the development of deepwater reserves will accelerate rapidly. For a field in deep water, an FPS is the development method of choice, since fixed platforms are often ruled out on technical or economic grounds.

As a result, floating production expenditure in deep water is expected to total USD 68 billion from 2014 to 2018, equating to 69% of the value of the global FPS market. The deepwater market distribution for the next 5 years shows the continued dominance of Latin America and Africa, with Latin America expected to increase its share of forecast Capex from 46% to 50%.

The subsea sector has developed at a remarkable pace in recent years, enabling the economic development of fields in deeper waters farther offshore. Furthermore, subsea processing technology is maturing and is now enabling production to FPSOs from challenging reservoirs, including heavy oil.

Versatility enables FPSs to be used for a variety of different applications besides conventional life-of-field production, including extended well testing, early production systems, and rejuvenation projects.

FPSOs are also an attractive solution for marginal field developments, particularly in which an existing unit can be renovated, modified, and redeployed at a significantly lower cost than a newbuild.

Three factors that will affect the supply of units in the FPS sector are financing, local content, and leasing.

Financing remains a challenge for leasing contractors and smaller E&P companies as a result of Europe’s debt crisis. At the same time, local content requirements are pushing up prices and extending lead times, particularly in Brazil.

For the field operator, FPS ownership becomes the more cost-effective option when production extends over a long period. Alternatively, the decision to lease an FPS can be seen as a trade-off between the lower up-front Capex and the increased operational expenditure as a result of the leasing charges. However, leasing also brings advantages in terms of the cost of field abandonment.

The top three FPS-leasing contractors are SBM Offshore, BW Offshore, and MODEC, which collectively account for 37% of the leased fleet. The FPSO leasing sector has seen improvement with 86% utilization at present. However, the sector continues to be affected by project delays and cost overruns, with contractors reporting write-downs on new projects.

The FPS sector recovery continues steadily following the 2008–2009 downturn. A total of 54 units was ordered from 2011 to 2013 compared with the 23 units ordered during the downturn.

Marginal, deepwater, and remote fields will continue to be the areas of interest for the upstream E&P industry as the increasing global population and economies increase energy demand. The upstream E&P business is increasingly reliant on offshore reserves to achieve incremental production as most of the easy-to-access reserves onshore have already been exploited.

There has been limited growth in the annual value of installed units over the past 4 years. This year, however, is expected to show a significant increase. An analysis of the order book shows 56 units in-build at present compared with 51 reported in last year’s edition of the report.

The immediate near-term outlook is uncertain. There is potential for a “soft” 2014 in terms of units ordered as some E&P companies are forced to focus on returns and cut spending. To date, announcements from Hess, Shell, BG Group, and BP suggest this will be the case for some international oil companies. However, national oil companies and independents will most likely have more robust spending plans for 2014.

The FPS supply chain is causing concern among investors and E&P companies. The challenges in delivering large and complex production systems on time and on budget are such that cost overruns have become the norm, and delays in project sanctioning and project execution are more common than delivery on time. The industry is looking at ways of approaching FPSO projects differently, perhaps through a standardized approach to FPSO engineering.

Local content requirements are causing delays in project execution and cost overruns. The ambition of creating value and employment locally will need to be balanced with the need to have an efficient, competitive, and competent supply chain. These ambitions may continue to prove to be mutually exclusive. Political risk often compounds the challenges of local content requirements with issues, such as unstable fiscal regimes, changes of government, and regional conflict present in a number of upstream environments worldwide.

Damilola Odufuwa  is a researcher at Douglas-Westwood and works on consultancy and advisory projects, including due diligence analysis and research publications. She is the lead author of the World Floating Production Market Forecast 2014–2018. She holds a degree in financial economics and a master’s degree in international finance and economic development from the University of Kent.