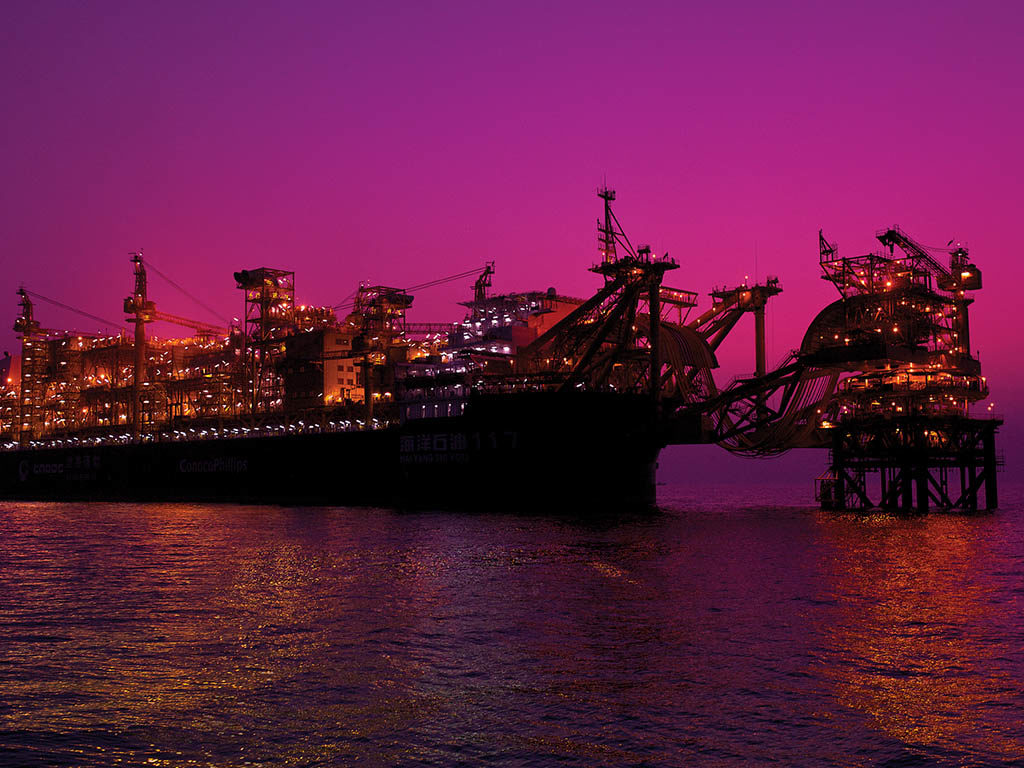 A continuing trend toward newbuilds and conversions compared to redeployments as well as projects that have already been sanctioned will ensure that spending in the floating production system (FPS) sector will remain high over the 2015–2019 period, forecasts Douglas-Westwood’s World Floating Production Market Forecast 2015–2019. The report expects USD 81 billion to be spent on FPS capital expenditure (Capex)—an increase of 73% over the preceding 5-year period. A total of 110 floating production units are forecast to be installed—a 41% increase.

The forecast period highlights the continued increase in TLP installations and their Capex, continuing on from
2014 ,which saw two TLPs, the Olympus and P-61 units, installed. While no units were installed between 2010 and 2013, 10 TLPs with a total Capex of USD 7.6 billion are expected to be installed over the forecast period.

Latin America accounts for 28% of the 110 installations forecast and 32% of the projected Capex, with the majority of these units being FPSOs (Fig. 1). The disparity between the two figures is from Latin America having higher than average capital costs compared to other regions because of Brazil’s higher proportion of expensive deepwater projects and high local-content requirements. Though the region is expected to have the highest Capex, it is unclear whether this will continue into the 2020s with the low oil price adding to the ongoing problems faced by Petrobras. These include a status as the world’s most indebted company and a corruption scandal that has engulfed much of the oil and gas industry in the country. Both these issues are likely to have an effect on the capital the company can assign to new units but are unlikely to affect the numerous sanctioned projects as Petrobras ensures units are ordered many years before they are required.

Africa will be the second largest region for spending, with a forecast Capex of USD 17.8 billion (22%). Like Latin America, a large proportion of installations will take place in deep water, which will continue to drive the spending in the region. The effect of deep water will be particularly felt during 2015–2017 when a number of >1000-m water-depth fields are anticipated to come on stream. This will be followed by a drop in Capex as the low oil price starts influencing the market. The frontier area of east Africa will be hit hard because of the unknown nature of its developments, which will lead to extremely limited deepwater production over the forecast period. If it was not for this east Africa-led drop in Capex, Africa would likely have been close to Latin America in spending and possibly would have overtaken it as the region with the highest FPS Capex.

Although Asia has more installations (25) forecast than Africa (20), it will account for only USD 10.4 billion (13%) of the global Capex. The majority of the units in Asia are located in relatively shallow water and benign environments, requiring more straightforward FPS designs and hulls sourced from converted vessels, which are usually cheaper than newbuilds. This is unlikely to change over the forecast period with major deepwater developments such as Chevron’s Indonesia deepwater development gas project seeing delays.

Although predominantly a shallow water region where fixed platforms are used, western Europe is expected to see a good number (19) of FPS installations over the next 5 years. Some of these projects revolve around the rejuvenation of mature producing areas.

Three main factors are driving the sustained growth of the FPS sector:

As shallow-water opportunities become increasingly scarce, the development of deepwater reserves will accelerate rapidly. For a field in deep water, an FPS is the development method of choice because fixed platforms are often ruled out on technical or economic grounds.

As a result, floating production expenditure in deep water is expected to total USD 55 billion over the 2015–2019 period, 68% of the forecast global FPS market Capex. Deepwater Capex would likely have been significantly more if the oil price had remained high, but with deepwater developments generally costing more they are likely to be deferred until there is a favorable oil price. As a result, much of the Capex in deep water will come from projects that have already been sanctioned.

Considerable versatility enables FPSs to be used for a variety of different applications besides conventional life-of-field production. These include extended well testing, early production systems, and rejuvenation projects.

FPSOs are also an attractive solution for marginal-field developments, particularly where an existing unit can be renovated, modified, and redeployed at a significantly lower cost than a newbuild. This is seen in a number of projects in western Europe and this trend will likely increase in the future as frontier areas such as east Africa or the Arctic are developed.

Three main factors will affect the supply of units in the FPS sector: financing, local content, and leasing.

Lower oil prices place additional strain on company budgets and have made financing a challenge for leasing contractors and smaller exploration and production (E&P) companies and greater efforts are being made to ensure delays and cost over-runs are avoided to maintain project economics. At the same time, local-content requirements are pushing up prices and extending lead times, particularly in Brazil.

For the oil company field operator, FPS ownership becomes the more cost-effective option in places where production extends over a long period. However, given the current macroeconomic environment, such Capex commitments may be deferred. Therefore, the decision to lease an FPS can be seen as a trade-off between the lower upfront Capex and the increased operational expenditure resulting from the leasing charges. However, leasing can also bring down the cost of field abandonment.

The top three leasing contractors, SBM Offshore, MODEC, and BW Offshore, collectively account for 35% of the leased fleet. The FPSO leasing sector has seen slight improvements with 87% utilization at present. However, the sector continues to be affected by severe project delays and cost over-runs, with contractors still reporting write-downs on new projects.

The oil price collapse will have a considerable effect over the forecast period, leading to significantly less spending than would have been expected if oil had stayed at a high price. Orders in 2015 and 2016 will be the most affected, with a knock-on effect on 2018 installations. Up until the oil price collapse, the FPS sector recovery following the 2008/2009 downturn had continued steadily. A total of 68 units were ordered from 2011 to 2014 compared to 23 units during the downturn.

Marginal, deepwater, and remote fields will continue to be areas of focus for the E&P industry and FPS units are a key enabler for production. Growth in these areas will however be tempered by the low oil price. Energy demand is growing as a function of population and economic growth and the upstream E&P business is increasingly reliant on offshore reserves to achieve the incremental production as most of the easy-to-access reserves onshore have already been exploited.

2014 was a good year for commissioning in the industry, showing more growth than 2013. Prior to 2014 there had been little growth in the annual value of installed units over the previous 4 years. 2015 is expected to show a slight decrease in the value of units deployed. Analysis of the order book shows 51 units being built at present—slightly fewer than 56 forecast by Douglas-Westwood in its previous edition of the report, and with fewer units expected to be ordered, a downward trend may be seen for the next few years.

The immediate near-term outlook is uncertain but points to continued growth, stymied by the low oil price. The effect of oil price combined with the focus of operators toward cutting Capex will ensure that 2015 orders are low and this could last well into 2016. Orders in the last few years have been strong, however, and this will ensure that the market for installations is high. Projects already sanctioned are unlikely to be deferred due to the low oil price, although other unforeseen delays are possible.

FPS projects have grown in complexity and cost and billion-dollar FPSs are increasingly common. Deeper waters, challenging reservoirs (e.g., very high- or low-pressure reservoirs, sour hydrocarbons, high water content) all drive complexity and cost increases. Despite the focus on cutting Capex, which has become more prevalent since the oil price collapse, many FPS units will continue to cost in excess of a billion dollars due to the requirements of these challenging fields.

The FPS supply chain is causing concern among investors and E&P companies. The challenges in delivering large and complex production systems on time and on budget are such that cost over-runs have become the norm and delays in both project sanctioning and project execution are more common than delivery on time. The industry is looking at ways to approach FPSO projects differently, perhaps through standardizing FPSO engineering.

Local-content requirements are causing delays in project execution and cost over-runs. The ambition of creating value and employment locally will have to be balanced with the need to have an efficient, competitive, and competent supply chain. These ambitions may continue to prove to be mutually exclusive. Political risk often compounds the challenges of local-content requirements, with issues such as unstable fiscal regimes, change of government, and regional conflict present in a number of upstream environments worldwide.

There is also upside potential, if the supply chain can deliver and if the operators are willing to move ahead. Douglas-Westwood has been tracking more than 160 FPS deployment opportunities and have taken a realistic appraisal of these projects before arriving at the forecast of 110 installations in the 13th edition of the forecast report. Ultimately, FPSs are likely to remain the only option for deepwater developments for the foreseeable future and an attractive proposition for marginal and remote fields. Given the increasing reliance upon reserves in these areas, we have confidence in the long-term growth of the FPS sector despite the current evident risks and disruption.