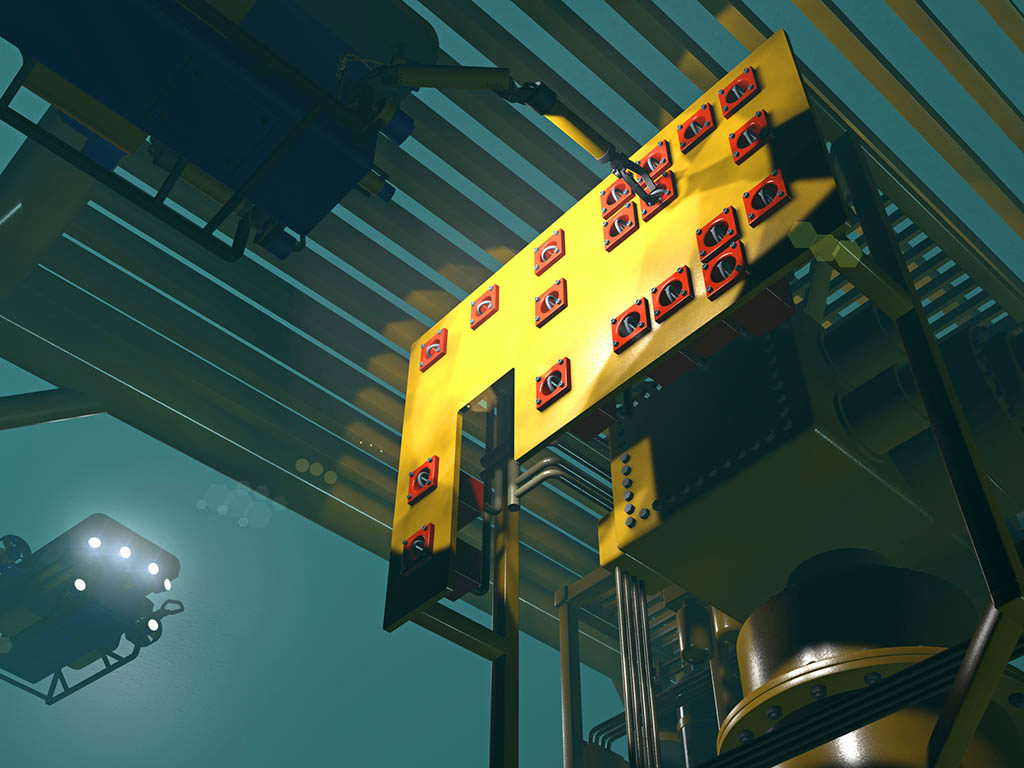 Over the next 5 years Douglas-Westwood (DW) expect USD 122 billion to be spent on global subsea vessel operations—an increase of 64% compared with the previous 5-year period. The growth will be driven not only by volumes of work, but also by the growing use of higher-end vessels capable of coping with increasingly harsh operating conditions and evolving customer requirements for safety and operational efficiency. These are among the key findings from DW’s World Subsea Vessel Operations Market Forecast 2015–2019.

Field-development activities, including the installation of subsea, umbilicals, risers, and flowlines and light/medium construction, will account for 40% of the forecast expenditure. Given the prevalence of high-value assets, such as reel-lay, flex-lay, and larger multiservice vessels (MSVs), this segment is the most cost-intensive in the subsea vessel industry and accounts for just 35% of the anticipated vessel days over the next 5 years.

The field-development market will enjoy the fastest growth profile, driven primarily by continued presalt developments in Brazil, revitalized activity in the Gulf of Guinea, and the emergence of east Africa. These regions account for 48% of the projected global spend. Longer term, presalt potential in the Gulf of Mexico, signaled by Pemex’s recent Vasto prospect, could see the region become a major buyer of subsea vessel services.

The installation, repair, and maintenance (IRM) of existing infrastructure will account for 42% of the total vessel-operational-day requirements—the largest of all market segments. However, a tendency to use smaller vessels and long-term contracting leads to only 39% of the projected spend. Unlike field development, the IRM market is less associated with deepwater/subsea projects and is driven by conventional, shallow-water infrastructure. Asia and North America will dominate global IRM requirements accounting for 46% of the projected expenditure. The former, in particular, is becoming an increasingly attractive market to international contractors as local operators turn to more modern diving support vessels (DSV)/MSV assets to improve operational efficiency.

Construction of export pipelines and international trunklines, including supporting DSV and MSV activity, will account for 19% of projected spend over the period. Total volumes of activity are expected to be sustained at around current levels with the Middle East and Asia retaining a combined 66% share of the market. Geopolitical uncertainty in Europe is threatening the viability of high-profile trunklines construction, such as Gazprom’s South Stream project, which could affect the anticipated demand for both dedicated pipe-layers and support vessels.

Subsea well intervention is the smallest market segment covered in DW’s definition of subsea vessel services, accounting for just 5% of the forecast spend. Aimed at providing a cost-competitive means of improving productivity from aging subsea wells, subsea well intervention had previously been seen as a game changer for the subsea market, but operators’ hesitance to adopt new technology has seen it fall out of focus in recent years—a fact compounded by Total’s recent cancellation of a contract with Aker Oilfield Services in June 2014. Therefore, DW expect limited growth in this segment with activity continuing to be focused in the North Sea, where a combination of aging well stocks, falling well productivity, and relatively shallow waters provide the biggest incentive to the local exploration and production (E&P) community.

Africa will remain a strong contributor to subsea vessel demand, accounting for 16% of the global vessel operations expenditure at USD 19.8 billion from 2015 to 2019. The significant increase in expenditure from the preceding 5 years is due to higher vessel-specification requirements as deeper water activities increase. Vessel demand is also anticipated to increase by 57% from the 2010–2014 period. Projects in countries, such as Mozambique and Tanzania, will contribute to regional spending.

The majority of subsea developments in Asia are located in shallow waters, but this is expected to move toward water depths beyond 1000 m over the next 5 years. Deepwater developments are driven by projects such as Chevron’s Gandang, Gehem, and Gendalo fields, Reliance Industries’ M-1, and Shell’s Kamunsu East. Malaysia and India are expected to account for the largest field-development-related vessel demand in Asia from 2015 to 2019.

Subsea vessel demand will be largely driven by shallow-water liquefied natural gas developments in western Australia from fields in the Bonaparte, Browse, and Carnarvon basins. Vessel requirement is also anticipated to increase by 54% compared with the 2010–2014 period. Field development will account for the largest requirement in the region followed by IRM. Subsea trees in deeper waters are expected to be installed toward the end of the forecast period on the Great Gorgon and Scarborough projects.

The majority of the eastern Europe and FSU regional developments are shallow-water with an increasing number of deepwater projects coming online in the Caspian Sea through the forecast period. The majority of regional expenditure is associated with pipe-laying and pipeline-support vessel activities because of large pipeline-installation projects in Azerbaijan and Russia. Vessel demand is anticipated to be approximately 22,000 days during the forecast period.

Latin America is one of the largest regional markets with total expenditure amounting to USD 18.2 billion from 2015 to 2019, an increase of 86% from the 2010–2014 period. Vessel demand is also anticipated to increase by 50%. The growth in the region will be led by the field development sector (59%), which will peak in 2018 because of Petrobras’ projects. A large majority of developments will be ultradeepwater projects in fields such as Lula and Lara.

Total spending on vessel operations in the region amounts to USD 14.2 billion. Subsea expenditure in the region will largely be driven by pipe-laying and supporting vessels, as well as IRM-related vessel spending. The majority of pipeline-related projects are expected to occur in Iran and Kuwait. Field-development-related vessel expenditure contributes marginally to the region’s spending from 2015 to 2019 with the exception of deepwater offshore gas field developments in Noble Energy’s Leviathan field.

North America is a large, mature subsea market with deepwater developments predominantly in the US Gulf of Mexico. Over the next 5 years, there will be an increased portion of subsea developments in water depths beyond 1500 m. IRM-related vessel expenditure represents 63% of regional spending, which is the biggest of all the regions, because of the large installed base of offshore infrastructure.

Norway is a mature region where the majority of production is located in shallow waters. However, field development is expected to total 55% of spending resulting from the increasing activity in water depths from 250 m to 499 m as well as in deepwater areas with such projects as Aasta Hansteen and Ormen Lange.

Similar to Norway, the UK is considered a mature region with harsh subsea operating conditions in the North Sea. The majority of the subsea production will take place in shallow waters with subsea trees tied back to existing infrastructure. Field-development spending represents a significant portion of regional vessel-operating expenditure (54%). The majority of the developments are led by international oil companies and independent oil companies. Key projects driving the UK subsea developments over the medium term include Fairfield Energy’s Darwin and Premier Oil’s Greater Catcher.

The rest of western Europe is a mature region with the majority of subsea production attributed to shallow waters. The IRM-related vessel expenditure will remain high, driven by a large number of mature subsea infrastructure. The region will experience a moderate compound annual growth rate of 0.3% over the forecast period with a lack of project visibility in 2019. Deepwater developments (beyond 500 m water depth) should occur off the southeastern coast of Cyprus and the Atlantic side of Ireland.

Cyclicality is an inherent characteristic of the subsea vessel industry. To date, there have been two major build cycles, during which the size of the global subsea fleet increased by 112%, driven by interworking factors such as the changing E&P environment and oil and gas prices.

Among the various vessel types, MSVs have the highest order-book/existing-fleet ratio. Across the global subsea vessel fleet, average vessel days are expected to become more expensive caused by the increasing demand for higher-specification vessels and stringent customer requirements.

There will likely be a decoupling of supply from demand because of market fragmentation as more vessel owners enter the market. A growing number of vessels are being constructed in the Chinese shipyards as attractive financing terms lower building costs for vessel owners. Despite the potential growth in subsea vessel supply, DW still see a shortage of vessels in regions with harsh operating conditions, requiring units with higher specifications.

Global expenditure for subsea vessel operations will grow over the next 5 years. The increase in expenditure will be driven by: the growing requirements for vessels to operate in harsh conditions in isolated regions; the need for longer vessel stays on site; and the large increase in deepwater activities. The outlook for subsea vessel activities will be robust over the forecast period in Asia, Africa, Latin America, and North America. Despite unprecedented levels of recent vessel deliveries, increasingly complex operating conditions and stringent customer requirements will drive demand for further deliveries.

Chen Wei is a researcher at Douglas-Westwood in Singapore. He holds bachelor’s degrees in economics and finance from the Singapore Management University. He previously was an associate at Continento Research Private Ltd., where he conducted research and data analysis on the maritime sector, and served as an intern at IHS Private Ltd.