The Value of Mentoring in Career Development 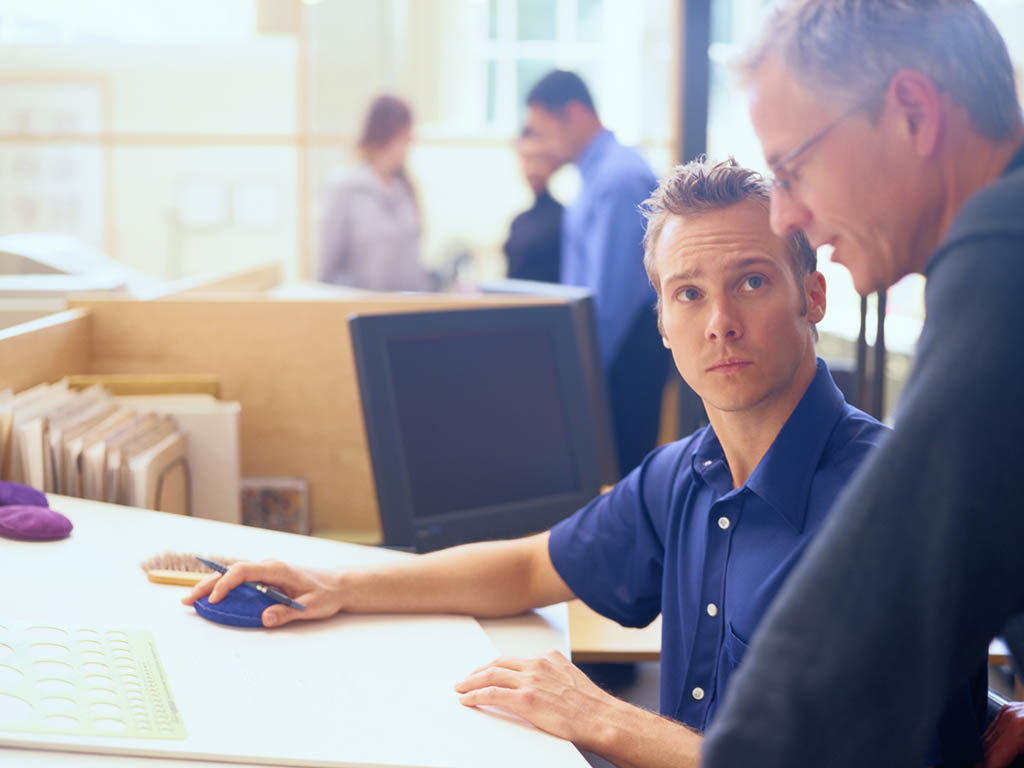 A few weeks ago, I noticed that someone had viewed my LinkedIn profile. We all have had this happen, and often it will be recruiters or business development professionals looking for contacts, or people who wish to remain anonymous for some reason. (Really? Do not be so sneaky.) But once in a blue moon, it will be an individual from your past with whom you have lost contact. For a brief moment, you take a trip down memory lane and reflect on how that person influenced you. Fortunately, most are positive influences and the recollection brightens your day.

The viewer of my profile was one of my first bosses, Keith. He was the senior vice president of sales and marketing for a defense contractor in southern California, where I started my career almost 30 years ago. I remember him being larger than life in both size and presence. He was intimidating initially, but I soon came to realize that although his personality was strong, his management style was fair. He would certainly bust your chops when you made a mistake (I made a lot), but he would also ensure that you recognized the lesson learned from the mistake.

I remember submitting an expense report in the early tenure of my position on Keith’s team. Because I was in the field for long periods of time, Keith permitted me to replace a few articles of ruined clothing. The company’s comptroller paged me one afternoon (Al Gore was still inventing the Internet, so email was not yet an option) and proceeded to chew me out for not complying with company procedures. When Keith heard about this, “it hit the fan” and he dressed down the comptroller with me listening to the conference call. The discussion included the signature for approval and why the issue was being addressed with me. After the call, I knew that my boss “had my back.” He looked out for his team. It gave me confidence in executing my job, knowing that no matter how I might mess up … he would support me.

A few years later, another boss affected my career development. Bill was a stickler for the correct writing of reports. Automatic spelling and/or grammar check did not exist on computer programs, so we were left to our own devices to “get it right.” Initially, Bill returned my reports, marked up with red ink and appearing as if they had been used to clean up a gruesome scene from a movie. Over time, I seemed to be getting the hang of it and the red markings became less frequent. It was a challenge to submit a report and to see how few comments were returned.

I am fortunate to have been guided and molded by Keith, Bill, and others and have drawn upon their mentoring and management styles throughout my career and in interactions with junior colleagues.

Today, mentoring seems more commonly used as a human resources term instead of being practiced. I have asked colleagues for their thoughts and it appears I am not alone in my opinion. My suspicion is that the advent of the Internet and social media, and the “great crew change” (GCC) has contributed to the loss of the mentoring skill set.

It seems to me that the gap that exists as a result of the GCC has helped to foster a culture that seems to be centered on just getting it done—on time, under budget, and in compliance with company policies and procedures. This is not a terrible thing at all and is a necessity in this day and age. As a consequence, however, we seem to have lost a bit of the personal touch from which I benefited in my early career. Granted, some would argue I needed it a lot more than others, but it still seems that we, as the “old guard” could do a better job in guiding the beginners—and the beginners could do a better job of recognizing the value of this guidance.

Some people would assert that during my early career, my arrogance impeded my growth. I think they were right. I became knowledgeable in my field and thought that I had all the answers, all the time. Those “old guys” who did not agree with me, “just did not know.”

I failed to recognize some valuable opportunities for personal growth that could have evolved from those relationships. Instead, I spent a few years alienating the individuals that could have provided a path for my development into a professional in a much more expeditious manner than the path I chose. I recognize, as well, that the alienation I was unknowingly generating quite possibly encouraged the “old guys” to give up their efforts on other young and ambitious “newbies” and damped their desire to pass on their knowledge and life experiences. I reflect back on these decisions and truly regret some of my past actions, as we all do to one degree or another.

So, if companies have regimented mentoring programs, possibly ill-suited to knowledge transfer and, as a colleague suggested, the early-career people “are just ticking the box on their way to the next promotion,” where do we look for mentoring to exist and thrive?

SPE offers opportunities to foster mentoring relationships with recently graduated oil and gas colleagues and a place for more experienced members to give back. I have found that the Internet and social media, although valuable for obtaining information, will not impart knowledge. Through SPE involvement, I have seen that the art of mentoring and knowledge sharing are still in place.

Using any of the following avenues to encourage participation (some of my colleagues may say browbeat) allows for knowledge sharing, social interaction, and access to individuals who, just by their willingness to participate and be involved, have opened themselves up to providing mentoring opportunities:

I encourage the experienced individuals in our industry to make an effort to give back: Provide guidance, become a mentor, and make a lasting impression on a young professional’s career.

Brad Nelson is the general manager for Americas at Maxoil Solutions, a specialty consultancy company based in Aberdeen with offices in London; Perth, Australia; Stavanger; and Houston. He has almost 30 years’ experience in the oil and gas industry, primarily in separation systems, and has held roles in troubleshooting and optimization for onshore and offshore field operations. Most recently, he has held business development and managerial positions.

Nelson is an SPE member and the treasurer of the Separations Technology Technical Section. He is also a member of the SPE Gulf Coast Section’s Project, Facilities, and Construction study group and a board member of the Produced Water Society.

Although OFS employment is at its lowest point since March 2017, job losses slowed in August as companies start to recover.