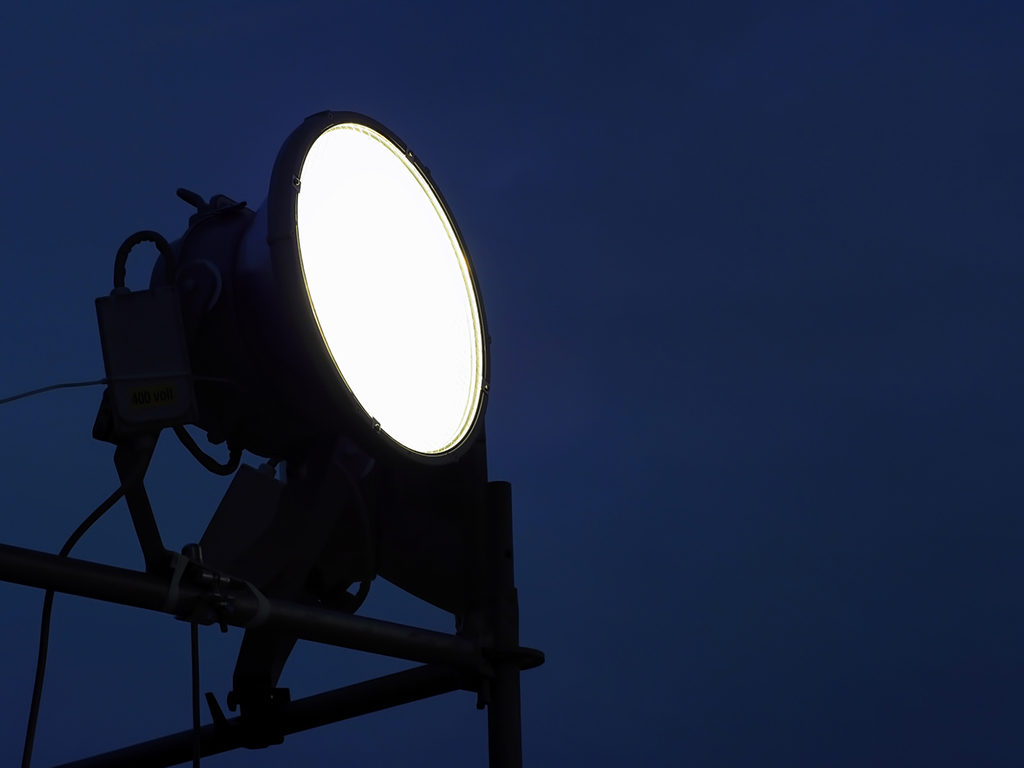 The term “bright skies” generally connotes optimism, except when used to describe the skies at night. Finding a naturally dark sky has become increasing difficult as the global population and development grows. A contributor to the brightening glow on the United States horizons is the increased activity in oil and gas fields, especially in the Bakken, Eagle Ford, and Permian Basin plays.

In a webinar hosted by SPE Training Courses, William Wren, a special assistant to the McDonald Observatory, said, “For the longest time, the brightest thing in our sky, besides the sun and the moon, was El Paso at 160 miles away.” Established in 1939, the observatory sits atop a mountain peak near Fort Davis in west Texas and contains the Hobby-Eberly Telescope, the largest optical telescope in North America.

Since 2010, the nighttime sky along the observatory’s northern horizon has been steadily and rapidly brightening. The excessive sky glow is coming from temporary activities, such as drilling, flaring, and from permanent installations for storage, pumping, and disposal associated with oil and gas activities in the Permian Basin.

The Permian Basin, which extends across west Texas to southeast New Mexico, generates a white glow visible for at least 40 miles and obscures the view of the stars. More than 450 drilling sites, facilities, and equipment are brightly lit at nighttime. Wren said, “I don’t use the words ‘light pollution’ very often, but it’s very descriptive of what’s going on. I find that people tend to think that I am going to chain myself to the nearest lamppost.”

The telescope is undergoing a USD 30 million upgrade to enable the observation of galaxies that are 9 billion to 11 billion light-years away. Dark skies are needed for the telescope’s detection of visible-light particles (ranging from only 3 to 4 photons). “If the night sky is too bright, we can’t detect the distant small light in the ‘noise.’ We are out of business without our dark skies,” Wren said.

In 2011, the Texas legislature passed a bill, which was signed into law and instructs the seven counties surrounding the observatory to adopt outdoor lighting ordinances designed to preserve the dark night skies for ongoing astronomical research at the facility. The 28,000-sq-mile land area is the largest in the world where dark skies are legislatively protected.

Wren understands the need to provide light in work areas for crews’ safety and security and is not an opponent of drilling activities. He said, “We’re not against the energy industry. It’s a question of keeping the light on the ground and not wasting it into the night sky. Outdoor lighting is not an issue that crosses minds. Awareness must be built.” He is dedicated to raising the awareness of the light problem with operators and educating them about the changes that would allow the coexistence of well-lit work sites and dark skies.

Last year, Wren worked with Pioneer Energy Services to identify safe and cost-effective modifications that could decrease the light directed into the night skies. He observed that drilling rig lights can be excessively bright and produce a blinding glare because of a lack of shielding, poor placement, or incorrect aiming.

During Wren’s visit to a west Texas rig, its crew members pointed out conditions of poor visibility because of the glare from an unshielded and poorly placed light fixture, a blast-resistant, teardrop-shaped globe enclosed by a wire mesh (360° light). The light was aimed in a driller’s direct line of sight, thus interfering with his view of gauges and controls. The fixture had been fitted with a makeshift glare shield in the form of a rag stuffed between the wire mesh and the globe.

Wren said that most lighting manufacturers offer optional glare shields for fixtures. The cover’s effectiveness depends on the mounting height of the fixture, extent of the shielding, and direction of aim.

Tests with shielded 360° lights resulted in reduced glare. But many fixtures were mounted too low to provide adequate illumination over large areas. Since the fixtures are taken down every few weeks when the rig is moved and reinstalled at the new site, the use of taller light poles is avoided because they are cumbersome during moves. The large, deep shields are not effective at low mounting heights; however, different cover sizes are available. A light fixture mounted on the outside of the rig over stairways provided improved illumination on the stairs when fitted with the deeper shield.

Floodlights are often positioned without consideration as to where they are aimed or what they are illuminating. They often point horizontally instead of downward, “wasting half the light into the sky,” Wren said. Simple adjustments, such as aiming the light downward or using directional shields around bulbs, allow plenty of light for safe working conditions and keep the light out of the night sky. Turning off lights when they are not needed or switching to more efficient light bulbs can further reduce energy usage.

Light-emitting diode (LED) lights require less energy and may be more cost-effective, Wren said. Some LED lighting systems offer optional motion sensors and security cameras. However, “the system must be robust to overcome the Pioneer crew’s perception that ‘it’s something else that is just going to break,’” he said.

At the end of the project, the workers’ consensus was that visibility at night was improved and the reduction of glare was the most important benefit. “What was a skeptical crew a year ago is now thrilled with the results,” Wren said.