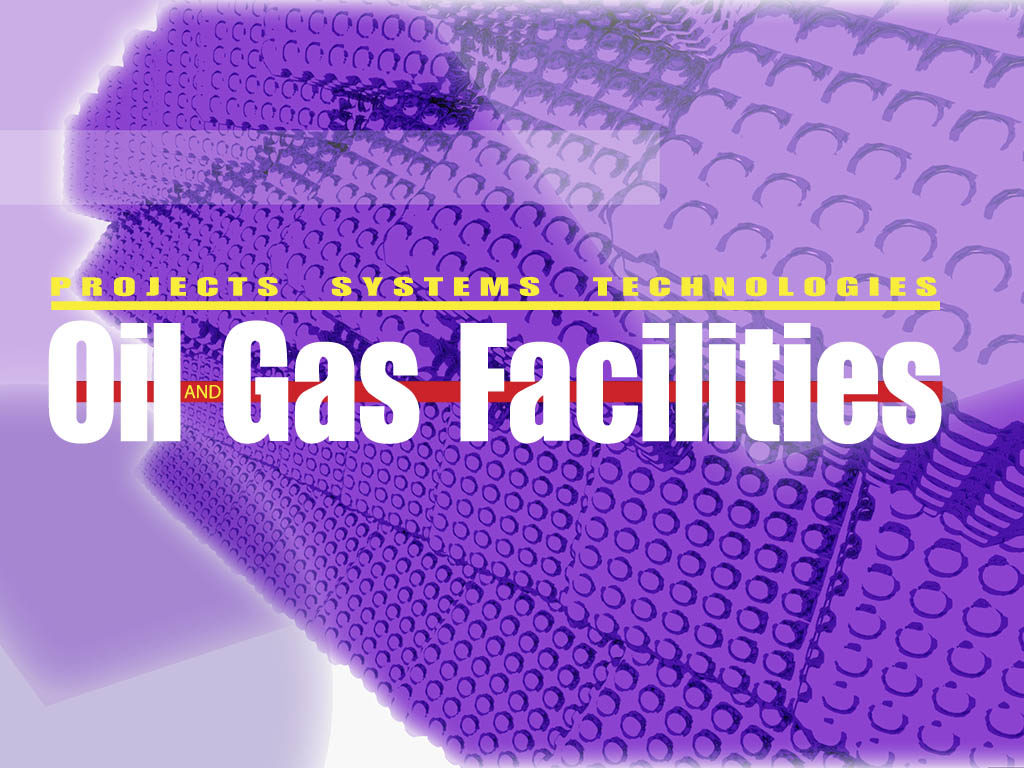 The role of human factors is widely recognized as critical to improving safety performance across industries, such as aviation, industrial, chemical, and oil and gas. An indication of the term’s importance to the oil and gas industry is the capture of more than 6,000 results in a search on www.OnePetro.org. Conferences, workshops, training courses, technical sections, and committees are also dedicated to the subject around the world.

The definitions of “human factors” vary, but one thing is clear—human factors are the targets in effecting change in behaviors related to performing work safely. Human factors include the behaviors driven by habits—individual and organizational—and their consequences.

I recently spoke with Charles Duhigg, a Pulitzer Prize-winning investigative reporter at The New York Times and author of The Power of Habit: Why We Do What We Do in Life and Business. The book addresses new and often surprising insights from fields, such as cognitive science, on what habits are, how they are formed and changed, and how they affect our lives.

In the interview, Duhigg discussed how habits apply to the oil and gas industry, which is particularly interested in the effects of habits on its safety performance. Do people perform unsafe acts out of habit, and can those habits be changed?

OGF: In your book, you argue that that in almost any scenario in life, habits can be changed, provided that we know how they work. How is a habit formed?

CD: Researchers at the Massachusetts Institute of Technology discovered a simple neurological loop at the core of every habit, a loop that consists of three parts: a cue, a routine, and a reward. A cue is like a trigger for an automatic behavior to start, followed by a routine, which is the behavior itself. Finally, there is a reward. The reward is something that the brain likes, signaling it to remember this pattern for the future. An example is cue—running shoes left next to a bed; routine—go for a run first thing in the morning; reward—an endorphin rush (feeling of exhilaration) and a healthy breakfast. For years, the routines, or behaviors, were the focus of the study of habits. In the last decade or so, we know from experiments that the cues and rewards shape how these patterns emerge and how to go about changing them. When scientists began learning about the neurology of habit formation, they found that people used the brain’s prefrontal cortex to make decisions. From an evolutionary viewpoint, the prefrontal cortex is relatively recent. As the decisions become automatic, for example, as a person learns to recognize that there are doughnuts in a certain box, the brain starts working less, deferring the process to the basal ganglia, one of the evolutionarily oldest parts of the brain. The prefrontal cortex essentially goes to sleep when a habit is occurring. Backing your car out of the driveway illustrates this process. At first, it requires concentration, but once it becomes a habit, you do it almost automatically, while thinking about something else, such as a meeting that you are heading to at work, or the music on the radio.

OGF: You described the case of a man named Eugene Pauly, who through illness lost the ability to form new memories. It could be said that he was incapable of learning, yet he was able to form new habits. How is forming a habit different from learning or remembering?

CD:  They are actually very much interrelated. When neurologists talk about learning, one of the things they study is habit formation. Habits are integral to how we form and use memories. Pauly became a profound amnesiac after contracting viral encephalitis. His ability to form habits showed that their formation occurs in part of the brain different from memory. When we talk about memory, we are usually referring to “explicit memory”—our ability to remember specific events, which is what Pauly lost. Habit formation is a different type of memory. A habit results when a brain learns a certain pattern and becomes reliant upon that pattern without us being completely aware of the process.

OGF: People believe that the majority of their actions at work are driven by conscious choices. You argue that a significant fraction of our actions and “decisions” are the result of routine actions (habits). How can this occur without us realizing it?

CD: We know from studies that about 40% to 45% of the decisions we make every day are habits. A good portion of our day is spent at work, so we know that a lot of these habits/decisions are going to happen there. In addition to personal habits exerting themselves upon our work life, there are also organizational habits.

CD:  Study after study has shown that companies tend to develop organizational habits that operate similarly to individual habits—a cycle of cue, routine, and reward. Once we learn how to recognize organizational habits, it gives us insights into why those behaviors develop. In organizations, there are some things that happen all the time, but have never been written down or explicitly prescribed. For example, everyone knows that if you want to get something done, go to a particular executive instead of another, because the first one is better at making things happen. Another example is to use a formalized process to offer criticism to take the sting out of the words. These are organizational habits, patterns that develop without anyone explicitly saying “this is how things should happen.” The behaviors are triggered by a cue and deliver a reward.

OGF: You discuss the process of changing habits by changing routines, often while keeping the same cues and rewards. How would an organization use that approach to change its habits?

CD:  It is a matter of recognizing the organizational habits. The same types of patterns exist among hundreds or thousands of people throughout an organization, and they react to cues and rewards in similar ways. As an analog to personal habits, this behavior can be changed by paying attention to the cues and rewards, or the habit loops, that drive the almost unconscious behaviors.

OGF: You discuss Paul O’Neill, the former chief executive officer at Alcoa, who modified a “keystone habit” to transform the company’s safety culture. Please describe the concept of a keystone habit and how it can be identified to create a meaningful cultural change.

CD: Researchers have found that some organizational habits matter more than others. When these habits change, they set off a chain reaction that influences other behaviors without people recognizing it. Within the literature, these habits are referred to as keystone habits. Keystone habits are important habits, because they can unlock other changes. They vary with industry and are driven by the self-identity of the organization. For example, at IBM, the keystone habit is research and development (R&D)—how the company structures its R&D goals. For a sports team, the keystone habit has more to do with camaraderie and teamwork. In the production of oil and gas, worker safety is absolutely a keystone habit. In contrast, in the case of laboratory R&D (vs. field R&D) on new extraction methods, the keystone habits may be those that drive innovation. At Alcoa, the keystone habit was worker safety, which was a core issue for the people working on the floor, the union members, and managers. O’Neill realized that the reward executives sought most was moving up the corporate ladder. To achieve the reward, the typical routine at Alcoa, as at most big companies, was to sell more goods while lowering costs. Alcoa, however, had become stagnant before O’Neill arrived in 1987. Profits from its aluminum products had flatlined, new product lines were faltering, and investors were wary. He changed the company’s operational structure: Any time an employee got hurt, the senior members of the department had to deliver a plan to O’Neill within 24 hours, outlining why the accident happened, the mistake that caused it, how the mistake would be fixed, and what would be done to make sure that the accident never happened again. Executives who did not embrace this routine were fired or not promoted. O’Neill’s emphasis on safety altered Alcoa’s culture. To meet his safety targets, managers and bottom-rung workers began showing initiative instead of waiting for orders. Productivity soon began rising, as did the company’s overall financial performance. O’Neill used the existing cues (accident/injury) and rewards (promotions), but mandated new routines (delivery of accident reports within 24 hours) to achieve the rewards.

CD: Everyone, regardless of where they are in their careers, wants more willpower. Starbucks was dealing with young employees, many in their first professional experience, to teach them elementary aspects of willpower. No matter where you are within a corporation, its environment can influence how much willpower you have. Companies that pay attention to this can create an environment where willpower is more easily attained. For example, in a culture where people email low-importance requests and expect to get a reply within 5 seconds, you are going to have a place where people are distracted. They lose willpower, because their attention is directed to responding to emails instead of getting work done. Good companies think about developing the right habits and strengthening people’s willpower, instead of detracting from it.

OGF: Please share your insights on how the power of habit could improve the safety performance in the oil and gas industry.

CD: I think there are opportunities for changing worker safety habits by diagnosing the observed habits (behaviors). To change a habit, you must keep the old cue, deliver the old reward, but insert a new routine. Are people being rewarded for doing the right routine? Everyone wants to be safe. No one says, “I want to be a danger to myself, or put my colleagues in danger.” Oftentimes, when accidents happen, it is because we become complacent, behave without paying attention, or because we lose track of all the risks around us. You fight that by developing habits to help you to stay vigilant. Pay attention to what is relevant and important, so that doing the right thing feels automatic.