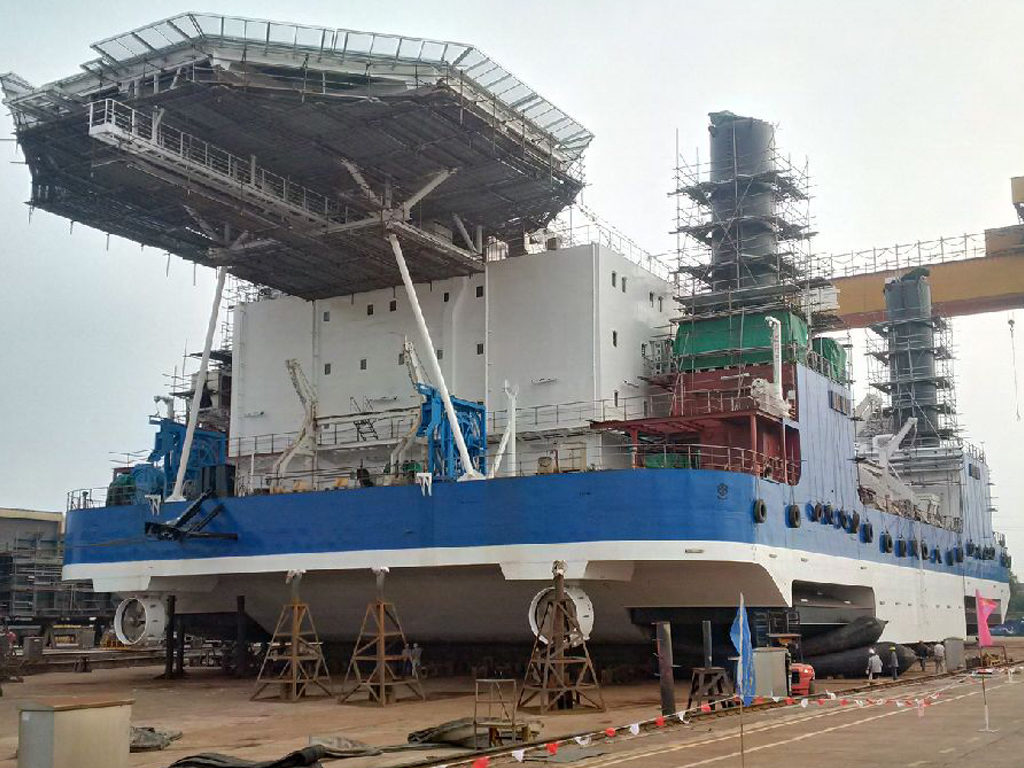 Aqualis Offshore
The self-elevating liftboat is a four-legged, DP2, self-propelled vessel with a working depth of 70 m.

Mekers Offshore, a Zhejiang-based company, launched its first in a series of liftboats at Shanghai Bestway Dajin Heavy Industries yard in Jiangsu, China. Aqualis Offshore, an Oslo-based company, was contracted by Mekers Offshore to supervise the construction of two new liftboats, each valued at USD 58 million. Mekers and Shanghai Bestway are majority-owned by the same controlling shareholder.

The self-elevating liftboat is a four-legged, DP2, self-propelled vessel with a working depth of 70 m. It can house up to 250 people and is suitable for workover and well intervention with a large open deck area capable of carrying equipment and supplies for offshore exploration, production, and support activities. The unit is capable of rapid deployment to provide a stable platform in its elevated position for maintenance and construction work.

The first liftboat is expected to be delivered in Q1 2017 with the second unit to follow later the same year.

Wärtsilä signed a contract in January with Shanghai Bestway Marine Engineering Design Co. to design a new type of deepwater dive support vessel (DSV). The ship is to be built for China state-owned Shanghai Salvage Bureau (SSB), a salvage company in China.

The Wärtsilä design includes deepwater (6000 m) salvage operations, deepwater pipe laying and construction work, and saturation (SAT) diving operations for 24 divers using two diving bells. SAT diving is a technique that allows divers to reduce the risk of decompression sickness when working at great depths for extended periods of time. All the design features are based on a single platform operating with DP3. When built, this will be the world's first SAT diving support vessel with multilay and ultradeepwater construction capabilities, Wärtsilä said.