Risk Society: The Distribution of “Bads” 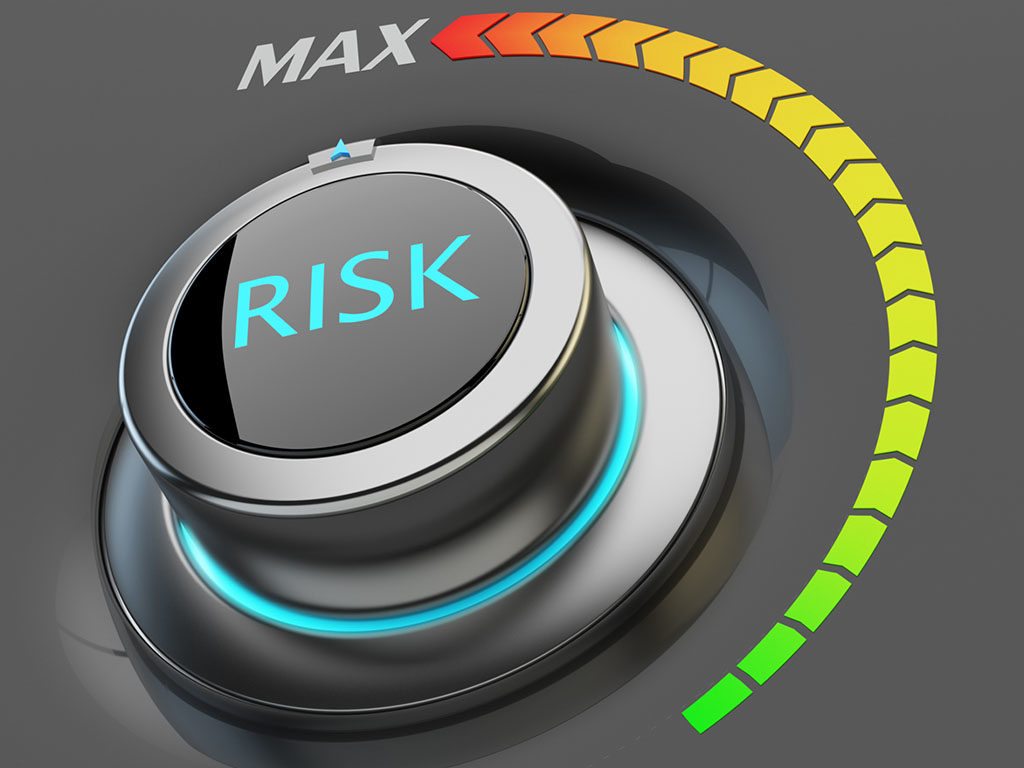 For this column, I have elected to do a book review on Risk Society by Ulrich Beck in which he argued that we are in the midst of a major cultural change in Western society. The following is a summary of Beck’s arguments.

Modern society has become a risk society in that it is increasingly occupied with managing risks that it has produced. Beck’s insights help to explain two major changes of importance to the oil industry: the increasing safety consciousness that has made operations safer and the decreasing risk tolerance that has resulted in increasing public resistance to development.

The last major cultural change occurred in the 17th century when the Age of Enlightenment ushered in the Industrial Age and society changed from a feudal society to an industrial society.

In the feudal society, life was organized around church, extended family, and the village community (Roxburgh 2011). Risks were local and risks that were not understood were managed by religious belief and magic. The community was more important than the individual.

Major changes to society accompanied the Enlightenment. The basis of the industrial society has been the manufacture and distribution of goods, enabled by science and the emergence of corporations and nations. The shift in allegiance from village community to corporation and state empowered the individual to forge his (and eventually her) own success. The influence of church declined, and extended families disappeared and were replaced by nuclear family units.

Initially, it seemed as though science would solve all the vexing problems of mankind—disease, poverty, hunger, and perhaps even conflict and war. But science failed to eliminate risk.

The industrial society has created risks far worse than those faced in the feudal society. Certainly major strides have been made against diseases of all types, but diseases still afflict us and the very medicines that cure a disease also serve to incubate more tolerant pathogens.

Science has created the ability to grow far more food per person and per acre, but this has not cured hunger. Instead, it has led to an exponential rise in the world’s population. Many people are much better fed today (and increasingly overweight), but many others are left hungry.

The industrial society has wrought hazards as side effects, many wholly unexpected. The industries that create the goods we enjoy also spew pollution, create horrific weapons of mass destruction, and enable the rapid spread of pathogens and divisive communication.

Chlorofluorocarbons once threatened the ozone layer and greenhouse gases now threaten catastrophic climate change. In the early days of atomic energy, experts assured us that the risk of a meltdown was one in a million years; in the past 40 years, we have had two.

As people in developed countries became better educated and as the risks wrought by industry became better understood and more widely communicated, faith in science, corporations, and government all decreased in the waning years of the 20th century. The questioning of authority is ushering in the risk society. Whereas the industrial society was based on the distribution of goods, the risk society is characterized as the distribution of “bads,” or risks.

The irony is that science promised to eliminate risks. By its very success, science has created other serious and unforeseen risks. The risks are obvious to us mainly because science can identify and define them. Though faith in science has been weakened, science is generally seen as the solution.

The industrial society was created by science and the power of science is its ability to critically examine nature. The failure of science that is causing a transition to the risk society has been its failure to critically examine itself. Science largely failed to anticipate the long-term effects of its successes, and scientists have frequently been complicit with industry in denying risks when they are first discovered. This is largely changed now that a concerned public (a risk society) has driven science to critical self-examination.

The logic of wealth production that characterized the Industrial Age was explicitly based on the subordination of nature for the good of man. But nature does not possess unlimited potential. This was not significantly questioned until we became so successful that we began to reach some of the limits of what nature can provide. It is now clear that future growth must be accomplished in harmony with nature (sustainability).

Reward potential has always been a function of risk. In the feudal society, the risks were largely personal or limited to the local community. The risks now are delocalized (extend to all of society), incalculable, and noncompensable. For example, an atomic energy plant potentially enriches a small group of investors, but the risk is largely unknowable (cannot be calculated), is shared by many, and in the event of a meltdown, the afflicted cannot be adequately compensated for their loss.

An important feature of the risks that dominate social discourse today is their invisibility.  We cannot directly observe radioactivity, pollutants, foodborne pathogens, and greenhouse gases. Their risks are identified and communicated by technical professionals. However, the statement of these hazards is never reducible to mere statements of fact.

Consider the detection of lead in children’s blood. We can state the results of studies in scientific terms, such as the average concentration and standard deviations for various populations. However, we cannot state with any certainty that x parts per million is too much, and less than x is acceptable.

The question of acceptance arises. How do we wish to live? Which bads are we willing to accept to enjoy the goods? On the question of lead-based paint, we have decided to live without it. But we have not yet decided to radically decrease carbon dioxide production, though many people argue for this path.

There will always be advocates on both sides of a risk issue. Both sides of the argument can state “facts.” Risk arguments are typically between two groups of scientists, each with its own fact sheets. The question of acceptance is a question based on values rather than on facts. The arguments are usually complicated by “if not this, then what” contentions. For instance, proponents of nuclear energy may accept the risk of their technology while they point out the negative effects of other technologies on climate change.

The hazards faced by society fall on all of us, including the many who have no control over the creation of the risks. The issue of trust and credibility is large. For about 3 centuries, people put a great deal of faith in science, corporations, and government, but that faith has waned.

Industrial enterprises now spend more of their capital in attempts to build or repair credibility and trust in a scared and skeptical public. There is unfortunately a common pattern of deception in this communication. When risks are discovered by the public, industrial organizations will typically deny responsibility long past the point that all unbiased observers are convinced otherwise (think of the tobacco industry and lung cancer, for instance). The pattern of denial further erodes trust.

Risk accentuates class differences. Wealth accumulates at the top, risks at the bottom. Poverty attracts a disproportionate share of the risks while the wealthy can purchase at least a measure of protection from some of them.

The poor will also choose to accept additional risk when the choice is between accepting risk and obtaining resources, because need suppresses the perception of risks. As risk society develops, so does antagonism between those afflicted by risks and those who profit from them.

Though scientists have the pole position in identifying risks, risks are in fact defined socially; they are defined via discourse between concerned groups. This occurs over a period of time, starting either when citizens state a concern based on observations, or when a concerned scientist states an opinion. The concern is initially denied by corporations and scientists in their employ. Concerned citizens may hire their own scientists to make their case. Since these are complex problems not fully understood by anyone, the discussion can take unexpected turns. The socially generated risk definitions are never wholly dependent on their scientific rationality.

For example, when a forest is dying, suspicion may initially fall upon biological causes, perhaps driven by increased use of pesticides on nearby farms. Later, specific pollutants from coal-fired power plants may be implicated. Some may argue that global climate change has affected the delicate balance of life in the local ecosystem. Scientists will disagree.

Implications for the Oil and Gas Industry

Beck’s insights comport with the major changes in safety culture in the industry over the past 20 to 30 years and his observations fit the pattern of increasing community resistance to development.

What is the takeaway from this discussion?

Scientists frequently view public concerns as irrational and may view the population at large as ignorant and only in need of education. This perception is lacking. Public concerns are not based solely or even mainly on facts. Opinions are socially constructed and based on values and trust. Simple education cannot meaningfully change perceptions of risks that have been generated socially and about which significant disagreement exists among scientists.

A reasonable analogy is the Democrats vs. Republicans in the United States. Both political parties have their facts, which they are all too eager to share. But the facts rarely persuade anyone from the other party to change his or her opinions.

Arguments about technology amount to competing fact sheets. It is not a matter of sharing facts, but of building trust. Teddy Roosevelt famously noted, “No one cares what you know until they know that you care.”

Roxburgh, A. 2011. A Summary of Ulrich Beck—Risk Society: Towards a New Modernity. http://www.nextreformation.com/­wp-admin/resources/risk-society.pdf (downloaded 28 October 2013).

Howard Duhon is the systems engineering manager at GATE  and the SPE technical director of Projects, Facilities, and Construction. He is a member of the Editorial Board of Oil and Gas Facilities.

He can be reached at hduhon@gateinc.com.