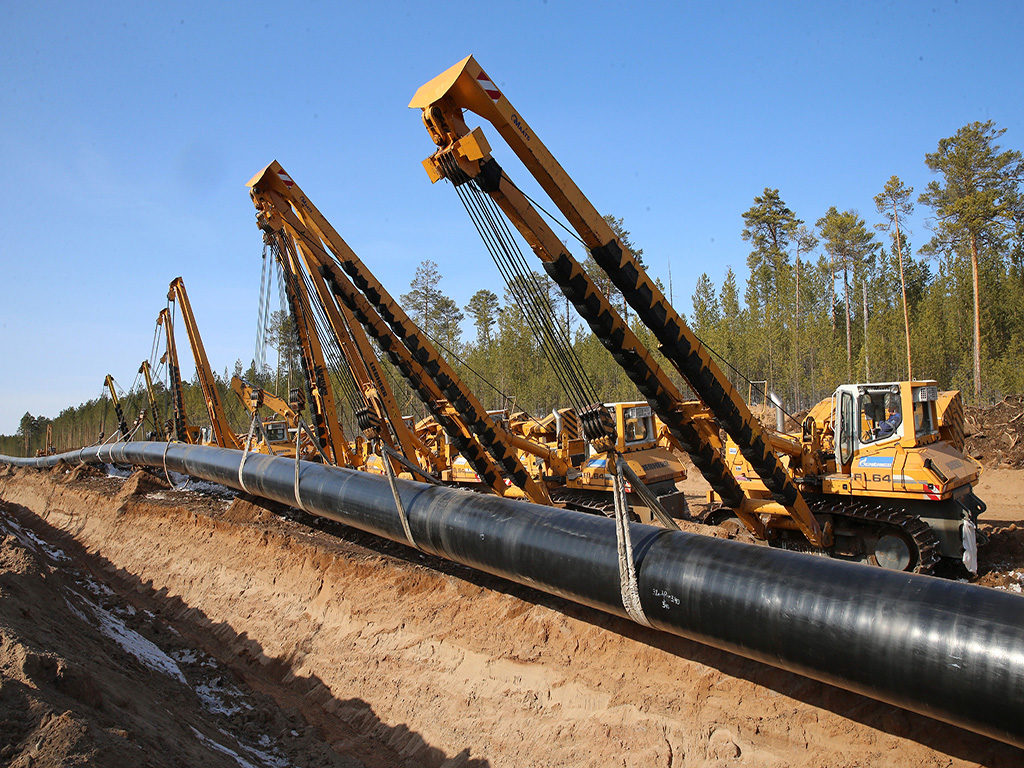 The onshore pipelines industry has been weakened by the oil price downturn, with the current lack of investment in the early stages of development for new projects likely to impact the market toward the end of the decade. However, capital expenditure and installation activity are expected to be sheltered in the near-term by projects sanctioned prior to the downturn. Despite this trend, the long-term drivers for pipeline construction, notably the increased demand for gas in regions such as Asia, remain stable. Operational expenditure has been relatively less affected by the downturn, due to the underlying requirement to perform essential repairs and remedial works for an ageing pipeline population. Public opposition, security, and geopolitics will continue to act as barriers to installation activity, while events such as the lifting of economic sanctions against Iran will provide potential upside for contractors within the global supply chain.

The onshore pipelines market has been impacted by sustained low commodity prices, as operators look to reduce budgets and maximize cost efficiencies. Investment in early feasibility studies and front-end engineering and design work for new projects has also been curtailed, meaning that the market is likely to experience a degree of downturn toward the end of the decade, even in the event of an oil price recovery.

However, Douglas-Westwood expects the market to be sheltered from the oil price downturn in the near term, due to an increase in installation activity driven by projects sanctioned prior to the downturn. The global number of kilometers installed is forecast to rise by 5% from 59,769 km to 63,025 km. Key projects expected to contribute to this rise include the 5,200-km 4th West-East gas pipeline in China and the 2,500-km Gwadar to Kashgar oil pipeline in Pakistan. Subsequently, global capital expenditure in 2017 is forecast to increase by 12% from USD 40.6 billion to USD 45.6 billion.

As per the previous 5 years, North America is expected to account for the largest proportion of additional kilometres installed over the forecast period, albeit with a reduced market share of 36%, compared with 44% over the 2012–2016 period. Key projects expected to contribute to installation activity within the region over the forecast period include the Alaska Stand Alone Gas Pipeline and the Prince Rupert Gas Transmission Project in Canada. With the largest installed base of pipelines, North America will also dominate operational expenditure, accounting for 37% of the market, compared with 35% over the 2012–2016 period.

Australasia is expected to see the largest decline in terms of capital expenditure over the forecast period, with total expenditure forecast to decline by 63% over the 2017–2021 period. Installation activity within the region has been driven mainly by demand for gas to supply new liquefied natural gas projects, a large number of which are due to come on stream by 2018. In contrast, Eastern Europe the Former Soviet Union is forecast to be more resilient in terms of the impact of the downturn on capital expenditure and installation activity. Notably, installation activity within the region is forecast to rise by 17% over the 2017–2019 period, driven by projects such as the Power of Siberia 1, Power of Siberia 2 (Altai), and the Murmansk-Volkhov gas pipelines in Russia.

Despite the oil price downturn, changing energy mixes and increased demand for gas in regions such as Asia will remain a stable long-term driver for pipeline installations. Notably, both China and India are expanding their internal natural gas transmission networks via projects such as the 4th and 5th West-East pipelines in China and the Mallavaram-Bhopal-Bhilwara-Vijaipur gas pipeline in India. According to BP, 30% of the increase in gas demand to 2035 is expected to come from China and India alone. Subsequently, Douglas-Westwood expects gas pipelines to continue to gain market share over the forecast period, accounting for 64% of additional kilometres installed over the 2017–2021 period, compared with 57% over the 2012–2016 period.

While global installation activity for medium (24–41 in.) and large (+41 in.) pipelines is expected to increase over the forecast period, Douglas-Westwood is forecasting a 21% increase in additional kilometres installed for small diameter (0–23 in.) pipelines over the 2017–2021 period. This rise is expected to be driven primarily by projects in North America, including the expansion of the Michigan-Ohio refined petroleum products pipeline. The total number of additional kilometres installed for small diameter pipelines in the region is expected to increase by 35% over the next 5 years, reaching 7,684 km by 2021.

The outlook for the operations and maintenance (O&M) sector is more positive, due to the underlying requirement to undergo essential repairs and remedial works for an ageing population of pipelines. This is particularly the case in regions such as North America and Western Europe, where there is a strong regulatory environment requiring operators to act where stipulated in specific legislation. Larger projects have typically been more impacted in terms of delays to decisions regarding replacement schedules. Global operational expenditure is expected to rise at a compound annual growth rate of 4% over the next 5 years, reaching USD 28.3 billion in 2021, with total spending over the 2017–2021 period forecast to increase by 16%, compared with the previous 5 years.

As per the previous 5 years, operations (covering routine activities associated with the day-to-day operation of the pipeline facility, including monitoring, chemical cleaning, and any routine pigging of the pipeline) is expected to account for the largest proportion of operational expenditure over the 2017–2021 period, with a share of 56%.

The integrity management sector is becoming an area of increased focus, given the increasing installed base of pipelines. Douglas-Westwood expects this sector (incorporating in-line inspection, and any intelligent pigging performed for this purpose; and external inspection, and any routine repair and remediation works performed by the operator) to account for 14% of total operational expenditure over the next 5 years.

The O&M expenditure associated with pipeline stations and expenditure allocated to technical and land management support (including additional onsite technical expertise and troubleshooting of technical issues, as well as the maintenance of the right of way) are expected to account for 21% and 8%, respectively, of total operational expenditure over the 2017–2021 period.

Africa and Australasia are expected to see the largest percentage increase in terms of operational expenditure over the forecast period, with spending in each of these regions expected to rise by 31% over the 2017–2021 period, following significant upticks in installation activity in the near term. For example, in Africa, the number of additional kilometres installed is forecast to increase by 78% over the 2016–2018 period, driven by projects such as the Hoima to Tanga crude oil pipeline and the Djibouti-Dire Dawa-Awash (Horn of Africa) refined petroleum products pipeline. Although relatively small compared to regions such as North America, these markets could provide potential areas of focus for contractors in the O&M supply chain.

Public Opposition, Security, and Geopolitics Among Barriers to Installation Activity

Public opposition will continue to act as one of the key barriers to installation activity over the forecast period. Notably, both the Keystone XL and Dakota Access Pipeline projects have experienced delays due to fierce opposition on environmental grounds. In the case of the latter project, the Army Corps of Engineers announced at the beginning of December 2016 that it would not grant a permit for the pipeline to drill under the Missouri river, following a series of protests by environmental activists.

Security also remains a prominent obstacle, with the Trans-Saharan Gas Pipeline from Nigeria to Algeria having faced delays to the start of construction due to security concerns along the planned pipeline route. Surveillance of the planned pipeline route is also an ongoing concern for the Turkmenistan-Afghanistan-Pakistan-India pipeline, which will pass through territory in southern Helmand province in Afghanistan, as well as the Balochistan province in Pakistan.

Geopolitical issues also have the potential to delay ambitious inter-regional pipeline projects. For example, the signature of the agreement for the Turkish Stream pipeline to transport Russian gas to Turkey was suspended until October 2016, following political tensions between the two countries relating to the conflict in Syria.

Conversely, events such as the lifting of international nuclear-related sanctions against Iran in January 2016 provide a potential significant opportunity for key contractors within the global supply chain. Iran is expected to be a significant contributor to installation activity in the Middle East over the forecast period, with projects such as the IGAT IX pipeline providing a potential gateway for the export of Iranian gas to markets in Europe.