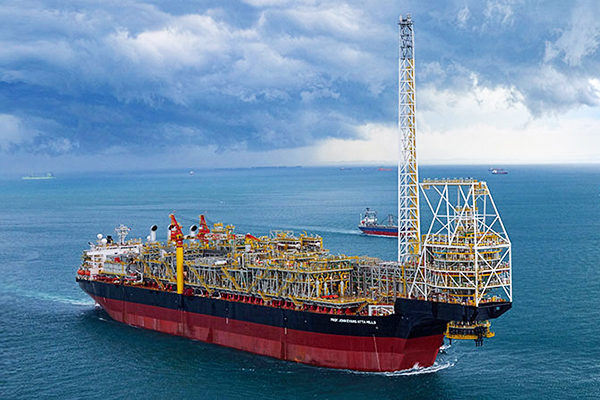 Tullow Oil
With the lack of upstream investment, as in projects such as this FPSO offshore Ghana, the stage is potentially set for the next boom-and-bust cycle for oil, according to the International Energy Agency.

As we enter the New Year, the debate continues about oil supply and demand, oil prices, and the outlook for the oil and gas industry for 2017. Forecasting oil prices is a risky business and even oil traders and market experts do not always get it right.

This article is not an attempt to predict future prices of the world’s most important commodity, but merely discusses data published by different organizations on the short-term and long-term outlook for the industry.

The Paris-based International Energy Agency (IEA) is an autonomous organization that was established in 1974. It is made up of 29 member countries that include the US and most of the world’s industrial countries. Last November, IEA published the latest edition of the World Energy Outlook, the agency’s flagship publication.

Renewables and natural gas are the big winners in the race to meet energy demand growth until 2040, according to the report.

In the short term, IEA notes that judging by the last quarter of 2016, there are signs that the market rebalancing between supply and demand is underway, but the process is a slow one.

With the low oil prices, many producers have slashed investment in new developments. A key consideration is the long lead times associated with most upstream oil industry projects, which means that—in the majority of cases—the large cuts in upstream spending seen in many non-OPEC countries have yet to work their way through into lower supply.

The report says that another year of lower upstream oil investment in 2017 would create a significant risk of a shortfall in new conventional supply within a few years. Without a pickup in investment, or a rapid slowdown in demand growth, the stage is set for the next boom-and-bust cycle for oil.

Growing domestic natural gas consumption in the US, along with higher pipeline exports to Mexico and liquefied natural gas exports, contribute to the increase in US gas prices. EIA forecast that natural gas spot price will rise from an average of USD 2.49/ MMBtu in 2016 to USD 3.27/ MMBtu in 2017.

At their 30 November 2016 meeting, members of OPEC announced a framework for supply reductions among most of its members. This was the first time since 2008 that OPEC members agreed on reducing their production. Several non-OPEC producers also announced their intention to freeze or reduce production. The extent to which the announced plans will be implemented remains to be seen.

Prediction of future energy trends and energy statistics are also published by the international oil companies (IOCs), such as BP’s Statistical Review of World Energy 2016 and ExxonMobil’s 2017 The Outlook for Energy: A View to 2040.

The BP report considers how the energy landscape might evolve over the next 20  years. Fossil fuels remain the dominant source of energy powering the global economy, providing around 60% of the increase in energy and accounting for almost 80% of total energy supplies in 2035.  Gas is the fastest growing fossil fuel at 1.8% per annum, with its share in primary energy gradually increasing. Oil grows steadily at 0.9% per annum, although its share in the energy mix will continue to decline. The combined increase of oil and gas up to 2035 is expected to be similar to the past 20 years.

Rig counts are an important business parameter for the upstream oil and gas industry. The most quoted rig count is that by Baker Hughes, which has been published since 1944. Baker Hughes issues the North America rig count on a weekly basis and the international rig count on a monthly basis.

The last data of 2016 were issued on 30 December. They showed that although the rig count in the US is still 40 rigs fewer than a year ago, the weekly count increased by 5 rigs to 658 compared to a week earlier.  In fact, the US rig count has been steadily increasing every week, except one, since mid-September 2016.

Although the November 2016 international rig count (excluding North America) is 184 rigs fewer than a year earlier, it continues to inch up for the second month in a row. It increased by 5 rigs to 925 compared to the month before.

The long-term prediction indicates that the global energy demand continues to rise, with a significant change in the future energy mix. Oil and gas combined are holding steadily. Gas and renewables are clear winners.

In the short term, the major influence on worldwide crude oil prices still primarily lies with OPEC and how they will implement the agreed-to cuts in oil production. Although the traditional uncertainties about the oil market remain, many predictions appear to be slightly and cautiously optimistic about the oil industry outlook in the New Year in comparison with 2016.

SPE 181542. 2016. Oil Price Shocks: A Measure of the Exogenous and Endogenous Supply Shocks of Crude Oil by A. Economou and P. Agnolucci.

SPE 179962. 2016. Financial Impact of Price Volatility on the Oilfield Services Sector of the Petroleum Industry by A. Michael.