Memory Isn’t What It Used To Be 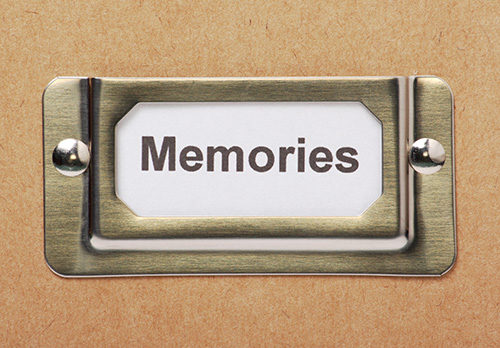 I was listening to a discussion on CNN a few weeks ago and one of the panelists made a list of things that US President Ronald Reagan is remembered for. Among the things he listed were “smaller government” and “debt reduction”. These are very peculiar things to remember about Reagan—in fact, government spending increased 3% during his term, and the US deficit increased threefold (both unprecedented in peacetime). How could a knowledgeable political reporter remember such important facts so incorrectly?

Just a couple of weeks ago, a friend of mine who is very familiar with the Macondo incident in the Gulf of Mexico (2010) was describing the incident to a mutual friend and he made a mistake on a key factual point. Since I know that he knows a lot about the incident, I assumed that he had simply misspoken. I pointed out the error, fully expecting him to thank me and correct himself, but he persisted.

Both of us were equally sure of our version of the events. For my purpose here, it doesn’t matter which of us was correct. I want to talk about memory. We both read the same reports, and a few years later, have different memories. At least one of us remembered it wrong. And the reporter discussing Reagan was clearly wrong—we can check his facts.

Our memories work pretty well, but not flawlessly. There has been a lot of research on memory in the past few years. A result of this research: Memory is not what it used to be.

The material in this article is taken mainly from a book I just finished reading, Bart Ehrman’s Jesus Before the Gospels. Ehrman applies the science of memory to evaluate memories of early Christians. I’m not going to start a religious discussion, though Ehrman’s conclusions are very interesting. I’m going to focus on the science of memory that is presented in the book.

Memory is not a Recording Device: Memory is Created

Perhaps the most surprising insight from research is that memory is not so much stored as it is created. When we see a noteworthy event, we do store some information, obviously. But what we store is the “gist,” or the essence, of the event. Pretty much everything else we add later.

A very tall man pulls a gun in a crowded square, yells something about oppressed people somewhere, and runs away. Tomorrow and maybe forever, you will remember the gist of the event—tall man, gun, yell, ran away. But everything else is malleable. If you hear someone mention that the man was black, you may “remember” him as black even if he wasn’t. Someone else mentions that he was wearing blue jeans and a gray coat and you dress him thusly in your “memory.”

If you are a Christian, you have a “memory” of Jesus even though you never met him. Similarly, Muslims have a distinct memory of Mohammed. (Apply this to whichever religious or political leader from the past that you revere.)

Psychologists distinguish between two types of memory. Episodic memories are of things that we personally experience. Semantic memories are of information about the world that we learned by a means other than direct experience. Indeed, most of what we know (remember) is semantic—it did not happen to us. We read about it, heard about it from a friend, saw a documentary film, etc.

Memory is a Social Creation

Collective memories clearly are social creations. Your social group leads you to remember these things. Many of them you first heard sitting on your mother’s lap. Some researchers argue that all memories are social creations. I won’t argue that point except to note that Bill O’Reilly, in his book Killing Jesus, suggests that Jesus was a proponent of smaller government and lower taxes. Talk about a socially constructed memory!

Socially created memories change with the social circumstances and vary between social groups. For readers in the US, your memories of Presidents Reagan and Barack Obama are largely determined by your political party affiliation. Your memories are not all “true.” They are social fabrications that may bear some relationship to truth. They are the memories that work in your social group.

Returning to the start of this discussion: Memory is not a snapshot as if taken by a camera. When we experience something, bits and pieces of the memory are stored in different parts of the brain. When we recall the memory, we gather up the stored pieces. But there are things missing. To create a whole memory, we unconsciously fill in the blanks, often with analogous recollections from similar experiences. And there is no way to know which parts of the memory are true and which are not.

If there is no scientific evidence, the most valuable kind of testimony in a legal trial is eyewitness testimony. But how accurate is eyewitness memory? Not very accurate, as it turns out.

This should be clear based on the description of memory above. If we only accurately store gist memories and the details are malleable, then important incriminating details will often be wrong.

In October 1992 a plane struck an 11-story building while trying to make an emergency landing at the Schiphol Airport (Amsterdam, The Netherlands). The news coverage was intense for several days. Ten months later researchers asked hundreds of university professors and students if they had seen the film of the crash. Over half said that they had seen the film and were able to provide many exact details of what they saw.

But there was no film. And no way for any of them to have memories of the details they provided.

How is that possible? These “eyewitnesses” created a memory so vivid of what had to have happened that they “remembered” seeing it and they provided details that only an eyewitness could have known—all of it fabricated.

No Relationship Between Confidence in a Memory and Its Truth

Until recently, most psychologists believed that memories of highly unexpected, highly emotional, highly consequential events actually were stored accurately in the brain as so-called “flashbulb memories.” As accurate as if you had taken a picture.

Because people remember these events so emphatically and in such detail, they feel like they must be true. But recent research shows that we are not actually any better at remembering highly vivid events.

We Remember the Gist and Not Much Else

In the Watergate scandal and investigation in the early 1970s, John Dean, the White House counsel for US President Richard Nixon, reported in detail a conversation he had in the Oval Office with Nixon. It was later learned that the conversation had been taped. When the tapes were made public, Dean’s testimony was checked against the truth.

Both Dean’s testimony and the conversation captured on the tapes were highly incriminating to both Nixon and Dean (the gist). But Dean got all of the details wrong—even though he was highly confident on every point. He remembered the gist, but filled in the rest.

Historians and sociologists study what people remember about their group’s past (collective memories). History is written by the winners. But both the winners and the losers maintain a memory of what happened and pass that memory on to future generations. The memories are not necessarily true, as we have seen, but they can tell us a lot about what is important to the group doing the remembering.

It is obviously individuals who carry these memories. But the memories are constructed based on the society we are part of in order to achieve the current goals of that society.

The story of the siege of Masada (73 to 74 Common Era) is an interesting case. The story in wide circulation among Israeli Jews today is that several hundred Jews fought to the end against Roman occupation and then committed suicide rather allow themselves to be captured. The story resonates with Israelis today because they are surrounded by hostile forces.

But the truth about Masada may not be as heroic as the current memory. Rebels took Masada from a Roman garrison, brought the captured weapons to Jerusalem, and started the war with Rome. Then they retreated back to the fortress at Masada. They also raided nearby villages for supplies. There is no evidence that they ever again fought the Romans even as the Romans were assaulting their fortress.

Interestingly, until recently, Jews did not appear have a collective memory of Masada at all. The story is not in any of their sacred or historical texts. The memory was created by recently published stories.

Our inability (or unwillingness) to remember accurately may be the Achilles heel of western democracy. We now have a spate of politicians all over the western world scoring political points with lies and fabricated news. A lie can become a memory as easily as the truth.