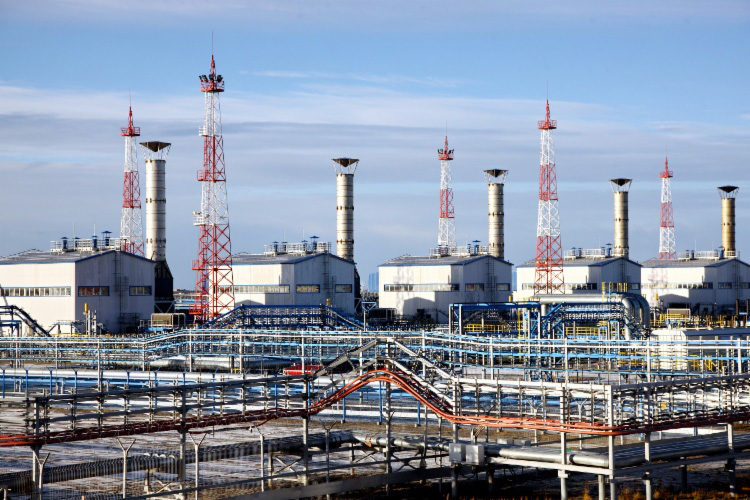 Last month, Russia’s state owned gas company, Gazprom, opened a new pipeline stretching from the frozen Bovanenkovskoye gas field of the Yamal Peninsula in the Russian Arctic to Ukhta, a city in the country’s north. The 1,265-km-long Bovanenkovo-Ukhta-2 pipeline runs parallel to an existing pipeline with the same name. Its opening doubles capacity to a combined total of 115 billion cubic meters per year.

Bovanenkovo-Ukhta-2 connects with other Russian pipelines that eventually feed into the Nord Stream pipeline. Opened in 2012, the Gazprom-supported project runs from Russia under the Baltic Sea and terminates in Germany. In other words, Bovanenkovo-Ukhta-2 can now theoretically double the amount of Arctic gas that flows to Europe every year.

The Yamal Peninsula lies at the heart of two of Russia’s national strategies: first, to breathe new energy into its oil and gas industry by exploiting the country’s northern resources, and second, to develop the Arctic. Gazprom notes on its website that for the gas production center in Yamal, to where its main resource base is shifting, the company has built “a railroad, which includes the world’s longest bridge beyond the Arctic Circle, and the first airport in Russia’s modern history.”

Russian President Vladimir Putin, who gave a speech by videoconference commemorating the Arctic pipeline’s opening, said, “This is not just a pipe” [full transcript in English/Russian]. He said, “We continue developing Russia’s pipeline transportation system. I believe that not only professionals but also people perhaps far from the energy sector are well aware that the facilities we are launching today are not just pipelines, but complicated, large-scale industrial facilities.”

Putin underlined the fact that not just one, but actually three pipelines opened on the same day. In addition to the main attraction, Bovanenkovo-Ukhta-2, the Arctic pipelines Zapolyarye-Purpe and Kuyumba-Taishet were also unveiled.

He added, “Their launch will substantially expand our oil and gas sector’s possibilities and will have tangible benefits for the entire Russian economy. This is indisputable. What is particularly important is that they will contribute to the [Russian Federation’s] regional development as well.”

Gazprom CEO Alexey Miller said the company laid more than 450 km of pipeline “in the harshest climatic and geological conditions of the Far North.” At the same time, he stressed that the pipeline is the “most modern mainline gas pipeline in the world.”

Nikolay Tokarev, president of state-owned Transneft, the world’s largest oil pipeline company, lauded the 8,000 specialists and 4,000 pieces of heavy machinery that were involved in the construction of the other two Arctic pipelines. He added, “…We also took care of social issues. We built 16,000 m2 of housing, created 1,500 new jobs, built 7 bridges, and energy facilities, while budgets at different levels have received around 3 billion in taxes.”

Nord Stream II: Doubling Down the Exploitation of Arctic Gas 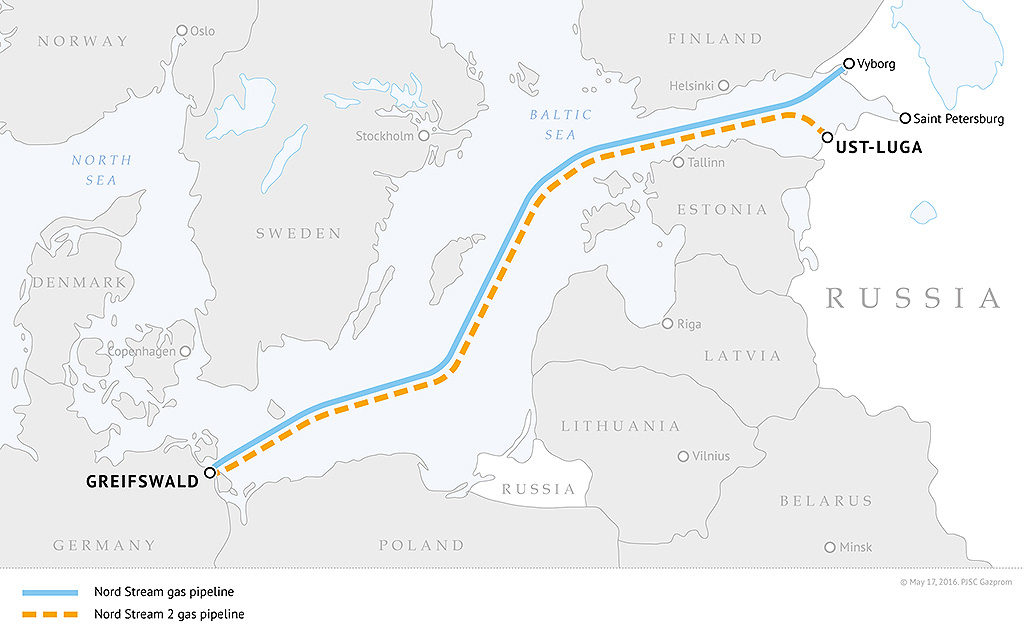 Gazprom is heavily pushing Nord Stream II, a pipeline that would run parallel to Nord Stream I. It is highly geopolitically contested, for it could decrease Russia’s dependence on using Eastern European countries as thoroughfares to export its gas to markets in Western Europe. Even without Nord Stream II, Gazprom’s ownership of European gas markets has been rising: it reportedly increased from 31% in 2015 to 34% last year.

In a press release on Gazprom’s website, Miller said, “The new gas pipeline, Bovanenkovo-Ukhta-2, commissioned today as part of the northern gas transmission corridor, reshapes the geography of gas flows for both domestic supplies and exports. The northern corridor becomes fundamental to gas supplies throughout European Russia and integral to the shortest, most reliable and efficient new route for gas exports to Europe, stretching from Yamal to Germany across the Baltic Sea. It is the Nord Stream 2 project, whose implementation is running on schedule.”

Mia Bennett is a PhD candidate in the Department of Geography at University of California at Los Angeles and founder and editor of the Cryopolitics blog. Her research examines the pathways and processes of Arctic natural resource and infrastructure development using methods from political geography and remote sensing. She received an MPhil in Polar Studies from the University of Cambridge. She can be followed on Twitter @miageografia.

This article is an abbreviated version posted with permission. The full article can be found at the Cryopolitics blog.