Use of Preservation Chemicals Following Hydrostatic Testing of Pipelines 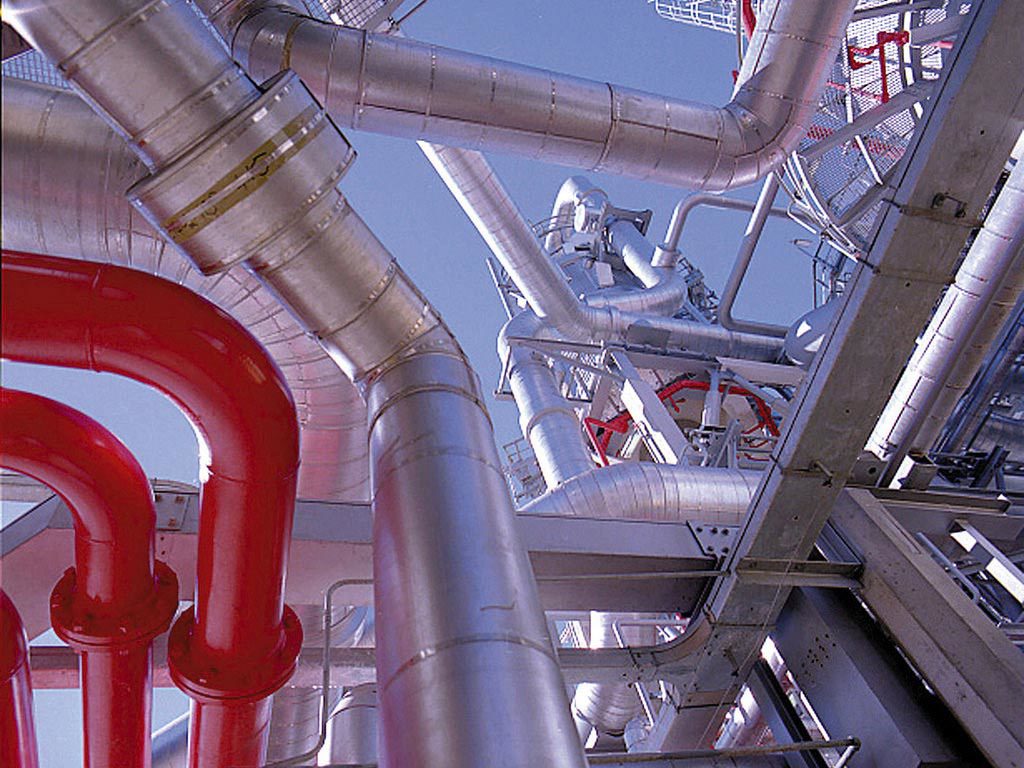 This paper considers some of the challenges and learnings associated with the application of chemicals for preservation of coated pipe/flowline for a major liquefied-natural-gas (LNG) project in Australia. This includes a comparison of the effectiveness of biocide and oxygen-scavenger chemistries for treating seawater. The complete paper also discusses monitoring philosophies and the unique approach taken in designing and optimizing the chemical-injection system to address the environmental and technical challenges of this project.

Hydrostatic testing (gauge testing) is undertaken before commissioning new pipelines as a requirement to confirm the global integrity of an installed pipeline system that will carry fluids (gases or liquids) under pressure. Pressurization can be performed with gases such as air, nitrogen, and natural gas, or petroleum products or water. However, water is the test medium of choice primarily for reasons of cost and safety. The water used for gauge testing is then usually retained in the pipeline for preservation (wet lay up) for the period before the pipeline can be connected to the main development facilities.

Before the connection of the pipeline to facilities, the pipeline is dewatered by pushing a “pig” through the line by use of pressurized nitrogen, air, or petroleum liquid. The discharged water typically contains contaminants arising from the pipeline manufacture and particulate matter from the water used in preservation.

Preservation of Pipelines During Precommissioning

Seawater often contains dissolved oxygen at full saturation concentration, while the actual levels dissolved into the water will be dependent on the temperature, pressure, and the total dissolved solids of the water utilized. Fig. 1 shows the maximum levels of dissolved oxygen that can be expected in seawater at a variety of pressures.

Although this may be true for carbon steel lines, cladded super-duplex alloys are susceptible to chloride pitting in the presence of oxygen. If the carbon steel flow lines are internally coated, then the uncoated sections that make up the welds might also be thought more susceptible to much higher levels of corrosion; however, in reality, the amount of general corrosion expected in the uncoated sections is still small. This has led to the proposition that the removal of oxygen is not even necessary in uncoated pipelines because of the limited extent of corrosion.

Although general corrosion may not be a consideration, deposits in the line can trigger the potential for underdeposit corrosion, to which super duplex steels are particularly vulnerable. Such mechanisms can undermine the corrosion allowance in a pipeline and provide a substrate for later bacterial growth when the environment becomes anaerobic from oxygen depletion, particularly in longer-term shut-ins. The risk for underdeposit corrosion can also arise from the water used to flood the pipeline. Consequently, it is a best practice to filter seawater to avoid introducing solids such as sand and organic materials, which can harbor bacteria, provide nutrition and a substrate for bacteria growth, and create the scenario for microbiologically induced corrosion.

The chemical treatment of seawater has historically used three main types of production chemicals. These include (a) oxygen scavengers, used to reduce the amount of oxygen available for corrosion and bacterial growth, (b) biocides, which kill and prevent the formation and growth of bacteria and other organisms in the seawater, and (c) corrosion inhibitors, used to inhibit general corrosion when residual oxygen is available.

Oxygen Scavengers. These chemicals manage the risk of oxygen corrosion leading to underdeposit corrosion, prevent aerobic bacteria growth during the extended wet lay up, and, finally, reduce the quantity of corrosion product discharged with the seawater before commissioning. Oxygen scavengers are used to reduce the dissolved-oxygen concentration in the seawater to below a detrimental level. Bisulfite-based chemicals are the most commonly used oxygen scavengers in pipeline-preservation operations because of the need to ultimately discharge the pipeline contents before commissioning.

Biocides. There are a variety of nonoxidizing biocides that can be used to treat seawater for the precommissioning of pipelines. The effectiveness of a biocide is related to its environmental toxicity, and biocides often require treatment before disposal. Fast-acting biocides such as glutaraldehyde and acrolein require smaller dosage rates than quaternary compounds and amines, which are persistent and require treatment before disposal. This, then, limits the types of biocides that can be used in extended wet lay ups to the very limited practical list of isothiazolones, tetrakis(hydroxymethyl)phosphonium sulfate, and glutaraldehyde.

The ideal biocide for wet lay ups should be fast-acting and have a short enough half-life so that it does not require deactivation before or during discharge of the preservation water. Although it should have some persistence, it should degrade to environmentally benign products over the time of the wet-lay-up period. The biocide should also be compatible with other additives used in the pipe and the materials of construction.

Chemical Injection. In the scenario of injecting oxygen scavengers upstream of an incompatible biocide, several factors must be optimized to ensure that adequate oxygen removal is attained before the introduction of the biocide. First, the residence time of the oxygen scavenger should be adequate to allow enough reaction time to bring the dissolved oxygen content into the low-ppb range before the introduction of the biocide. This should be completed ahead of the final chemical-injection design.

The velocities at which water is pumped into a pipeline during flooding operations usually afford Reynolds numbers much greater than 4,000, implying that the water is in turbulent flow. In this case, it is best practice to dose treatment chemicals into the pipeline with chemical-injection quills. The quill introduces the chemicals into the center of the main flow stream as a jet, thus preventing any channeling effect. This ensures that mixing of the chemical and seawater occurs in the least amount of time.

During the ramp-up of flooding operations, the seawater pump rate may vary over a wide range. It is important that the chemical-metering-pump specifications are checked ahead of operations to ensure that they have enough capacity and turndown to accommodate the range of chemical dosages expected.

Although calibrated flowmeters are often used to monitor chemical-injection rates during flooding operations, a secondary means of checking the flow rates is recommended. This could include estimating volumes dispensed from chemical tanks or isotainers using primitive tank-level monitors. However, a more accurate method is to ensure that the metering-pump skid is equipped with an accurate pump-setting gauge for verification of flow rates.

Chemical Monitoring. Although the careful monitoring of pump flow rates allows the first level of confidence that the expected volume of fluid has been dosed into the precommissioning water, only the determination of chemical residuals provides the definitive evidence that the correct level of chemical has actually been dosed. Thus, chemical monitoring is a critical part of the quality program that is associated with a large flooding operation.

Seawater-filtration efficiencies can be measured either by inline Millipore methodologies or by turbidity measurements. The challenge in undertaking low-level oxygen measurements is often the method of sample collection. When measuring dissolved oxygen in tank-immersion probes offers the easiest method of detection, if sampling is required in a pipeline, then inline high-pressure probes are often the best solution. However, often there is not enough residence time from the time of chemical injection to the time of sampling to verify if dissolved oxygen levels have been correctly scavenged. An alternative is to use a sample bypass from the pipeline and pass it through a continuously flowing oxygen analyzer by a coil or vessel that is used to generate a residence time. Such an arrangement allows for tight plumbing and avoids air ingress.

A case history describing the design and application of a chemical-treatment program used for the preservation of two large-bore subsea gas and mixed condensate/produced water flowlines during the wet-lay-up period following hydrotesting, and preceding final facility connection, is provided in the complete paper.

US Army Corp of Engineers Requests Settlement With North Dakota

The pipeline continues to operate as courts weigh expedited appeals from the Army Corp of Engineers and Energy Transfer.