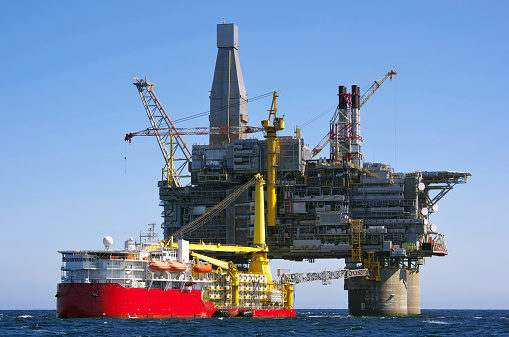 The continued suppression of global oil prices has questioned the viability of a number of large and ultradeepwater projects. Prior to the downturn, capital expenditure (Capex) and operational expenditure (Opex) rose to arguably unsustainable levels, putting pressure on operator budgets. Capex reductions were already a focus for operators prior to the oil price collapse, however, this has risen in importance over the past 18 months. The market downturn has prompted an industry rethink, driving movement toward equipment standardization and the streamlining of development processes.

Douglas-Westwood (DW) expects deepwater Capex to be suppressed over the next 5 years due to sustained low oil price. This has forced operators to cancel or defer the sanctioning of megaprojects, particularly in the usual deepwater hubs of West Africa and the Americas. However, in the near term, deepwater projects that were sanctioned prior to the oil price downturn such as Total’s Egina (Nigeria), Kaombo (Angola), and Moho Nord (Republic of Congo) will help sustain deepwater spend. These projects will also account for more than USD 9 billion of floating production systems (FPS) expenditure over the next 24 months.

As production from mature onshore and shallow-water basins declines, development of deepwater reserves has become increasingly vital. The need to offset declining production from these matured basins, as well as the ability of international oil companies to access world-class reserves with the use of new exploration and production (E&P) technology will continue to drive deepwater expenditure. Plunging oil prices have increased concerns in the sector, specifically whether deepwater projects can be viable at current oil prices. Nevertheless, the viability of these capital-intensive developments are typically calculated over the long term.

Project execution challenges have continued and are causing widespread delays to deepwater projects, most prominently in high-Capex regions such as the UK North Sea. Furthermore, strictly enforced local content regulations have exacerbated issues with timely project delivery in West Africa and Brazil due to a lack of engineers with extensive industry experience.

DW forecasts deepwater expenditure to decline at -6% compound annual growth rate (CAGR) over the 2016–2020 period, with expenditure totaling USD 137 billion—an overall increase on the previous 5-year period of 5% (Fig. 1). Project delays have resulted in a significantly slower growth profile than was expected a year ago.

In addition, DW forecasts deepwater Capex (excluding FPS spend) to plummet from record levels in 2014 until 2018, with a gentle upswing from 2019 to 2020. This will be driven by the development of mega deepwater prospects in Brazil and the commencement of offshore activity in the East Africa gas basin. The FPS market is also expected see a similar drop in spend, however, this will be most evident in the latter years of the forecast period. Last year saw the lowest number of deepwater FPS units ordered since 1996, and 2016 unit orders are also expected to be minimal. The longer lead times associated with FPS projects have insulated the market to date: Most 2017–2018 installations were ordered in 2013–2014.

In addition to the low oil price environment, reduced rig demand will impact Capex growth over the forecast period. Prior to the downturn, record deepwater rig demand resulted in an unprecedented level of rig orders and a subsequent supply/demand imbalance. Rig contractors are now facing plummeting day rates due to a combination of oversupply and reduced demand, with day rate suppression triggering delays and cancellations for new rigs and widespread stacking of deepwater rigs.

Despite the concerns of a “lower for longer” scenario, has identified important deepwater spend that is not emanating from the traditional deepwater basins of West Africa, Brazil and the US Gulf of Mexico (GOM). The fast-track development plans of large deepwater discoveries such as Eni’s Zohr gas discovery in the Mediterranean Sea offshore Egypt, ExxonMobil’s Liza discovery offshore Guyana, and the commencement of offshore activity in the East African gas basin will support expenditure over the forecast period. This demonstrates the willingness of some operators to take advantage of relatively lower drilling and equipment costs: Eni plans to invest approximately USD 22.5 billion in Africa by 2019.

Drilling and completion represents the largest segment of the deepwater market with expenditure totaling USD 53 billion over the next 5-year period (Fig. 2). The majority will be spent on subsea well completions. The highest number of subsea wells drilled will be located off the coast of Africa, although Capex will be highest in Latin America due to lengthier drilling and completion times in this region.

FPS represents a 28% market share over the forecast period, the second largest segment of deepwater Capex. FPS Capex will be dominated by Brazil with more than 52% of total FPS expenditure expected from the country, driven by Petrobras’ contract award to Engevix for the fabrication of eight replica floating, production, storage, and offloading (FPSO) hulls in 2010 (although none of the units have yet entered production). This delay highlights continued inefficiencies within the country which have led to higher field development costs. DW expects six of these units to be operational by the end of the forecast period.

Deepwater expenditure on FPS units will primarily be on FPSOs, which account for 81% of forecast spend. FPS Capex is forecast to decline at -21% CAGR over the next 5 years, with no FPS installation anticipated in Africa over the 2019–2020 period.

Capex on trunklines totals USD 8.3 billion over the forecast period, a decline of 2% on the preceding 5-year period. Sustained low oil prices have negatively affected the trunkline market, although major project delays and cancellations have been largely due to political instability between Russia and the rest of Europe. Projects such as the Rota Marica gas pipeline (Brazil) and the SAGE pipeline in the Middle East will help sustain Capex over the forecast period.

The market downturn has negatively impacted all regions, however, this varies based on ongoing and prospective projects. Over the forecast period, Africa and the Americas will account for 87% of total deepwater expenditure. Latin America will have the highest Capex with 38% of total expenditure, driven by the number of FPS units expected to be installed over the forecast period. However, Petrobras’ problems are likely to result in substantially constrained future expenditure on new units.

Mexico showed much promise after reform of its energy sector to allow foreign upstream participants, but recent interest in licensing rounds has been tempered by the prolonged suppression of oil prices, and widespread exploration activity is unlikely in the near term.

Pemex was expecting production from its Lakach deepwater development by 2018, however, development of this project has been suspended for at least a year due to budget cuts.

East Africa is expected to be the next key deepwater hub, with offshore installation activities in Tanzania and Mozambique expected to begin in the latter years of the forecast period. Development in these gas basins is highly likely, as planning for these projects is well developed. Anadarko has awarded onshore liquefied natural gas contracts that will process gas reserves in Mozambique.

North America is forecast to account for 18% of total Capex over the forecast period. Spend in the region will decline by 24% compared to the preceding 5 years, and the outlook is gloomy due to prolonged delays to project final investment decisions and cancellations. Notable projects affected include BP’s Hopkins project and Murphy Oil’s Thunder Bird. However, projects such as BP’s Mad Dog Phase II and Shell’s Appomattox are expected to carry on as planned.

Other regions have minimal deepwater activity forecast; therefore the majority of Capex in these is driven by a handful of specific projects such as the Shah Deniz Phase II field development in Eastern Europe and the former Soviet Union.

Asia is expected to see growth at a 4% CAGR over the forecast period, whilst Australasia will see the fastest growth in Capex, at 37% CAGR. However, the region remains a comparatively small deepwater market.

Western Europe’s Capex will account for 2% of global expenditure. Cancellations and delays to individual projects are expected to have a substantial impact on the market outlook. For example, expenditure within the UK is highly dependent on the Rosebank field in the West of Sheltand area of the UK North Sea, but there have been numerous changes to contractual terms associated with the project and this has led to a degree of uncertainty regarding development timelines. Further delays to this project represent a potential downside to total UK Capex.

Growth in the deepwater market is expected to be constrained as low oil prices increase pressure on project economics over the forecast period. Original equipment manufacturers and vessel and rig owners are likely to find the next few years difficult as project delays continue. Operators are expected to re-engineer and re-evaluate development plans of various projects so as to improve their economic viability. Lower drilling and equipment costs have so far provided limited upsides for project sanctioning.

In addition to the low oil price environment, the corruption scandal and financial difficulties rocking Petrobras will restrict the company’s ambitious spending plans for the foreseeable future, affecting deepwater Capex growth in the region beyond the forecast period.

In Africa, the breakup of the Nigerian National Petroleum Corporation highlights continued efforts to overhaul Nigeria’s oil and gas sector. However, the future of the long awaited PIB (Petroleum Industry Bill) remains unclear. This prolonged uncertainty and various regulatory bottlenecks between the state and IOCs has led to a lull in the country’s oil sector, causing further delays to major deepwater projects such as Shell’s Bonga South West-Aparo and Chevron’s Nsiko, which were already challenged by the low price environment.

The outlook for North America over 2016–2020 is largely negative—there have been major delays to prominent deepwater projects due to cancellation or re-engineering. However, in contrast to other regions, North America is well-positioned for recovery by the end of the forecast period due to existing infrastructure. This is likely to lead to increased use of subsea well tiebacks for future developments. Furthermore, some project re-engineering and various cost reduction exercises give a reason to see the light at the end of what has been a very long tunnel. Offshore activities are expected to respond to any future oil price recovery.

Mark Adeosun is the author of the World Deepwater Market Forecast 2016–2020. He joined Douglas-Westwood in 2013 and has conducted high-level research into various oil and gas projects with a focus on offshore drilling and deepwater activity. Adeosun holds a BSc in geology and a master’s degree in geographic information systems from the University of South Wales.