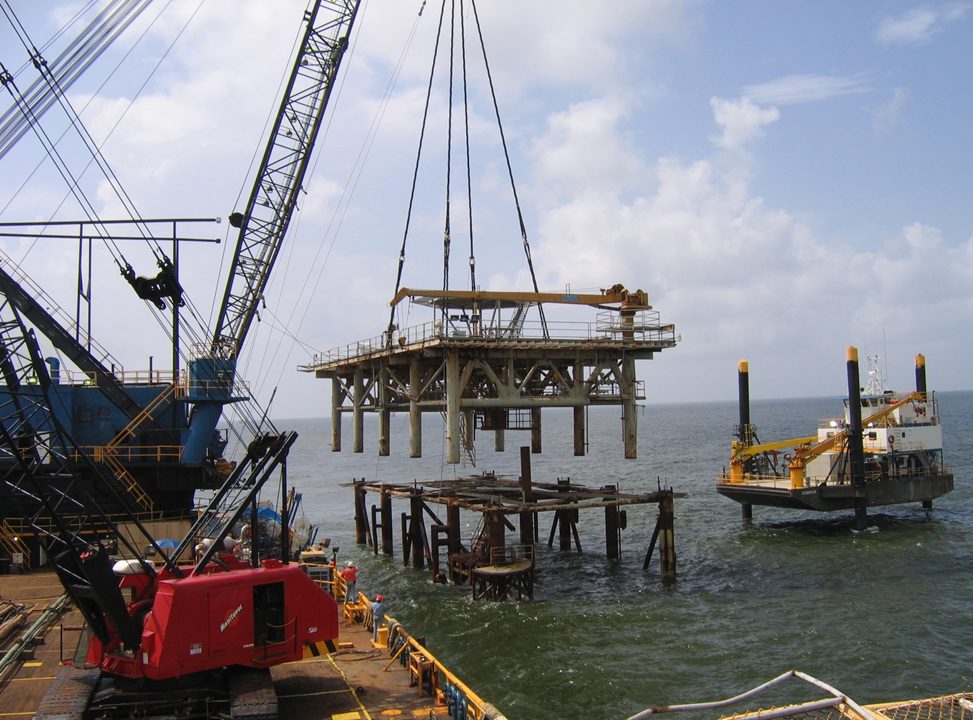 US Bureau of Safety and Environmental Enforcement

Well decommissioning is forecast to account for the majority of decommissioning expenditure, representing 65% of the total market over the period, which will be particularly high in more established areas with large numbers of subsea wells, such as Norway and the UK.

Substructure and topside removal will represent a combined 20% of expenditure, with the majority of platforms being removed using reverse installation methods. Single-lift vessels are becoming established technology and have the potential to significantly impact the cost and time for decommissioning operations. With the largest population of aging platforms, the UK is expected to account for the largest proportion, representing 54% of total expenditure, and 45% of platform removals.

The 2031–2035 period is forecast to see particularly high levels of expenditure as activity increases in Norway and the UK.

Lower demand for operation and maintenance services and efficiency gains from operators has resulted in lower operating costs. DW’s field economics model has been updated accordingly and this has led to revisions for the projected abandonment and decommissioning of a number of fields within the forecast.

The rise in decommissioning activity will provide a significant opening for specialist companies aiming to establish themselves within the industry, from vessel contractors and cutting service/equipment providers to shipyards and companies specializing in waste management/disposal.

With the publication of the UK government’s MER UK Strategy in March 2016 being a notable example, the focus within the decommissioning market is expected to remain on maximizing cost effectiveness, which will involve ensuring that operations are carried out efficiently and without incident. It will also involve taking adequate steps to explore all options for reducing the costs of decommissioning.

With production declining and a nearby terminal closed, UK authorities have given the nod for decommissioning to begin on the aging North Sea gas field. Perenco has been in operation since 1992, with Perenco taking over as operator from BP in 2003.

The decision comes a year after Neptune stopped production from the North Sea gas field, and 4 months after it submitted decommissioning plans to the UK authorities.