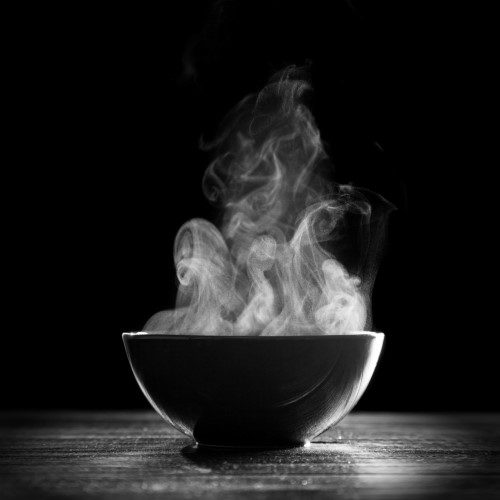 Imagine this scenario: You came onboard as part of a management team running an organization with world-class equipment. The processes in place have been proven highly effective by other organizations. Nevertheless, because of maintenance malpractice, your operation has been shut down—global headquarters says you are not allowed to fulfill your organization’s purpose until you get your act together. What do you do?

Must be a people problem. Fire some people; hire some other people. Train and retrain, right?

But wait. In this situation, your people have already been very well-trained, in the same way by the same trainers as the technicians and managers in your sister organizations. In fact, many of them came from those organizations in lateral moves. Now what?

The problem can’t be found in the individuals making up your organization, so it can’t be fixed by reminding technicians, louder and more emphatically than before, of the proper maintenance practices. It’s not the people; it’s not the equipment your people use; it’s not the way they use the equipment. “Leadership,” then? Well, what does that really mean and what, exactly, would you do differently?

Let’s come back to that.

If soup is making a person sick and we know it’s not due to the meat or vegetables swimming in the broth, then the only possible culprit is the broth itself. Culture is an organization’s broth.

Once the soup is made, broth is tricky to fix. Unlike a bit of bad carrot, you can’t pluck out and replace the broth. Similarly, you can’t change culture with an edict, updated documentation, or a fresh new slogan.

The good news, though, is that you can change culture. It’s a process, sometimes unintuitive and always requiring persistence, but it can be done if approached purposefully.

Another thing about soup is the bits impact the broth. In fact, they may have created that broth from salty water in the first place. At the very least, they change it as they marinate. At the same time, the broth changes the bits.

It’s the same with culture in an organization. Let’s say people are the meat bits in the soup. That leaves equipment as very sophisticated vegetables. People and equipment impact culture, of course. And culture impacts people.

There are a lot of definitions for “culture” out there. Where I work, we say that culture is the sum of interactions among members of the organization plus their memories of previous interactions. Those memories inform future interactions.

Memories may fade with time … unless they are reinforced with new similar interactions. And new interactions do tend to be similar because, unless we’re actively working on change or we got badly burned, we repeat the past. Not only that, we assume that others will also repeat the past and we act accordingly. We are marinating in a soup of interactions—some involving ourselves; some simply witnessed or discussed.

That’s why cultures don’t change overnight. And they certainly don’t change by edict. One or two interactions—good, bad, or even great—don’t change culture. It takes many consistent interactions, in parallel and over time, all contributing to a new set of memories and future default behaviors. In other words, it takes persistence, as we mentioned, and purposeful coordination.

“Purposeful coordination” hints at an answer to the leadership question we left open above.

But first, what about that troubling scenario we started with? As you might guess, it’s not fictional.

In 2004, David Wilbur, founder and managing partner of Vetergy Group, was appointed commanding officer of a US Marine Corps F/A-18 Hornet squadron. The squadron had been ordered to cease operations because of unsafe maintenance practices … and they were scheduled for a combat tour. Within 1 year, and in the context of “surge” combat at a rate of six times the normal operational pace, David’s squadron was recognized as the No. 1 Marine fighter squadron.

Culture was the key to this turnaround. He and his staff focused on the dark, murky, uncomfortable truths behind unhealthy interactions that made poor performance and declining safety seem OK. As a result, and without a single significant change to equipment, procedures, or personnel, they rose to No. 1.

During that same year, the squadron passed the 100,000 mishap-free-flight-hours mark. High performance and relative safety in the context of high risk—that’s what we all want for our organizations.

Is that story relevant for industry, though? After all, a commanding officer can simply bark orders to make things happen in the military, right?

No, not in the long term. We stand by this statement: Cultures don’t change overnight or by edict. Not even in the Marine Corps.

In fact, if leaders try to mandate change—and we understand, it is tempting—the root problems only get driven deeper into the organization, becoming harder to uncover. Distrust simmers into the culture.

Have you ever witnessed a situation where distrust between managers and technicians was entrenched? If so, did safety and production continuously improve? How did the business perform over the long haul? Were operations safe? Were employees fully engaged?

Is it possible to make great soup with mediocre broth? Of course not. No matter how good the meat in the soup, no matter how sweet the carrots, you can’t overcome unhealthy broth with good bits. Focus on the broth. Great broth can sometimes make less-than-world-class meat taste great.

As leaders, we must focus on culture. Leaders, at all levels of an organization, must work together to instill a self-perpetuating culture of safe, high performance. And since culture is all about interactions, leaders have to focus on interactions. That’s very different from focusing on individuals, equipment, or procedures.

Take note of how people interact with each other—executives with middle managers, managers with supervisors, supervisors with technicians, but perhaps most importantly, peers with peers. Ask yourself whether those interactions would be tolerated by a team of high-performers all working together for a larger purpose.

If not, consider this. In his experience as commanding officer, David did something unusual: He asked for outside help. He asked the US military’s Naval Safety Center to bring their tough questions to his squadron to help him figure out the cultural issues plaguing performance. Nobody asks for that, and certainly not in a combat situation. But he did, and not coincidentally, he and his team achieved greatness. Note that David and his squadron get credit for that, not the Naval Safety Center.

One question that often arises in the face-to-face version of this dialog is: How can one solution (healthy culture) address two business drivers that are often seen as being in tension with one another? Short answer: It’s because the tension isn’t really between safety and performance (productivity). That’s a false dichotomy. Instead, the tension is between short-term and long-term performance. More about this next time.

Burl Amsbury is focused on ensuring the quality of Vetergy’s clients’ experiences and their ultimate success. He has served in the US Navy as a carrier-based attack pilot, mission commander, and maintenance quality assurance officer. In the private sector, he has been an executive, entrepreneur, and consultant for venture-backed high-growth companies in various industries. The common theme in his work has been an interest in complexity and high risk. He has served in product development, operations, marketing, and sales. Amsbury studied control system design at MIT, earning a BS and a MS. Post-Navy, he returned to MIT’s Sloan School of Management and completed an MS specializing in the design and management of complex systems. He lives in Boulder, Colorado, with his partner and her two young children, where he also acts as business manager for an innovative grass-fed cattle company. He may be reached at burl.amsbury@vetergy.com.