Oilfield Services: How Much Consolidation is Yet To Come? 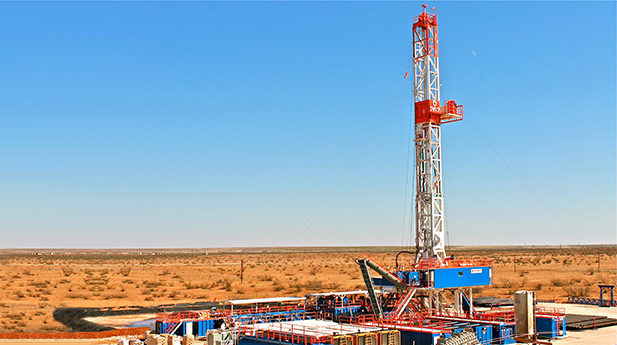 Upstream oil and gas mergers and acquisitions (M&A) hit USD 65.1 billion so far this year at the end of 1Q, the most in nearly 2 years. More than one-third of that, USD 24.5 billion, resulted from the Canadian oil sands deals of Cenovus Energy, Canadian Natural Resources, and Royal Dutch Shell. Evaluate Energy, an oil and gas analytics firm, said this total was the fifth-largest quarterly outlay since Q1 2010.

This pace of activity indicates that last year’s total global upstream M&A spend of USD 136 billion, as reported by the analytics firm, will likely be bypassed.

Strategic opportunities were identified and pursued by these companies during the oil price downturn. But in contrast to this flurry of M&As, the oil price has shown only brief blips of resuscitation with an uncertain outlook.

That uncertainty has led to changes in the oilfield services (OFS) sector, too, driven in large part by operators’ changing behavior and competitive landscape, the rise of onshore unconventional resources, and the role of digital technologies as “the route to reserves and their monetization,” according to Ernst & Young Global Limited (EY).

Following the megamergers among majors in the late 1990s and early 2000s, the OFS sector reacted to cost pressures with consolidation, which took place mainly among companies with similar services, products, and markets.

In the early 2000s with oil prices around USD 90/bbl, OFS customers demanded highly specialized products and services to tackle challenging areas such as deep water. OFS consolidated again, but this time, companies with niche expertise and offerings also surfaced.

Aker Solutions provides a recent example of OFS consolidation (not included in the figures). The company announced on 7 April that it completed the acquisition of oil services company Reinertsen for approximately USD 24.5 million. The deal adds the third-largest maintenance and modifications supplier for offshore Norway—and its backlog contracts with Statoil, including a minimum 6-year framework agreement awarded in December 2015—to Aker’s portfolio. The companies worked together as a joint venture from 2002 to 2010 providing services to offshore Norway. Reinertsen’s revenue in 2016 was about USD 92 million.

Last December, Aker acquired a 70% stake in Brazilian C.S.E. Mecânica e Instrumentação Ltda. The agreement includes an option for Aker to purchase the remaining 30% of the company 3 years from the close of the deal. The companies agreed to not disclose the purchase price.

C.S.E., which had revenue of USD 120 million in 2015, provides maintenance, assembly, commissioning, and crane operation services at offshore and onshore facilities. With this deal, Aker gains access to Brazil's growing market for servicing existing oil and gas fields and can build on its strategy to expand its services business in key international markets.

In its 4Q 2016 report, Aker said that while the outlook for oil services remains challenging, there are signs of recovery, primarily in the brownfield segment. It said that break-even costs are coming down on projects as the result of simplifying field architecture and the formation of more effective collaboration models. This is expected to help the industry move forward with new investments, and the company anticipates that more projects will be sanctioned this year, especially brownfield projects where the focus is to extract additional value from existing assets and infrastructure.

In drilling-related OFS, Patterson-UTI Energy, a company that operates a fleet of land-based drilling rigs and a fleet of pressure pumping equipment primarily in the US, completed its merger with Seventy Seven Energy on 20 April. Seventy Seven Energy provides contract drilling, pressure pumping, and oilfield rentals in many of the onshore oil and natural gas plays in the US.

This all-stock transaction will be followed by Patterson-UTI’s repayment of Seventy Seven’s debt.

Patterson-UTI and Seventy Seven Energy both build and operate high-spec rigs. Patterson-UTI will gain 40 rigs, to bring its total to 201. It will also gain 500,000 horsepower of fracturing equipment located in the Anadarko Basin and Eagle Ford Shale, adding to its 1 million horsepower in Texas and the Appalachian region of the northeast US.

EY expects drivers similar to those in the Aker and Patterson-UTI deals to spur further OFS consolidations.