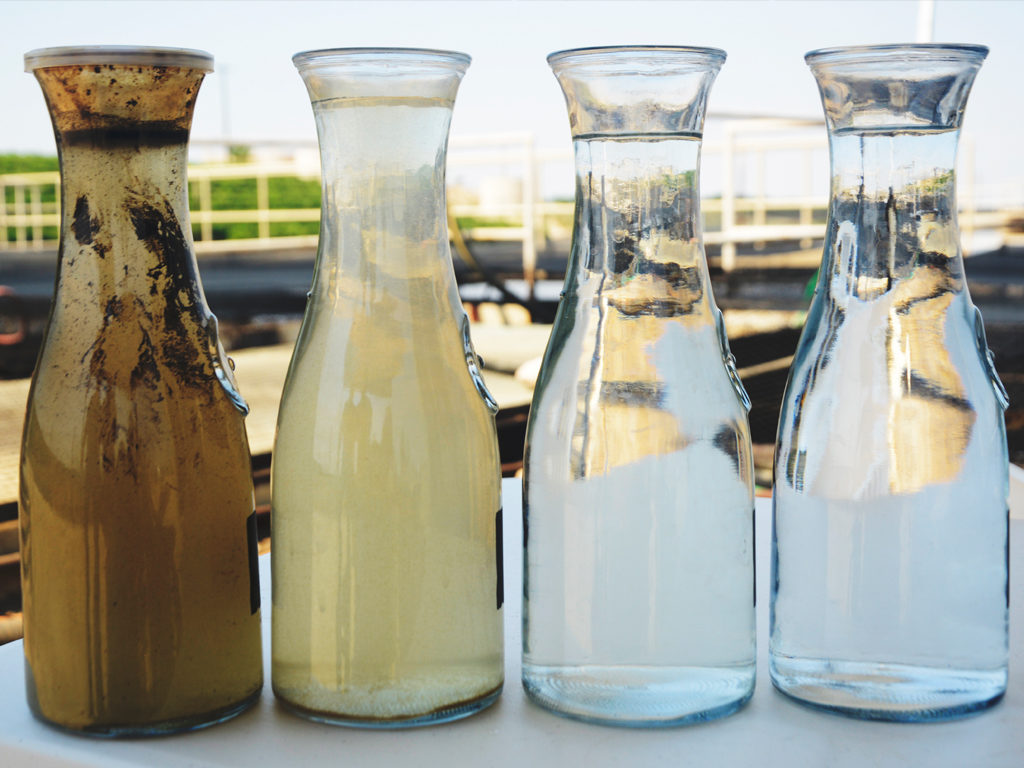 OriginClear’s Electro Water Separation technology treats water prior to reverse osmosis that typically contains a maximum of 3,000 ppm of hydrocarbons. The company agreed to a pilot test of a Sinopec-operated shale gas site in the Shangdong province. Source: OriginClear.

A provider of water treatment solutions, OriginClear, has partnered with a regional organization in the Chinese province of Shandong for remediation of a shale gas site operated by the government-owned Sinopec group, Asia’s largest oil and gas company. The two companies are currently in the midst of a pilot testing period at Sinopec’s FuLing shale gas site in Chongquing, a city in southwestern China, that is intended to qualify OriginClear’s Electro Water Separation (EWS) technology for integration into a multistage process designed to treat hydraulic fracturing and flowback water for on-site reuse.

EWS removes petroleum hydrocarbons and suspended solids from wastewater by utilizing a set of electrodes coated with noble metals and various cathodic materials. After inserting them into the wastewater and applying a low current, the electrodes form microsized hydrogen and oxygen bubbles that attach to suspended solid matter and rise to the surface, forming a layer of solids that can be easily removed.

EWS treats water that has already been separated prior to reverse osmosis. The water typically contains a maximum of 3,000 ppm of hydrocarbons.

“We use this very specific coating on the electrodes to cause this whole series of chemical reactions,” said J.L. Kindler, president of OriginClear’s technologies division. “Most of the hydrogen and oxygen bubbles go out, but a significant fraction will actually recombine differently because of the catalytic effect of the coatings that we have on the anodes and cathodes. They will recombine as very powerful oxidants, and these will target the dissolved organic materials that are in the water.”

OriginClear originally designed the EWS process to remove microalgae from water for oilfield production. In 2010, the company began redeveloping the application to handle suspended contaminants in flowback water. The company began doing on-site demonstrations in California and in the Permian Basin in 2015, shortly after the beginning of the oil price downturn.

“We put more emphasis on developing the advanced oxidation process that we are using for industrial wastewater,” Kindler said of the redeveloped EWS process. “We are dealing with extremely contaminated water that cannot be easily treated by conventional technologies.”

Discussions for the Sinopec deal began last December when Shandong Tong Heng Environmental Technologies (SDTH), a vendor based in the Shandong Province of China, contacted Kindler with a request for a sales licensing agreement. The two sides announced the deal on 24 March in DongYeng, the city where SDTH has its headquarters.

In a press release announcing the deal, OriginClear stated that capital expenditure on industrial water and wastewater treatment in China may increase by nearly 25% over the next 5 years, reaching USD 6.8 billion by 2020. A project site manager at Sinopec Energy Saving and Environmental Protection Company said that wastewater treatment technologies will become more of a necessity for Chinese operators as water quality regulations tighten and freshwater sources become increasingly scarce.

Kindler said the partnership is indicative of the growing interest he has seen from Asia for the EWS technology in recent months.

“Now that oil prices are coming back again, we are witnessing interest from the market both in the US and Asia. In this context, this is why we started this partnership with Sinopec.”