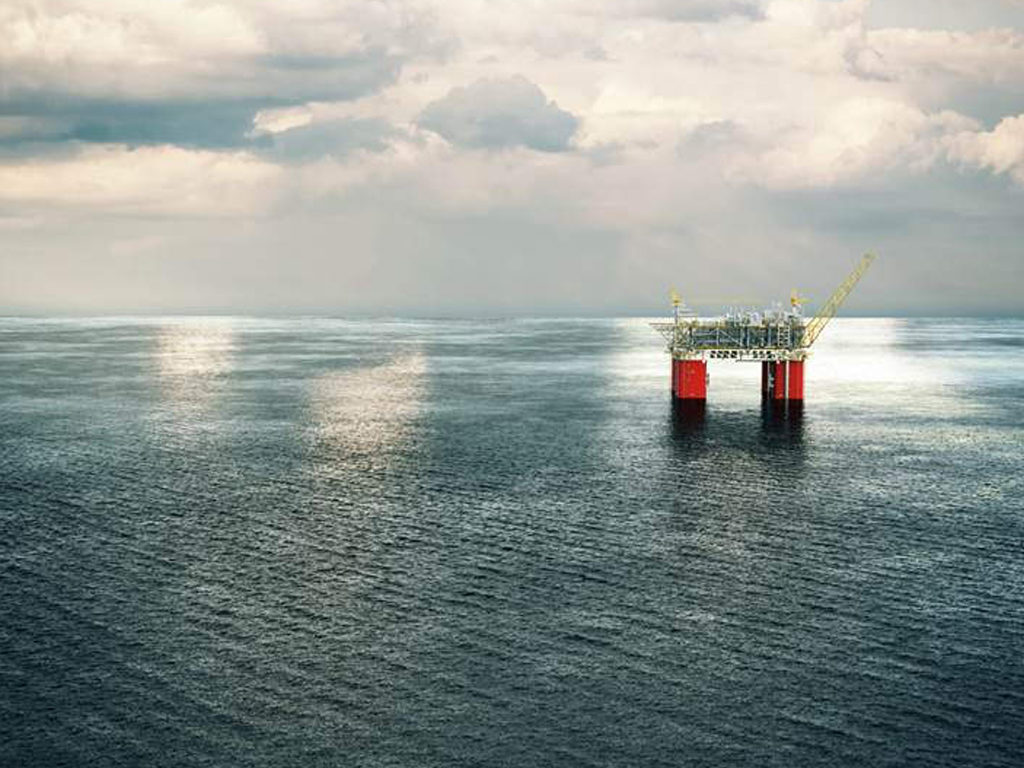 A panel discussion at OTC focused on the lessons learned developing the Mad Dog field. Mad Dog Phase 2 will include a new floating production platform with the capacity to produce up to 140,000 gross barrels of crude oil per day from up to 14 production wells. Source: BP.

On the first day of the 2017 Offshore Technology Conference, a panel of executives, project managers, and government regulators involved with the Mad Dog project in the US Gulf of Mexico (GoM) discussed the lessons learned in bringing the project on line. While the panel focused on several elements of the development of the Mad Dog field, ranging from seismic imagery to facility construction to the issues faced after first oil in 2005, a common theme of the seven panelists was the importance of collaboration and strategic alignment amongst every company involved in the project.

The Mad Dog spar is designed to process 80,000 BOE/D and 60 million ft3/D of gas. BP operates the field and holds a 60% ownership interest. BHP Billiton and Chevron are co-owners. The Mad Dog Phase 2 development will include a new floating production platform to the west of the existing spar, with the capacity to produce up to 140,000 gross barrels of crude oil per day from up to 14 production wells.

Bill Steel, BP’s project general manager for Mad Dog Phase 2, listed collaboration among the three factors that he said were critical to the success of the project: Industry-led solutions and the emphasis of value over volume in decision making were the other two factors. In designing the platform, he said BP did not want to focus on maximizing production volumes; rather, the company recognized it had to have reasonable first-day expectations in mind while also factoring in possible scaleups if the project was successful.

“Instead of going after barrels, we focused on value over volume,” Steel said. “Instead of incorporating a design for a future that may not happen, the principle was to build something based on reasonable day-one use that was capable of expansion later if we needed it. That was in our minds.”

Aleida Rios, vice president of operations at BP, said an effective collaborative relationship between co-owners has been critical to keeping Mad Dog viable, particularly as it replaced the drilling rig that was destroyed by Hurricane Ike in 2008. Damage from the storm forced a 5-year pause on the drilling program and a 16-month outage to the spar during the rig replacement.

“We couldn’t have done what we did on this spar without a lot of partnership and collaboration with BHP, with Chevron, with our suppliers, and with our regulator BSEE [Bureau of Safety and Environmental Enforcement],” she said. “Maximizing the value of this facility is key. I believe there is still value in this facility. It is viable and will remain strong.”

Rios said the rig replacement process forced BP to consider how to optimize its staff on the platform, and that in rebuilding and running the spar, the company has been forced to efficiently integrate its drilling, completions, and operational functions.

“If you’ve ever worked on a facility, you know that every person on board is critical,” Rios said.

“We were very busy with the rig replacement project, and we also had to do fabric maintenance, and we had to keep up with the integrity of the facility. That was a significant challenge during that time. We put in a focused effort.”

Bob Squires, nonoperated joint venture project manager at Chevron, said that the collaborative relationship between the co-owners of Mad Dog spawned from a culture developed early in the project. To this end, he said it was essential that all three companies share the same end goals, and that they be transparent in sharing data and making their top personnel available in the decision-making process.

“We have to bring out the best people into the discussions with BP. That means that, when we do work, we have to be willing to share all the work we do with the BHP Billiton people and with BP so that we they can actually see what we’re thinking.