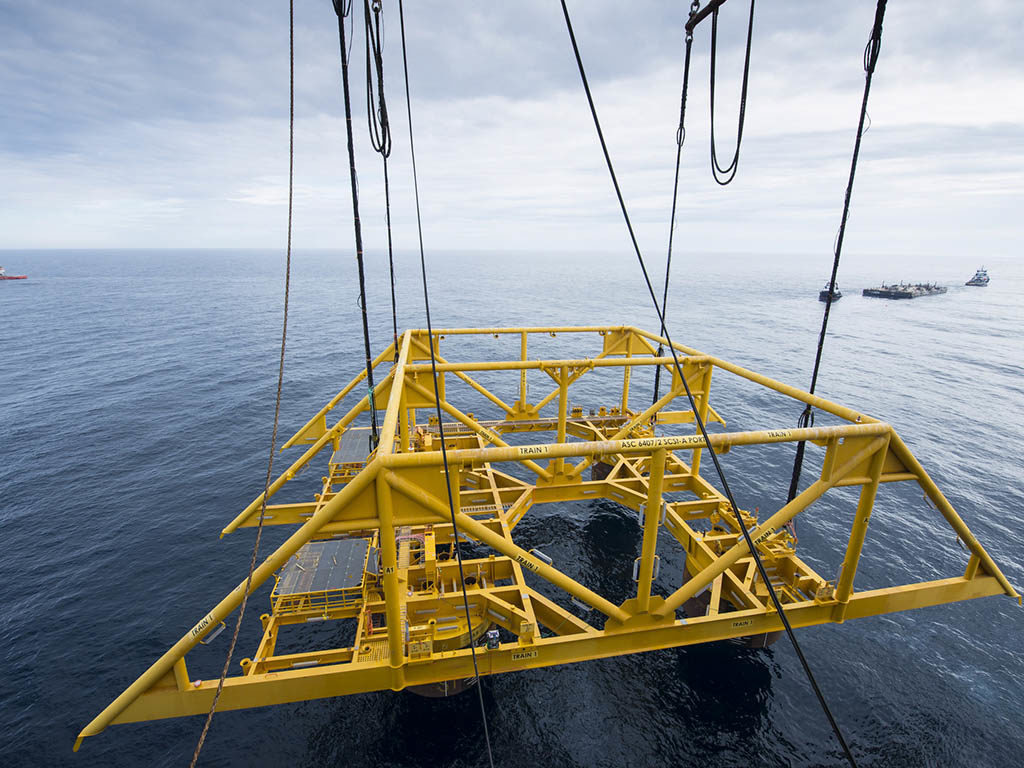 In recent years, subsea processing and subsea gas compression have become more valuable tools for companies seeking to extract more resources from their aging fields and develop new properties in a cost-effective manner.

In the fall of 2015, Statoil launched two industry milestones with their subsea compression stations at the Åsgard and Gullfaks fields, finalizing a long-term technological development in a burgeoning field of study. The Åsgard compression station is the world’s first subsea gas compression facility to go on line when it started up last September. The Gullfaks station, which came on line a month later, is the first multiphase compression system to be installed at the seabed.

At a technical session, “World’s First Subsea Compression,” held during the recent Offshore Technology Conference (OTC), representatives from Statoil and several other companies involved in the design, fabrication, and delivery of the subsea compression stations discussed the process of finalizing a technological strategy aimed to improve field life.

The Åsgard field is located approximately 124 mi (200 km) off the central coast of Norway, in the Norwegian Sea. It comprises the Smorbukk oil and the Midgard and Yttergryta gas assets. The gas field Mikkel, located approximately 25 mi (40 km) is tied back to Midgard. The field consists of Åsgard A, a floating, production, storage, and offloading (FPSO) unit; Åsgard B, a semisubmersible for gas processing; and Åsgard C, a storage ship for condensate.

Statoil initially started up the field in 1999. By the mid-2000s, Statoil sought to develop ways to increase gas recovery in Åsgard and Mikkel and extend the lives of both fields so, in 2005, the Åsgard subsea compression project was set up to deliver a subsea compression station. Delivered by Aker Solutions and started up in 2015, the compressor station consists of two compressor trains that operate in parallel. Weighing 5,100 tons, the station is expected to help produce an additional 306 MMBOE from the field through the year 2032.

Development of the compression system presented unique challenges for Statoil and its partners. As it replaced a conventional gas compression platform, it was designed with an emphasis on operability and system availability. This meant that the unit had a high degree of redundancy and fault tolerance built into the system, where duplications of equipment allowed many functions to withstand more than one failure.

“We’re not always first, but we really like those early adaptors and innovators to pave the way for us,” Storstenvik said. “As an industry, we need those innovations, those significant and sustainable improvements. Those early adaptors were involved [in subsea compression] for years well before we started Åsgard. Even better, when we see the next subsea compression project, all of those problems we are dealing with now will also pave the way for the next project to go even further.”

The system was sized with an overcapacity that allowed it to partly compensate the loss of main functions in case of a failure. Aker could not replicate larger pieces of equipment, but it designed mechanisms into the system that helped reduce the impact of failure modes.

Because the depleting pressure in Midgard and Mikkel were dependent on the pressure support, the compression system was expected to be ready on time. A delayed startup could result in a loss of millions of barrels of oil equivalent. In addition, given that a subsea compression system had never been undertaken before, Aker could not reference previous lessons learned from other projects when solving issues that arose during construction and installation.

However, Storstenvik said that despite the lack of a “subsea compression encyclopedia,” Aker relied on several specifications and design standards for process equipment and subsea systems while building the Åsgard compression unit.

“Even though we had more than 200 project specifications and standards, most of them were either for process equipment or for subsea systems,” Storstenvik said. “We also had a functional design requirement, which was tailored for Åsgard. It was a good augment, but it could not be used too much for feedback because we had never done this before. We did, though, have some understanding of what some functional properties [of the compressor] meant in practical terms.”

The compression station process system at Åsgard was designed to increase the pressure of incoming fluids to a level suitable for sustaining flow, accelerating production, and maximizing recovery while operating at a reduced wellhead pressure. The station is made up of two identical compression trains that operate independent of one another.

Fig. 1 illustrates the main process flow for an individual compression train. The process begins with the cooling of the incoming multiphase well fluid. The cooled fluid is then transferred to a scrubber and separated into a gas and a liquid stream. The gas stream is pressurized in a centrifugal compressor and cooled in a discharge cooler, while the liquid stream is pressurized in a centrifugal pump. The two streams are then recombined and flow to the topside as a multiphase stream.

Storstenvik said flow assurance and hydrate management were a significant challenge during the project. To mitigate hydrate buildup, Aker applied thermal installation between the scrubber and the compressor, as well as on the antisurge line. A monoethylene glycol (MEG) injection system is also used for continuous hydrate inhibition and to displace hydrocarbons before the retrieval of a module.

Aker also introduced a deliberate leak in the antisurge valve to heat the antisurge line. As a backup solution for hydrate removal, the compression system circulates a hot mixture of water and MEG, which has been distributed from Åsgard B, to a set of service hubs through the manifold station.

Operated by Statoil, Petoro, and OMV, the Gullfaks field is located in the North Sea, located approximately 109 mi (175 km) northwest of the town of Bergen on the southern Norwegian coast. The first platform in the field, Gullfaks A, started up in 1985. Two other platforms, Gullfaks B and Gullfaks C, started up in 1988 and 1989, respectively.

Delivery of the subsea compression project for Gullfaks took place from May 2012 to March 2015 and installation was executed in the spring and summer of 2015. The project came on line in October. The subsea compression system is expected to produce an additional 22 MMBOE from the reservoir, increasing recovery from 62% to 74%.

Mads Hjelmeland, director of emerging technologies at OneSubsea, said the compression system was similar to a topside system. Like with Åsgard, the primary goal with the Gullfaks system was to boost the wellstream in order to increase the production rate and ultimate recovery over the remaining life of the field.

The subsea compression system allows for the compression of three incoming headers, and it was designed to accommodate four modes of operation:

To meet the requirements of Statoil’s design basis, the system needed to include, among other things, two compressors with common section and discharge lines. Each compressor needed to include its own recirculation line with a choke, allowing startup and shutdown of one compressor while the other was in operation. Flow measurement, pressure, temperature, and vibration monitoring were also included to optimize production and ensure reduced operational expenses and downtime.

Critical vendors received the most attention in its inspections and tests program. Mechanical completion tests, factory acceptance tests (FAT), stackup tests, and system integration tests were performed on the hardware prior to packing and preservation. The software went through FAT as well, but Statoil also performed an extended FAT.

Oen Jensen said each test was valuable in providing the information needed for properly installing and operating the system, as the discovery of hardware and software issues during the testing phase helped lessen the time needed for commissioning.

“You learn everything in every test,” Oen Jensen said. “When you’re offshore, that’s very crucial when you have a vessel costing you maybe USD 500,000 each day. Basically, we did the commissioning of the system onshore before we transported it offshore. That was a great benefit.”

However, Statoil did not have relevant experience data for correlation and diagnosis of barrier fluid consumption, and the barrier fluid system became stiff during operation because of high suction pressure.

The subsea hardware consists of a protection structure, the multiphase compression station to provide all process functions, and an umbilical termination assembly that provides the interface between the subsea compression system and the integrated power and service umbilical.

OneSubsea’s governing design parameters for each hardware component were based on previously deployed subsea pumping systems. The design required the application of standard inspection, maintenance, and repair vessels for intervention work like the retrieval and redeployment of key components like wet gas compression modules, subsea cooler modules, SCMs, and choke valves.

As the cooler module was installed in a location with limited access for inspection, maintenance, and repair, it was designed to be simple and robust. The cooler helps control the temperature of the compression system by interacting with the compressors and the process chokes; because of its ability to induce heat, Hjelmeland said a robust philosophy for wax and hydrate management was incorporated into the system.

“When in operation, there are no issues with hydrates typically, but that depends on the pressures and temperatures we see at the station, but that wouldn’t be a machine-specific issue. That would be more of a system issue,” Hjelmeland said.

Additional hubs were installed in the compression system to facilitate tie-ins to future discoveries. The system’s modular design will enable modifications to critical components as field conditions change over time.

The subsea facilities consist of a manifold that provides tie-in points and routing possibilities for the well flows, as well as two interchangeable compressor trains installed within the manifold. This structure is installed within a larger protective structure. An integrated power and service umbilical provides MEG to the control system. It also feeds power and barrier fluid to the compressors. The barrier fluid is used to cool and lubricate the electrical motors, bearings, and seals.

Gullfaks utilizes a conventional subsea control system, with communication between topsides and subsea provided by optical fibers. The variable speed drives for each compressor were installed on the topside of Gullfaks C, thus limiting the complexity of the installation of each subsea component.