Hierarchy Theory and the Sound of One Hand Clapping 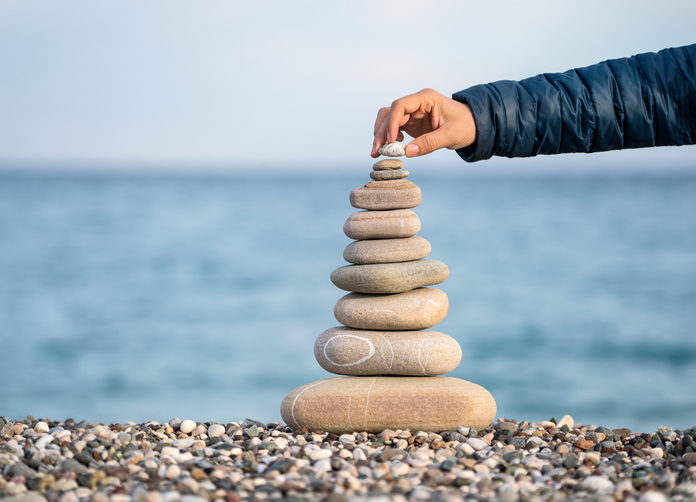 The world is hierarchically organized. In biological systems, there is a really good reason for this as I discuss below. Hierarchy theory studies “things,” which are ordered into a hierarchy.

I discuss two trivial applications of the theory, which is, in fact, a very powerful way of looking at the world. It is a tool that you should have in your engineering and management toolboxes.

I have long been annoyed by the question: “What is the sound of one hand clapping?”

And by this paradox: “This sentence is false.”

I don’t know what insight Eastern thought provides, but I recently became aware of a solution that the Western mind will grasp. The solution amounts to a challenge to the questions and comes to us from hierarchy theory. 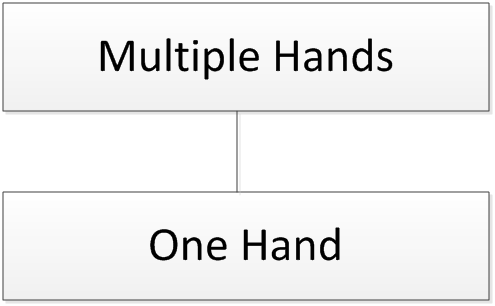 Consider the question of one hand clapping. In this case, the “thing” is one hand and is the first level of a hierarchy. So, obviously, the next level must be multiple hands, providing us with our first hierarchy, as shown here.

What are the properties of the lower level of the hierarchy? One hand can have properties of size, number of digits, color, speed of movement, and even language (sign language). But it does not have a property of clapping.

At the next level up, the hands behave the same in every respect except there is now the possibility of collision between hands. Should a collision occur just right, we will get a clap. Note that even the clap is not a property of the multiple hands—it is an emergent property.

Consider now the paradox: “This sentence is false.”

“This sentence is false” is not a paradox. It is a logical-type error.

The most important features of hierarchical systems are:

Upper levels of the hierarchy control the actions occurring at lower levels, but the control is not active. Indeed, it must be in the form of constraint rather than active control. Managers cannot be aware of most of the actions of their subordinates.

Hierarchical arrangement dramatically simplifies systems. In well-ordered systems, the details of lower-level behavior can usually be ignored at upper levels. At most, their effect on upper levels in the hierarchy is an average. In such a system, analysis of a single level is effective—lower-level details can be ignored.

Science can progress in one of two ways. Consider the hierarchy of a biological system as shown below.

A scientist studying kidneys might approach the task from the bottom up by:

Needless to say, kidney specialists don’t study kidneys this way. It is not now, and likely will never be, possible to progress science in that manner. Even if it were possible to learn everything there is to know about atoms, that knowledge would not be sufficient to fully understand molecules. Some of the properties of molecules are emergent—that is, they are not readily deducible from the properties of atoms no matter how much you know about atoms. Emergence occurs at every level of the hierarchy.

Hierarchical ordering greatly accelerated evolution. Once evolution had created cells, those cells could be modified and used as building blocks. A cell within an organ has some limits to its function—it must take in food, provide energy for the organ, and perhaps operate at increased capacity in times of stress. As long as it meets those constraints, the cell is free to evolve at will. Similarly, the organ has requirements that it must fulfill for the healthy functioning of the organism. Within those constraints it is free to evolve at will. Evolution occurred much more rapidly because evolution could occur more or less independently at all levels of the hierarchy.

More than one level needs to be addressed simultaneously in order to adequately describe a complex system. Complexity involves relating structures and processes that are observed at different scales.

This study of hierarchy is part of an ongoing study of complexity currently in progress at the behest of the SPE Board of Directors. Watch this column for other findings in the quest.

How many Zen masters does it take to change a light bulb?