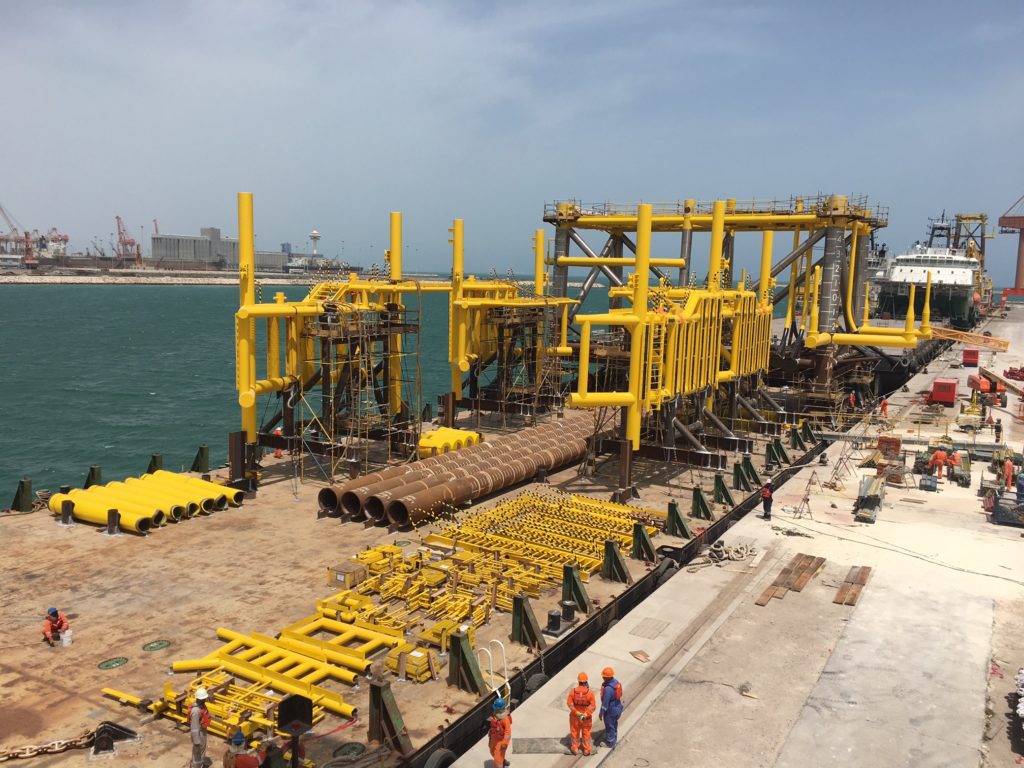 McDermott
The Safaniya 264 jacket being loaded out from the Damman fabrication yard.

McDermott International recently celebrated a major milestone with the load-out and installation of the first jacket fully fabricated by the company at its Dammam fabrication yard in Saudi Arabia.

The Safaniya 264 jacket is part of McDermott’s scope of work with Saudi Aramco. The current scope of work being done at the Dammam yard covers four jackets, eight bridges, more than 70 subsea pipeline spools, and onshore support work.

The jacket has been installed in the Safaniya oil field, located 125 mi (200 km) north of Dhahran in the Arabian Gulf, by McDermott’s Derrick Barge 32 vessel.

The Dammam facility was opened in 2016 to support McDermott’s growing Middle East operations, expand its regional capacity, and support Saudi Arabia and key client Saudi Aramco in its localization efforts.

“The load-out of the first jacket from our Dammam fabrication facility marks another milestone in McDermott’s long term commitment to Saudi Arabia and their Vision 2030,” said Linh Austin, McDermott’s VP of Middle East and Caspian. “Not only have we delivered our first jacket from our new facility, we’ve done it to Saudi Aramco’s schedule; all with no lost time incidents.”