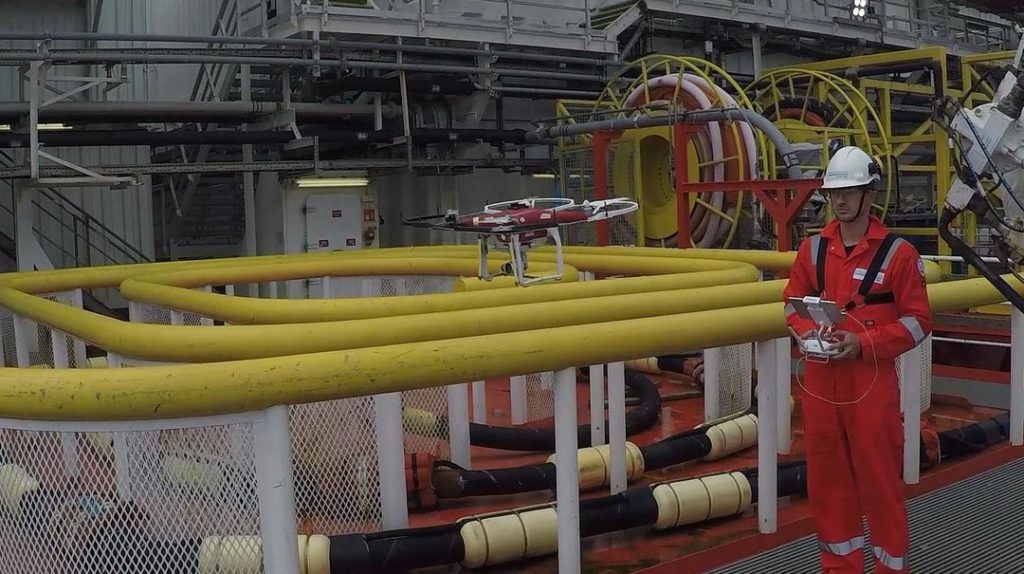 Surveyors from DNV GL have carried out the classification society's first offshore drone survey on the semisubmersible vessel Safe Scandinavia in the UK North Sea. Owned and operated by Prosafe, the 25,383-gigatonne support vessel (TSV) supports Statoil's drilling operations off the coast of Norway.

Using camera-equipped drones, DNV GL's drone pilots checked the TSV's fairleads and their connection with the vessel's two columns as part of the intermediate survey.

"Normally, this kind of operation would cause disruption to our client for several days," Ian Young, COO at Prosafe, said. "The drone survey took only a few hours and was just as effective."

DNV GL has carried out multiple drone surveys on ships and offshore units, inspecting many areas on board ranging from tanks and cargo holds to external structures such as jack-up legs. The inspection of such spaces can be costly and time consuming, and in some cases potentially dangerous. Using drones to visually check the condition of remote structural components can significantly reduce survey times and staging costs.

"This was a great opportunity for us to demonstrate our drones' abilities to check the condition of remote external components in challenging offshore conditions," said Cezary Galinski, Poland project manager classification at DNV GL. "The survey showed that the fairleads and their connections were in a good condition."