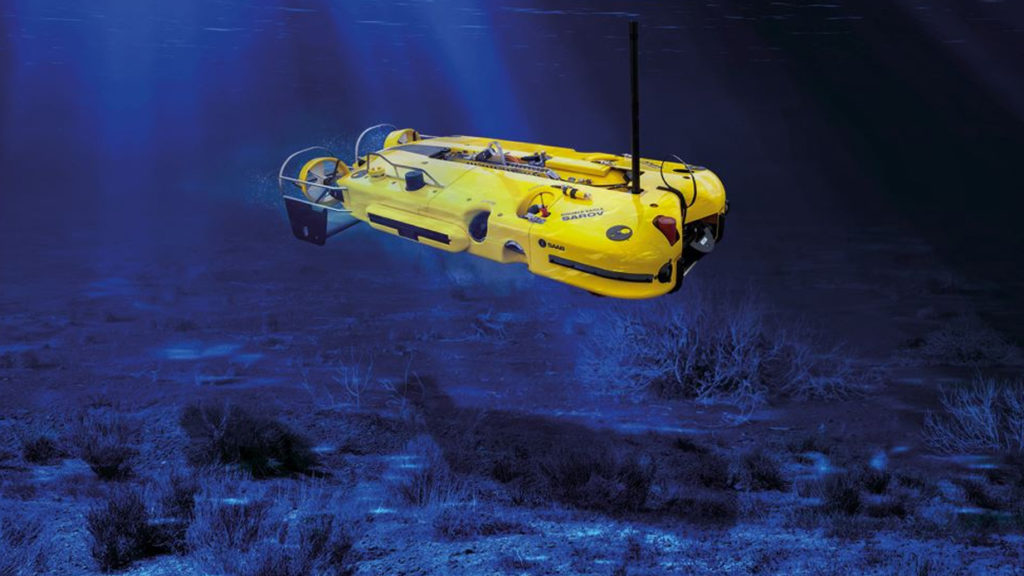 Saab
A WiSub-led JIP aims to use pinless connection systems to facilitate subsea AUV docking. ROV/AUV operators like Saab, whose SAROV hybrid vehicle is pictured, are also part of the project.

A universal interface to facilitate autonomous underwater vehicle (AUV) docking with subsea structures is being developed through a joint industry project (JIP) between companies and universities in Brazil, Norway, Poland, Sweden, and the UK. Led by WiSub, the consortium includes operator Statoil and service companies such as DOF Subsea, Kongsberg Maritime, and Saab Dynamics, along with Bergen University, the Federal University of Rio de Janeiro, and the Warsaw University of Technology.

One of the project’s primary goals is to enable long-term remote operation of underwater vehicles through battery charging and high-bandwidth data transfer through a seabed-based docking station. The project will use WiSub’s pinless connection systems, which were developed to deliver power and data electromagnetically across a seawater gap.

WiSub CEO Mark Bokenfohr said that the battery life of seabed-based robotics typically does not extend beyond 1–2 days before requiring a recharge. The data collected by an AUV also requires distribution and processing, typically to an onshore facility for analysis. Connection to an underwater cabled network linking the seabed to the shore is the primary means to charge an AUV and transfer data, but Bokenfohr said that connection systems that employ conductive pins have tight mating tolerances, sealing systems, and limited mating cycles. Removing pins from the connections allows for repeatable underwater connection and disconnection.

Bokenfohr said the JIP would be valuable in breaking the pinless connection systems into the subsea market.

“What we’re doing is we’re sharing, or maybe diluting, some of our unique selling proposition, but we’re taking the long-term view of abundance vs. scarcity,” he said. “We’re saying that there should be enough in the future for everyone, not just us, so we don’t have to be greedy and use only our interface. We’re saying we should develop a universal interface because it’s in everyone’s best interest, including our own. Maybe we’ll have to compete with some people later on, but at the very least we’re propagating our technology into an area where we realize it’s going to have a huge benefit.”

Another goal for the project is to enable the charging of distributed sensor networks from AUV systems via bi-directional power transfer, which would allow operators to install sensors without using cables. Bokenfohr said this technology may be extremely useful for various elements of subsea operations, such as riser monitoring. Bi-directional power transfer would enable the distribution of sensors along a riser or pipeline without the need for infrastructure to connect them because the infrastructure is enabled by the autonomy of the data collection device and power transfer device.

“If you were to install an instrument on your riser, or your pipeline, and you don’t run a cable through it, you could have a resident AUV in the field plugged into a single cable that runs to the shore that is powering the AUV and running data to and from the AUV. It runs its daily routine where the AUV goes from sensor to sensor, like a bee to flowers,” he said.

A 250-W power transfer device based on WiSub’s existing data transfer technology should be available by the end of 2017. Bokenfohr said the company was also working on a 2-kW transfer capable of fully charging an AUV, but challenges with standardizing the technology for AUV manufacturers may push the release date beyond this year.

The JIPs managed by DNV GL and Berenschot focused on 3D-printed-component certification and supply chain set-up.