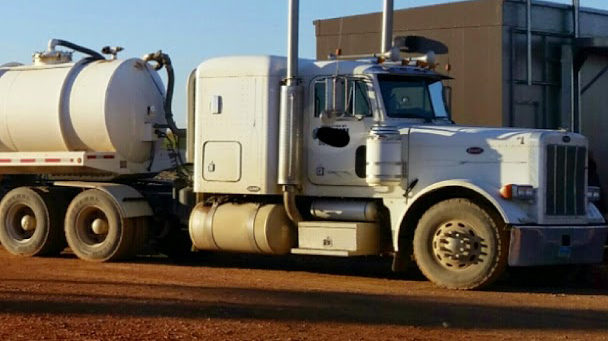 Flowback water treatment, disposal, and reuse can be extremely costly for operators in the Marcellus, as formation water gets trucked out to disposal facilities that may be as far as 100 miles away from a well. A recent study from Texas Tech University argues that developing proper models to quantify and predict produced water volumes in the Marcellus may help companies create an optimal allocation workflow for transporting water to various facilities, which could have significant economic and environmental impacts in the region.

A paper written by Amin Ettehadtavakkol and Ali Jamali for the 2017 Unconventional Resources Technology Conference (URTeC) explained the process of making these predictive models. Speaking at the conference, Ettehadtavakkol said there were several challenges in executing his study, mainly the lack of available water data from Pennsylvania and West Virginia, along with other inconsistencies in the available datasets. The use of spatial and time regression methods, he argued, may partially alleviate the drawbacks of missing data.

Ettehadtavakkol described an outline of four stages of data analytic workflow he and Jamali created to help quantify the long-term environmental impact of water disposal from the Marcellus shale gas developments:

Development of technical analysis. Uses core technical knowledge from geologists and geophysicists; petroleum, environmental, and facilities engineers; and data science tools to incorporate the gathered data into integrated descriptive and predictive tools. For the proposed problem, significant effort was dedicated to the selection (or development) and tuning of equations and workflows for well development, hydrocarbon, and water production data, and disposal data spatial and temporal models that properly describe and match the production and disposal history. These models quantify the prevailing trends in the data that may be used in the predictive analytics stage.

Management and/or regulation support. Involves the qualitative explanation and interpretation of the outputs to achieve the work objectives. The final recommendation is the optimization of the allocation of the produced water to the candidate disposal sites; for example, to minimize the environmental footprint of disposal while meeting regulatory requirements.

Ettehadtavakkol said there were several challenges to integrating this data into an analytic workflow. Water production in Pennsylvania is poorly reported in the public domain. Water production, recycling, and disposal data for West Virginia wells, which comprise a significant portion of the Marcellus dataset, are not publicly available. Fluid production, use, treatment, and disposal data are not available for all leases, though Ettehadtavakkol and Jamali wrote that records improved after mid-2015, implying that the usable portion of data for a reliable analysis is limited to a year-long interval from mid-2015 to mid-2016.

“Oil and gas data is sporadic and highly diversified in nature,” Ettehadtavakkol said. “There is a lot of missing data and a lot of reporting issues. We have two solutions. We can either give up on that or try to mitigate by utilizing what we have. We can use the more sophisticated databases that are available from states and companies. Our challenge is: When we acquire data, how do we handle it?”

Ettehadtavakkol said that estimating produced water production was not possible without West Virginia water production data, so he and Jamali establishrd a workflow that could mitigate datasets with frequent missing or erroneous data. They started by selecting four counties in Pennsylvania near the West Virginia border (Allegheny, Fayette, Greene, and Washington) as their study area. Then they correlated annual water production and gas production data spatially and temporally. Ettehadtavakkol said that the analysis of this data indicated the significant influence of technology development on production. After dividing well production data even further (pre-2011 completed wells vs. post-2011 completed wells), he said there was a positive correlation between gas and water flow rates.

“It gives us some confidence in the use of gas flow rates to determine water flow rates. That’s a starting point. If we have more information on the completion and the wellheads, we can add that. We consider this as an extension of our work,” Ettehadtavakkol said.

Predictive models for existing wells were handled with decline curves from sample wells in each county, and water production rates were correspondingly projected with the correlation of recent wells. Ettehadtavakkol and Jamali then simulated projection of gas and water production from new wells with a five-step procedure. The first step was to average the number of wells drilled each month. Second, they assigned a gas production profile to each new well drilled in accordance to the P50 gas production profile for that county. Third, they estimated the yearly gas production of each new well. Fourth, they used a yearly water/gas correlation for each county to estimate the produced water using the estimated gas production. The last step was to add produced water from all wells to determine the county-level water production.

The annual water production predictions determined that produced water from new wells in the four counties should peak in 2020 and decline afterwards. However, the predictions only extended to a 5-year period because the extent of drilling activities will be affected by the oil and gas prices and the government policies and regulations, which will make them more likely to deviate from the logistic model.

In 2016, Ettehadtavakkol and Chad Kronkosky published a paper that examined the application of data-driven modeling and data-driven predictive analytic approaches in the analysis of saltwater disposal in Andrews County, Texas.

Fig. 1 shows the aggregation of fluid migration patterns and trip counts for Andrews County. Ettehadtavakkol and Kronkosky noted the distance between production locations to SWD facilities (noted as blue triangles in the figure), as well as the numerous nearby SWD disposal facility locations that various produced water transports pass on their way to their eventual disposal location. They wrote that, given this information, significant improvements could be made concerning produced water disposal hauling distances.

At URTeC, Ettehadtavakkol said that implementation of this method may result in a significant reduction in the transportation of produced water, because it will optimize recycle facility locations across the Marcellus and alter the current disposal and recycling cost structures. However, he also said implementation should be deferred due to the limited availability of public data.