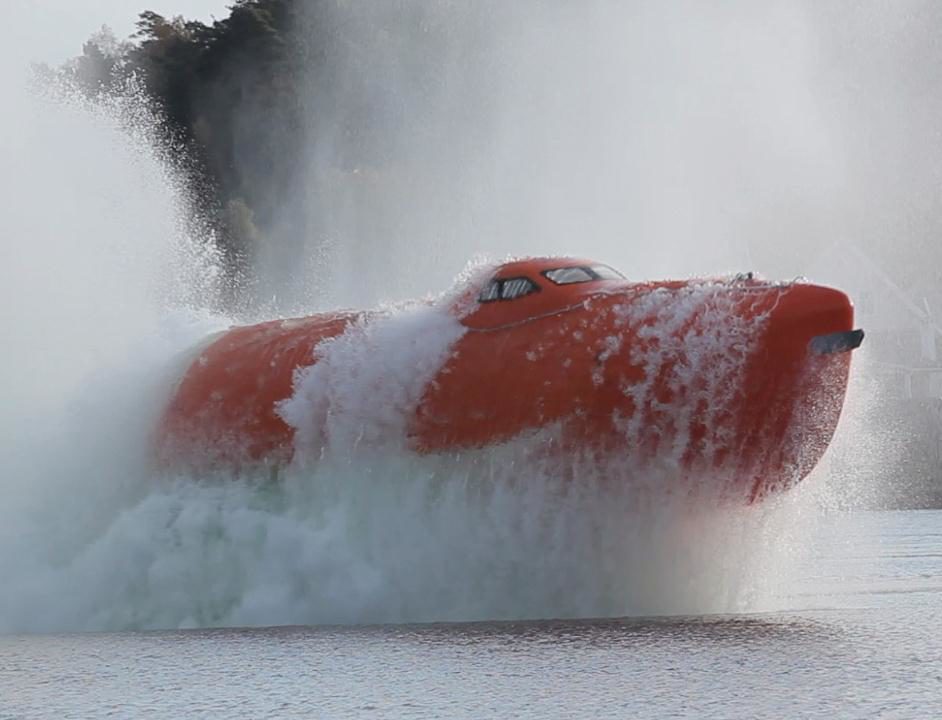 Norsafe has won a contract to supply lifeboats for the Coral South project. Source: Norsafe.

Since Eni’s final investment decision and a round of contracts awarded to various companies in June, additional contracts have been finalized for the Mozambique Coral South FLNG project.

SOFEC was awarded the engineering, procurement, and construction contract for the internal turret mooring system and its ancillary components for the project by the joint venture comprising TechnipFMC and JGC Corp. SOFEC will also assist in turret integration and offshore commissioning. Project delivery includes both the turret mooring systems (mooring legs, mechanical connectors, and anchor piles) and fluid transfer systems (piping, swivels, safety, and controls).

This project is SOFEC’s fourth single-point mooring system for LNG-related business and using its high-integrity pressure protection systems (HIPPS) technology, which the company said enables a reduced pressure envelope through the swivel stack by efficiently locating the HIPPS on the geostationary part of the turret.

The components of the turbo-compressor trains and turbo-generation units will be manufactured at BHGE Nuovo Pignone facility in Florence, Italy, where the train will be assembled and tested in the Massa facility.

A contract was also awarded to BHGE after the closing of the integration between GE Oil & Gas and Baker Hughes last July and it includes the supply of boil-off gas (BOG) and booster compressors capable of operating at –180°C to re-liquefy excessive BOG evaporating out of the LNG storage tanks.

Air Products will supply its proprietary cryogenic coil wound heat exchanger technology and the liquefaction process license for the FLNG facility. Its dual mixed refrigerant process will be used.

Air Products said that typically, an LNG heat exchanger can be as large as over 15 ft in diameter and 180 ft long, or about two-thirds of the size of a football field. A finished unit can weigh as much as 500 tons.

Offshore equipment provider Norsafe was awarded its largest-ever contract to supply lifesaving vessels and appliances to the project. The contract includes eight freefall systems containing five GES (gravity escape system) 50 MKIII lifeboats with HD-50 davits and three GES 45 lifeboats with HD-45 davits. The davits will be delivered in November 2018 and the lifeboats in February 2021. The GES 50 will take up to 70 persons and can drop from a height of 47 m; the GES 45 takes up to 60 persons, with a maximum drop height of 40 m.

The Coral South FLNG project, the first phase of EEA’s development plan for the gas discoveries made in the Rovuma Basin Area 4, will include the installation of an FLNG facility with a capacity of around 3.4 MTPA, fed by six subsea wells and expected to produce around 5 Tcf of gas during its production life of 25 years. Expected startup is mid-2022.