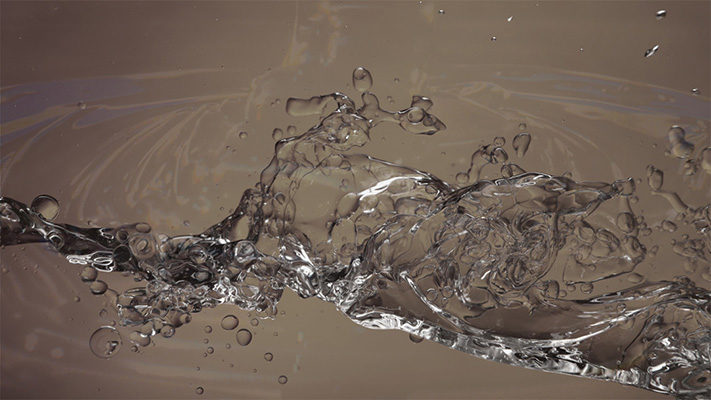 Fluid Efficiency Corporation, a California Institute of Technology (Caltech) spin-out, has closed a seed capital equity investment led by Rhapsody Venture Partners with participation from strategic corporate partners for further development of megasupramolecules (MSMs), a suite of molecules designed to improve the viscosity index of lubricants, and makes oils easier to move through pipelines.

Julie Kornfield, a professor of chemical engineering at Caltech and a cofounder of Fluid Efficiency, said that the MSMs’ misting control properties are the key to improving the flow of fuel through pipelines. While other polymers have shown similar benefits, Kornfield said their deficiencies limit their usefulness. For example, ultralong polymers tend to break irreversibly when passing through pumps, pipelines, and filters. Although the supramolecules detach into smaller parts as they pass through a pump, the process is reversible. The Velcro-like units at the ends of the individual chains reconnect when they meet.

“Their function resembles that of ultralong covalent chain molecules, which have been known to give drag reduction and mist control, but those previously known molecules can become torn up,” she said. “When [MSMs] get into an intense, turbulent flow or pass through a filter, the linkages are reversible. They can let go, release the tension in the molecules when it becomes dangerously high in a vessel.”

Oil pipelines are subject to turbulent flow, which leads to significant turbulent drag that can increase the energy required to move fluids by a factor of 10. Existing drag-reducing agents are ultrahigh-molecular-weight polymers that break in strong turbulence and must be continually replenished. Kornfield said that using MSMs as flow enhancers may help reduce energy costs as well as the costs of drag-reducing additives and polymer concentrations needed to move fluids through pipelines at the same flow rates, or increase pipeline throughputs using the same amount of energy while keeping the cost benefits of the additives and and polymers.

“In terms of drag reduction, a long pipeline that does not have injectors, this is a drop-in solution. You don’t have to install something at every pumping station in the pipeline. You can just put it in the beginning of the pipeline and it will work all the way through. It would be more economical to use [MSMs] rather than reinjecting multiple times,” Kornfield said.

MSMs are made up of long telechelic end-associative polymers, large molecules with reactive chain ends that can synthesize with other polymers and form a variety of configurations. This ability to synthesize allows the polymers to self-assemble into very large supramolecules that improve the material properties of organic liquids, but the individual units are still small enough to resist degradation, even under high-temperature, high-shear conditions like engines and pumps.

In a paper written for Science in 2015, Wei et al. explained how statistical mechanics were used to design polymers that self-assemble into MSMs of greater than 5,000 kg/mol at a low concentration of less than or equal to 0.3 wt%. With individual building blocks short enough to avoid hydrodynamic chain scission (where the polymer chains are severed in fluid) and reversible linkages that protect the covalent bonds of the polymers, MSMs can avoid degradation from shearing.

In the coming months, Fluid Efficiency will work closely with a set of customers to refine and launch its technology into an initial set of applications, including lubricants, fuels, and pipelines.

Jason Whaley, general partner at Rhapsody, said his company learned of MSMs and Fluid Efficiency through some of its limited partners who also happened to be faculty at the Massachusetts Institute of Technology.

“We have done some work with oil and gas in the past, so we had a pretty good understanding of it right away,” Whaley said. “We were able to talk to a few customers in the industry about what this technology could do, and there was a lot of excitement in those discussions, which is why we wanted to move quickly to partner with them.”