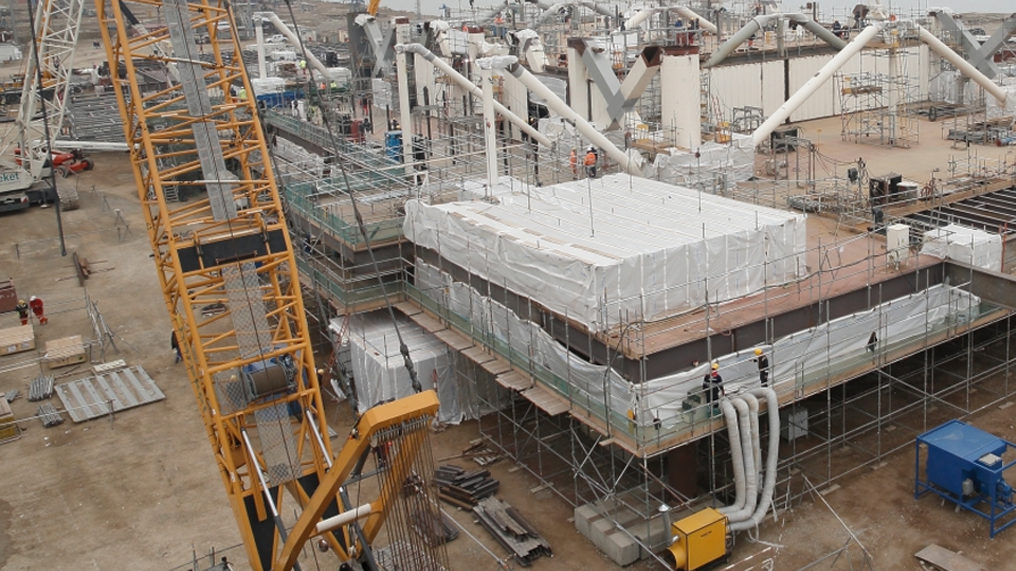 BP
The Shah Deniz 2 platform under construction for BP at the ATA yard in Baku, Azerbaijan. BP is one of the five companies that has pledged to adopt IOGP 577.

Standardization has become a popular term amongst operators looking to stem the rising costs of capital projects, and a new set of recommended practices from the International Oil and Gas Producers (IOGP) Association seeks to further that trend.

At a presentation held during the 2017 SPE Annual Technical Conference and Exhibition, Nilesh Popat discussed the key aspects of IOGP 577, which deals with fabrication site construction safety practices. Popat, general manager of HSSE for deepwater projects at Shell International Exploration and Production and the task force lead of the IOGP Project for Construction Site Safety Practices, also spoke about the challenges that may come with successful implementation of the new standard across the industry.

Popat said the task force was borne out of the recognition that, despite a noticeable improvement in safety performance in recent years, fatalities and significant injuries at fabrication sites were still too commonplace. Comprising construction safety specialists from IOGP members such as Shell, ExxonMobil, Statoil, Total, BP, and Chevron, the task force sought to develop a set of common minimum industry construction safety recommended practices for the work carried out at fabrication sites.

“It is a lot of feedback from third-party [fabrication] yards, construction contractors, of what we as an industry ask of them,” Popat said. “With BP, Shell, and other oil majors, it’s very different from site to site, from project to project, so can we not collaborate and come up with a common industry practice?”

Published in February, IOGP 577 is a series of “must have” requirements for a set of hazardous activities performed at fabrication sites. The task force selected 13 areas of focus for the recommended practices and general requirements:

For these identified areas, the task force found common existing practices and suggested additional improvements that would make the guidelines better understood and easier to follow. Popat said it was important to limit complexity in the standard.

“The recommended practices are two pages, maybe three pages maximum, per hazardous activity. The intent is not to be gold-plated. The intent is to be practical and pragmatic, and for the requirements in place to be very easy to implement on sites,” he said.

Popat said IOGP 577 should benefit the industry in several ways. The standard may provide a step change in safety performance at fabrication sites. He said the use of a standard should also lead to improved productivity and schedule delivery, which may reduce operator costs. However, he said that the standard will not be effective without consistent support and application by operators, and that the task force’s priority has shifted from publication to adoption.

As the time of writing, Popat said five companies have committed to adopting IOGP 577: Shell, BP, Eni, Total, and Kosmos. Exxon, Chevron, and Statoil are currently going through the approval process. Popat said that he expects commitment papers from all eight companies in a few weeks, and afterward the task force will address the wider IOGP membership and construction contractors on the possibility of adopting 577.