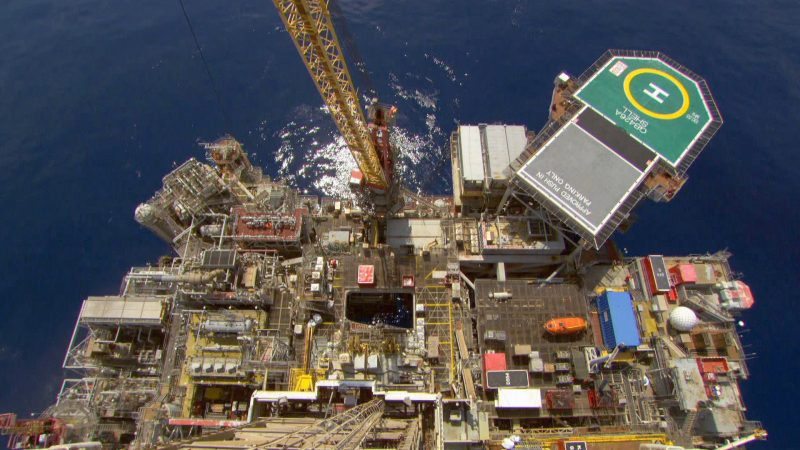 The Auger platform was shut in following a fire on a gas export pipeline on Shell’s Enchilada platform in the US Gulf of Mexico. Auger is connected to Enchilada via an oil and a gas pipeline. Source: Shell.

Shell said it has ended its emergency response activities following a fire on its Enchilada platform in the US Gulf of Mexico (GOM) that happened last week. In a statement released Sunday, Shell said an assessment team had confirmed isolation of the platform from the gas export pipeline and found no presence of uncontained hydrocarbons.

On the morning of 8 November, the US Coast Guard Sector New Orleans received a report that the platform was on fire. The US Bureau of Safety and Environmental Enforcement (BSEE) said that all 46 crewmembers on board the platform were evacuated to a lifeboat and transformed to a nearby platform, Salsa, by the offshore supply vessel C-Liberty. Two Shell employees were injured: a 54-year-old-male suffered flash burns and a concussion, and a 29-year-old male suffered a sprained wrist and a concussion. The platform remained intact after the fire.

Shell said the incident involved a fire associated with a 30-in. gas export pipeline. Production at the Auger and Salsa platforms and other nearby fields was halted after the incident. Hess announced that production at its Baldpate, Conger, and Penn State fields had also been shut in, as well as at the Shell-operated Llano field in which Hess holds a 50% ownership interest. The company estimates production at these four fields at approximately 30,000 BOE/D. It also said that all production coming into the Garden Banks gas pipeline system also remains shut in until further notice.

Located approximately 170 miles southwest of New Orleans, Louisiana, the platform started up in January 1997. It operates in 705-ft water depth on Garden Banks Block 128, near the boundary of the Outer Continental Shelf margin. It is one of five fixed structure facilities and platforms that Shell operates in the GOM. Enchilada was installed to help with the development of oil and gas reserves in the Enchilada/Salsa area, but it also serves as a transport hub that links deepwater developments in the Garden Banks area as well as other infrastructure on the Shelf.

Shell and BSEE are investigating the cause of the incident. Shell said it is in the process of developing a plan for repairing the damaged portions of the platform and redeploying personnel, and there is no timeline for the resumption of normal operations.