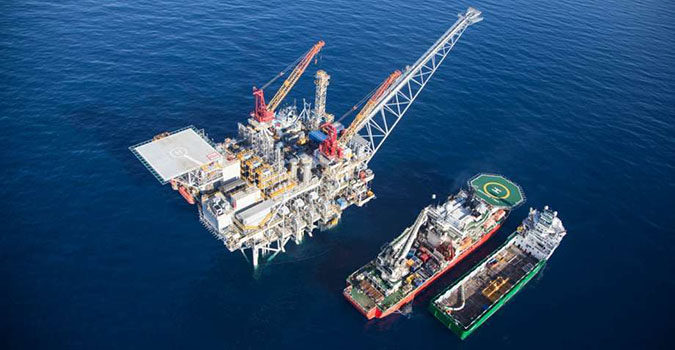 Leviathan is a natural gas megaproject offshore Israel with first gas targeted for the end of 2019. Noble Energy is the operator of the Leviathan field, which contains approximately 22 Tcf of gross recoverable resources and represents Noble’s third major gas development in the region.

Steven Guy, president of commissioning, said, "This award highlights the capability of GATE as a world leader in commissioning services. GATE is very excited to continue our commissioning services partnership with Noble Energy …. GATE is proud to represent the best interests of Noble Energy as we support the delivery of a world-class project. This award is a testament to the trust-based relationships we develop with our clients and our ongoing commitment to health, safety and the environment. These have driven increased backlog for the years ahead, even in the face of intense global competition."

In its 3Q report, Noble said Phase 1 development is 23% completed and critical path procurement activities are 100% completed. Construction of the production platform is underway, and the project remains on budget and schedule with first gas by the end of 2019.

Ensco announced in June that its ultradeepwater drillship ENSCO DS-7 was awarded a contract by Noble to drill two wells and complete four production wells at the Leviathan field development. The contract is expected to begin in March 2018 and be completed in December 2018. The contract also includes four one-well-priced customer options that if fully exercised would extend the contract into 2020.

Dyna-Mac in June announced it was awarded the contract by Cameron Solutions, a Schlumberger company acting through its Process Systems Group, for the fabrication of a monoethylene glycol (MEG) reclamation unit for the Leviathan production platform. The fabrication is expected to be completed by 3Q 2018.

Bureau Veritas, a provider of testing, inspection, and certification services, was awarded a contract in April to provide independent assessment of compliance with project requirements, focusing on the review and verification of design, engineering, fabrication, installation, and commissioning of the safety-critical elements of the project.

Sandvik Materials Technology won a contract to be the sole provider of stainless steel umbilical tubes for the Leviathan gas field.

OneSubsea, a Schlumberger company, was awarded a contract for the supply of 10,000-psi horizontal production trees, tree-mounted controls, off-tree controls, and topside controls. The subsea control system will use traditional electro-hydraulic controls and a fiber-optic communications link to the topside controls.

Schlumberger was awarded a contract for the provision of a measurement and control system. The valves and measurement system will include two large, multirun metering skids, Caldon gas and liquid ultrasonic custody transfer meters, a bidirectional prover, and a building to house multiple natural gas component analyzers and supervisory control systems.

Wood Group Mustang was awarded the contract to provide the front-end engineering and design work for the project’s production platform in June 2016.