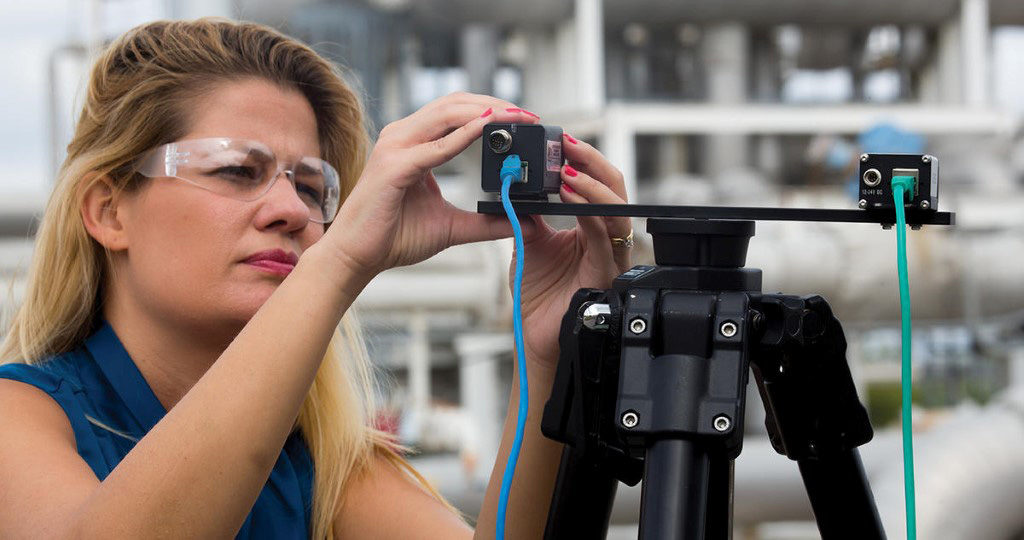 Leaks in the US liquid hydrocarbon pipelines network exceeded 100,000 barrels each year between 2007 and 2012. Using algorithms to process images from sensors scanning the infrastructure, the Smart Leak Detection (SLED) autonomously pinpoints small hazardous leaks before they become major problems, with minimal false alarms. These sensors can be positioned at sensitive pipeline junctures or deployed on drones to cost-effectively fly over pipeline networks, according to Southwest Research Institute (SwRI).

“It makes both environmental and economic sense to identify the smallest oil and gas leaks as early as possible to help ensure environmental safety and pipeline system reliability,” said Maria Araujo, a manager in SwRI’s Intelligent Systems Division and the lead developer for SLED. “The SwRI solution fuses inputs from low-cost optical sensors and applies machine learning techniques to reliably detect the chemical ‘fingerprints’ of small hazardous liquid leaks before they become major spills. It can differentiate between a hydrocarbon and an innocuous puddle of water.”

The success of the SLED system helped SwRI land a US Department of Energy (DOE) award to apply the same technology to detect small gaseous leaks, specifically methane. Methane, a primary component of natural gas, is considered a greenhouse gas because it absorbs the sun’s heat and warms the atmosphere. The Smart Leak Detection/Methane technology (SLED/M), will be designed to automate small leak detection across the entire natural gas supply chain from extraction and storage to transportation and distribution.

“Historically, it has been challenging to effectively detect and mitigate small methane leaks in real time unless you have inspection personnel with sensor devices stationed 24/7 across energy infrastructure,” Araujo said.

Beyond the DOE project, SwRI is developing new applications for the technology, including remote satellite sensing to identify oil spills in places such as the Gulf of Mexico.