What is Normal Behavoir at Your Work Sites? 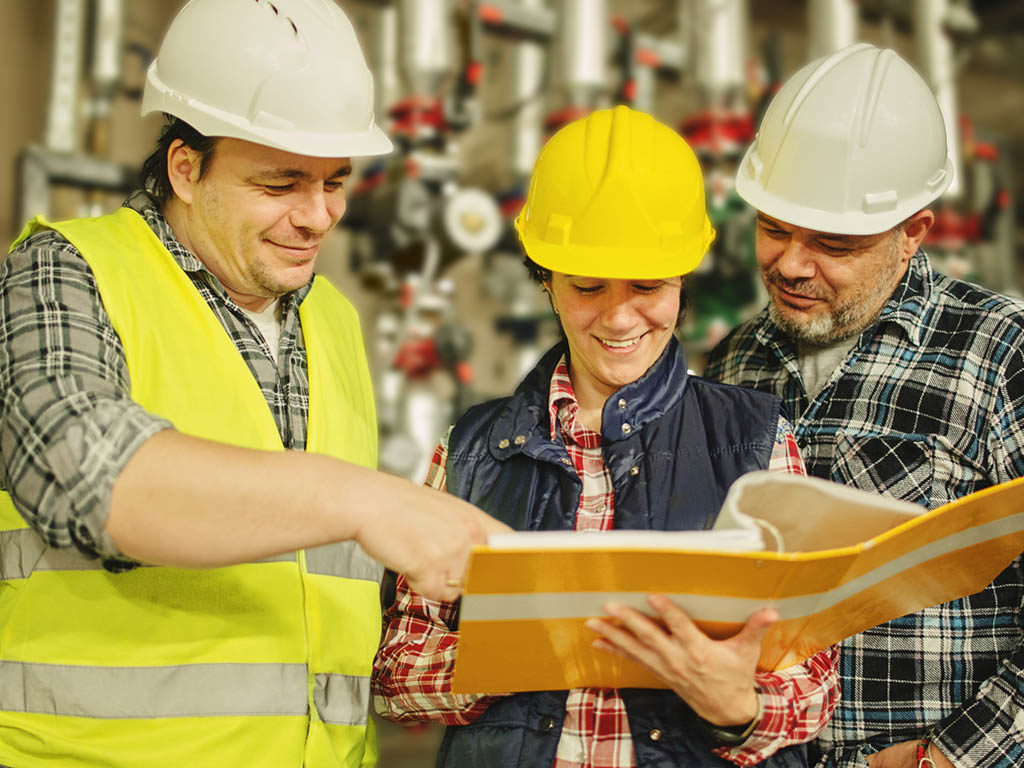 Recent accidents in the oil and gas industry have renewed interest in whether behavioral sciences can provide insights that can be translated into safety interventions. These are typified by the human factors approaches to safety management. Many of these methods are based on an understanding of the behaviors enhancing or limiting human performance, especially in demanding conditions.

The best known is crew resource management (CRM), originally developed by the airline industry in the early 1980s after it realized that many of the accidents involved aspects of human behavior rather than just technical failures. The European aviation industry adopted the term “nontechnical skills” for the components of CRM, such as decision making and team work, and the behavioral rating tools that are used to evaluate them.

In many countries today, all commercial pilots not only have regular CRM training, but they also have their nontechnical skills assessed along with their technical skills. These are cognitive and social skills that complement technical skills to enhance efficiency and safety. The skill sets are identified for particular jobs using task analysis methods, and they typically include situation awareness, decision making, leadership, teamwork, managing stress, and coping with fatigue.

Many organizations have identified the nontechnical skills for workers in safety critical positions and developed CRM-type courses to teach these skills. The aim is to encourage workers to use behaviors that are known to promote safety such as ensuring understanding of procedures, speaking up, challenging unsafe actions, identifying errors, and raising others’ situation awareness. Another aspect of CRM training is to discourage unsafe behaviors, such as violating procedures, distracting colleagues, communicating poorly, and not discussing decisions.

Until recently, there appears to have been only limited interest in introducing CRM training to the offshore oil and gas industry. We developed and ran a series of CRM courses for offshore crews as part of a health, safety, and environment research project more than 10 years ago and concluded that this type of training should be considered as part of companies’ safety management systems. Despite pockets of interest, there was no widespread response.

The situation has changed, following investigations into the 2009 Montara (Timor Sea) and 2010 Macondo (Gulf of Mexico) incidents. The realization that human factors need to be addressed in a systematic fashion and that CRM training may be part of that approach has renewed interest in how it can be adapted for the oil and gas industry. Our group has just been commissioned by the International Association of Oil and Gas Producers to design a CRM training syllabus for drilling personnel.

What does culture have to do with CRM? Essentially, organizational culture is about how people normally behave at the work site. Changing behaviors and thus establishing new norms for which behaviors are accepted and not accepted can effectively transform culture. Studies of CRM show positive changes after training in the attitudes that affect behavior, as well as desirable changes in the behaviors themselves.

So there is good justification for current moves in the oil and gas industry to identify the key nontechnical skills in safety critical occupations and to develop evidence-based CRM training courses. This is encouraging considering that many other high-reliability sectors were bringing in CRM training and yet it was not being widely used (or advocated by safety regulators) in the oil and gas industry. However, recent lessons from a different type of workforce may offer a note of caution for companies rushing to implement human factors training, such as CRM.

In health care, there has been a growing concern about the rates of iatrogenic injuries (e.g., administration of the incorrect medication) among hospitalized patients that are caused by the health care systems—typically about 10% of admissions. It was calculated that about one-half of the injuries were probably preventable. Health care organizations were advised to adapt human error management techniques, one of which was CRM training, used in the higher risk industries.

One study in the United Kingdom devised CRM training for surgical teams. The trainers, from aviation and surgery, spent time not only delivering training courses, but also engaging in follow-up support to encourage better use of the nontechnical skills and activities such as pre-case briefing. Although the training appeared to be initially successful, they found that over time and once their support ceased, there was a regression to the previous ways of working.

Why was this happening? The prevailing workplace and professional cultures were not sufficiently supportive of the new behavior patterns, such as speaking up, or the acceptance of senior or junior staff’s requests for pre-case briefings. It could be said that the culture was toxic for the desired behavioral changes.

What can organizations do about this?

Firstly, look at the organizational cultural data you have already collected and if you do not have any, then conduct a safety culture survey with your employees. It will reveal the areas in which problems will have to be addressed in the CRM training. They can include a lack of communication between work units, supervisors condoning risk-taking, nonreporting of incidents, concealment of safety issues to maintain production, and inadequate supervisory leadership.

Secondly, there is no point in spending money on CRM courses if middle and senior managers treat CRM as a check-off item or quick win solution. Managers can exert powerful influences on the prevailing culture depending on the types of behavior they choose to encourage. If they do not see any value in the CRM courses, or support the behaviors that have been encouraged, then that message will soon be transmitted to the employees.

Thirdly, the CRM training will usually work best when it is delivered in-house by local staff knowledgeable about the site technologies and current safety issues rather than by psychologists and airline pilots (although they may be required initially to teach the trainers). Video re-enactments of accident scenarios can be filmed in-house with local staffers as actors and then used in the CRM training to discuss the behaviors that contributed to the accidents, as well as behaviors that were protective. This step embeds the training in the local work culture and makes the sessions more meaningful.

Fourthly, the training is best delivered to crews working at the same site where an understanding of the risks and safety issues—and a culture—are shared. My experience in delivering a CRM training course to a group of men drawn from two adjacent offshore platforms revealed an apparent reluctance to talk openly in front of the other crew. Also if one crew did reveal a problem or safety issue, the other crew said immediately that such a bad thing would never happen on its platform. Offshore platforms can have distinctive and tightly bonded cultures, and such factors should be taken into account when CRM training schedules are being devised. Good CRM courses are delivered in a confidential environment in which the trainees should be able to talk openly about behaviors that are typical on their sites and what may be difficult about changing them.

Lastly, the content of a CRM course should be underpinned not only by a defined set of nontechnical skills for the job in question, but also relevant material obtained from past on-site accidents, incidents, and near misses.

In an evidence–based approach to the safety management system, human factors analyses of unsafe events should be used in the human factors training courses (e.g., a synthesis now being advocated in health care, the Clinical Human Factors Group website www.chfg.org).

CRM training with its focus on nontechnical skills may be one method of shifting from what is currently accepted as normal behavior at your work site toward a set of behavior patterns that are safer and more efficient. It is important to recognize that these are not unusual skills that have to be specially learned. They reflect behaviors that the safest and most efficient workers use daily, and the rest of us demonstrate on a good day.

Rhona Flin, PhD, is a professor of applied psychology at the University of Aberdeen. She has been involved in designing nontechnical skills training and rating systems for offshore platform crews, pilots, surgeons, anesthesiologists, nurses, and nuclear power plant control room operators. Her books include Managing the Offshore Workforce and Safety at the Sharp End: A Guide to Non-Technical Skills.