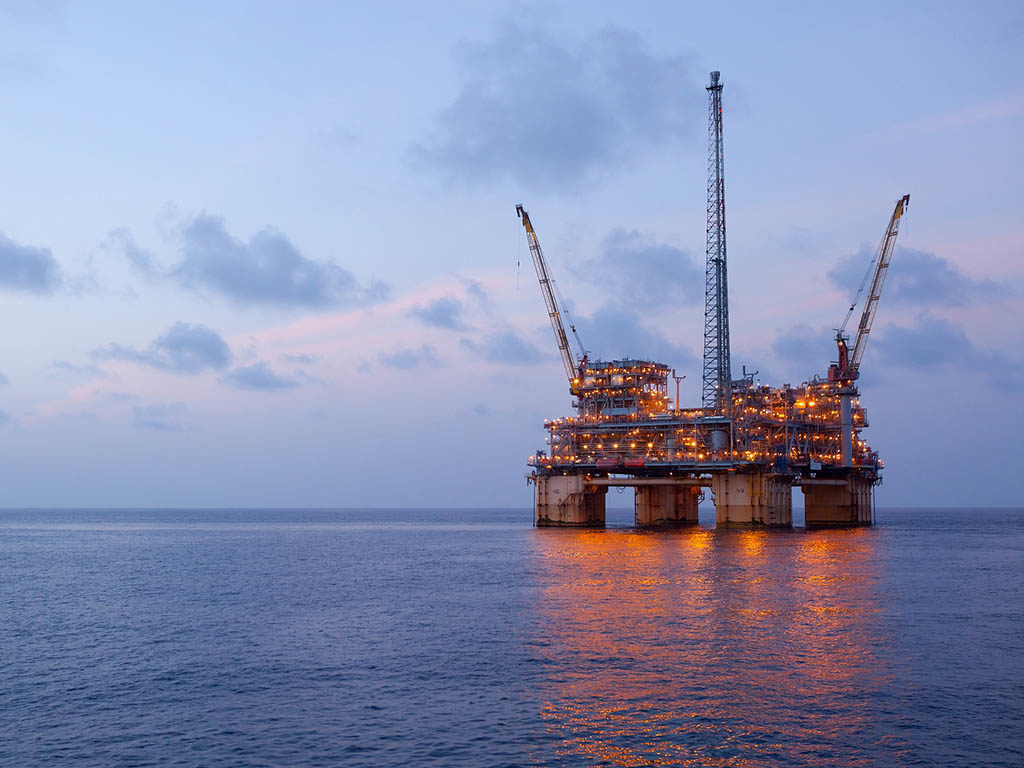 The World Deepwater Market Report forecasts a 90% growth in expenditure over the next five-year period, with  USD 232 billion to be spent from 2012 to 2016. Douglas-Westwood’s new edition of the report predicts that the outlook for the deepwater business is one of significant long-term opportunity, with substantial growth in activity in West Africa, Brazil, and Asia.

As deepwater projects become increasingly capital intensive, they pose an economic challenge for exploration and production (E&P) companies and a significant potential prize for international oilfield service and equipment vendors. Although political intervention and uncertainty is not a new challenge for the oil industry, it does threaten to overshadow the technical progress in recent years that has resulted in remarkable feats of engineering and the ability to explore for oil in water depths of 3000 m.

Deepwater E&P activity is driven by a variety of supply-side and demand-side factors:

With the growing demand for energy around the world, and fossil fuels becoming increasingly technically demanding and energy intensive to access, a sustained increase in oil prices is expected for the global energy markets. Deepwater developments will be affected to the extent that they will become even more economically viable as the oil price rises. Developments that were marginal at USD 60/bbl will be more vigorously pursued in an environment in which the long-term expectations of oil price are USD 80/bbl and upward.

For oil companies, the overall outlook for this year is positive, with Barclays Capital estimating that worldwide E&P spending will increase from USD 545 billion to USD 599 billion. The longer term outlook indicates that subsea developments, predominately deepwater, will continue to play a major part in the portfolios of the major independent oil companies, such as Total, Shell, BP, and Exxon, and some national oil companies, such as Petrobras and Statoil.

The deepwater market is broken down into the following sectors:

The Golden Triangle of deepwater activity (west Africa, US Gulf of Mexico, and Brazil) will dominate deepwater expenditure over the next five years. African and Latin American developments are expected to drive the forecast spend.

African developments are largely concentrated in Angola, Ghana, and Nigeria. Angola has had a reputation in recent years as a “deepwater tiger” with its output at 1.7 million B/D in 2011. Major projects that have been brought on-stream recently in Angola include Pazflor and Platina, while those planned or under way include development of the Canela and Kaomba fields.

Latin America is currently the second biggest deepwater region by total capital expenditures (Capex) after Africa. Investment by Petrobras in Brazil’s pre-salt Campos and Santos basins should see this region overtake Africa in 2013. Notable developments in Brazil include Lula (Tupi), Lula Northeast, Guara (Sapinhoa), and Jupiter. Petrobras, the Brazilian national oil company, is the largest energy company in Latin America and the third largest energy company in the world. It has reserves estimated at 16 billion BOE and production of 2 million BOEPD. More than 40 deepwater prospects have been identified off Brazil since 2003, and Petrobras plans to deploy 50 FPSO and semisubmersibiles by 2020.

Asia and Australasia are relatively small markets, but will become increasingly important areas for deepwater activity. Asian Capex is expected to total USD 19 billion over the next five years, with important deepwater projects being developed off India, Malaysia, and Indonesia. Australian deepwater activity is focused in basins off the western coast, with notable projects feeding liquefied natural gas (LNG) export plants.

Global trunkline expenditure from 2012 to 2016 is dominated by eastern Europe and the former Soviet Union. The number of deepwater pipeline projects under way or planned for the region will require 5300 km of pipe to be installed over the next five years. Most of these trunklines, such as the 3600-km South Stream gas pipeline, will traverse the Black Sea to bring gas to markets in Europe. Compared with the upstream market, the pipeline market is more politicized, and the viability of projects is heavily influenced by geopolitics, potential consumer markets, and the viability of alternative supply routes (such as LNG or onshore pipelines).

Drilling and completion of subsea wells dominates deepwater spend during the 2012 to 2016 period. Forecast expenditure will increase each year, with expenditure expected to total USD 82 billion, more than double the previous five-year period. 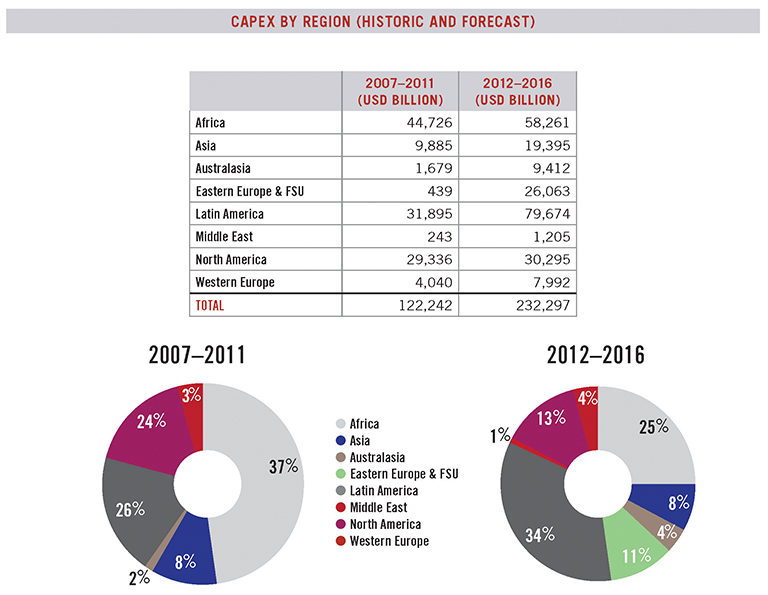