Outlook is Optimistic for Investment in Global Offshore Oil and Gas 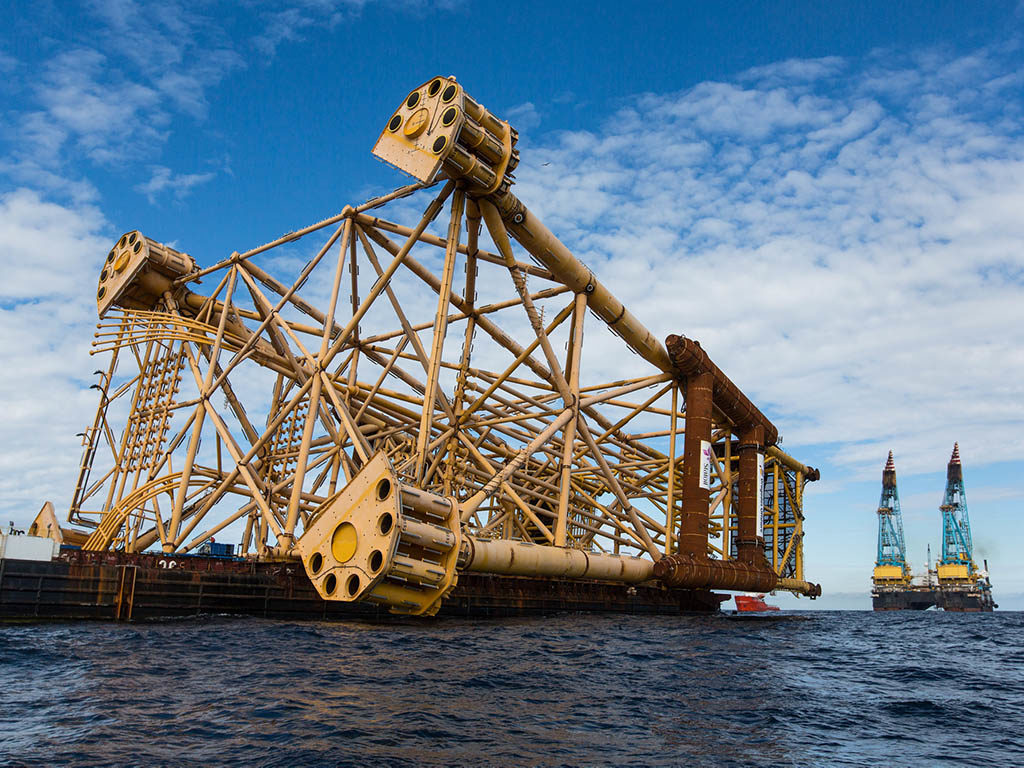 Photo courtesy of OyvindTorjusen / Statoil.
Launch of the Mariner jacket tow towards the installation site.

There is plenty to be optimistic about in the upstream oil and gas oil sector. In this article, the Energy Industries Council (EIC) focuses on offshore opportunities globally, and identifies the hot spots of activity. It will also examine some of the key issues facing the sector and the energy supply chain today, such as the need to maximize oil and gas recovery from challenging environments and new offshore fields, and the need to reduce costs and innovate.

The EIC’s project tracking database, EICDataStream, which tracks more than 9,000 active and future projects across the global energy industry, currently shows 1,075 offshore projects that are active or proposed. Together, these represent a total potential investment value of USD 1.27 trillion.

Norway has the second highest number of projects (121), second to the UK, and the highest potential investment value of USD 141 billion. The two largest projects in Norway are the USD 25 billion Johan Sverdrup development (Avaldsnes and Aldous Major South oil discoveries) and the USD 19.2 billion Ekofisk area development (Ekofisk South A2 and Tommeliten Alpha).

New facilities at the Ekofisk area development will increase oil recovery. Ekofisk was originally developed with pressure depletion as the drive mechanism. Since then, limited gas injection and comprehensive water injection have contributed to a substantial increase in oil recovery. Large-scale water injection started in 1987, and in subsequent years, the water injection area has been extended in several phases. Water displacement of the oil has proven more effective than expected, and the estimated reserves have been adjusted upward correspondingly. Recovery from the Ekofisk and the related Eldfisk fields will increase by more than 470 million BOE by 2028.

Kashagan Project Among Most Challenging

While Kazakhstan has relatively few projects tracked by EICDataStream compared with the other key players in the offshore sector, it does have significantly larger projects with its 16 active and future projects representing USD 134 billion.

The largest of these is the Kashagan project in the north Caspian Sea. It has a target of recovering 13 billion bbl of oil with a peak production of 1.2 million B/D.

The development of Kashagan represents one of the greatest current challenges of the oil and gas industry given its characteristics: a deep, high-pressure reservoir; high sulfur content (16% to 20%) with associated production of hydrogen sulfide; shallow waters that range from 3 m to 4 m deep and freeze from November to March with sea level fluctuations during the rest of the year; wide temperature variations from –30°C to +40°C; and a very sensitive environment with a range of internationally protected species of fauna and flora.

Russia currently has 27 offshore projects, worth about USD 113 billion. One of the largest projects is the USD 15 billion Shtokman gas field (Shtokmanovskoye) Phase 1, which is situated in the central Barents Sea. Reserves are estimated at 3.8 Tcm of gas and 56 million tons of condensate. Shtokman is the third largest gas field to be discovered in the world, with more reserves in this single field than the UK and Norway combined. Shtokman could be yielding 23 Bcm to 24 Bcm of gas per year by 2013 and 100 Bcm by 2030.

The first phase of the development will feature an ice-resistant floating production unit, producing about 68 MMcm/d plus liquids. The reserves in Shtokman could last between 50 and 70 years. The field is located 600 km north of Murmansk, Russia, in water 340 m deep.

The Shtokman field lies in an area with seismic activity with several earthquake registrations. The earthquakes can reach 7 to 8 on the Richter scale and can destroy drilling holes and pipelines.

Australia has 63 active and future offshore projects with a potential investment value of USD 85 billion. Key projects include the Greater Sunrise gas and condensate fields, a USD 12 million floating liquefied natural gas (LNG) production platform project in the Timor Sea, due to begin operation in 2017 with an LNG yield of 4 million metric tons per year.

Also, there is the USD 4 billion Greater Gorgon gas project (Gorgon, Jansz, Io, Achilles, and Satyr fields). The project includes a carbon dioxide (CO2) reinjection scheme that would take produced CO2 from the Gorgon field and reinject it into the Dupuy  reservoir 2500 m below Barrow Island. If successful, the intended technology would reduce the LNG project’s CO2 emissions from 9.5 million metric tons per year to 3.5 million metric tons per year. The carbon injection scheme costs about USD 1.97 billion.

In the UK, EICDataStream is tracking 165 active and future offshore projects worth USD 83.5 billion. Key established projects include the USD 9.6 billion Mariner and the USD 4.5 billion Bressay heavy oil fields off the east of Shetland, and the USD 7.1 billion Clair heavy oil field on the UK Continental Shelf (UKCS).

Also on the UKCS is the USD 4.8 billion expansion of the Schiehallion and Loyal fields, where BP is the main operator. The two fields have produced nearly 400 million bbl of oil since production started in 1998, and an estimated 450 million bbl of resource are still available. The redevelopment of the fields will sustain production to 2035, and possibly beyond.

Key Trends in the Offshore Sector

It has become increasingly important for the energy supply chain to innovate to help maximize oil and gas recovery from challenging environments and new offshore fields and to reduce costs.

With easy-to-reach fields being depleted and a growing demand for energy, deepwater exploration and production has become a multibillion-dollar industry, fuelled by the development of new technologies capable of reducing operational costs and risks. Wells are getting more complex (greater depths, extended reach, high temperatures, and high pressures). With this increased complexity, safety has become a key challenge as illustrated by the Macondo incident in the Gulf of Mexico in 2010.

Another key focus is the need to maximize the yield of aging fields. New technologies in enhanced oil recovery have become crucial in helping the energy industry produce more from mature basins and extending the life of some of the world’s oldest and most prolific fields. The more hydrocarbons that can be produced from these existing fields, the longer the operating companies can offset the cost of decommissioning redundant facilities. It also reduces the pressure for a quick exploration to production turnaround for operators to replace their reserves base.

For some major operators, which have in the past found it difficult to increase their oil and gas production and replenish reserves, shale gas provides a new opportunity. Major improvements in rock hydraulic fracturing technology are enabling gas to be teased out of shale deposits along horizontal boreholes. Breakthroughs in technology, particularly in North American gas fields, represent a new frontier for the energy industry.

The environment is continuing to become a more pressing issue. Carbon dioxide sequestration is continuing to climb political agendas in the race for a low-carbon economy because of its potential to curb greenhouse gases and meet emissions targets.

The above list is just the tip of the iceberg with regards to innovation in the global offshore sector. There are significant business development opportunities and levels of investment on a global scale with the North Sea playing host to some of the world’s leading and most innovative field development projects.

Ian Stokes joined the Energy Industries Council (EIC) as chief executive in January, bringing to the role wide international commercial experience, in addition to his background and training as a lawyer. In his 32-year career, he has been involved in the development and negotiation of a wide range of high-value commercial projects in many countries worldwide, from process engineering and construction projects, infrastructure privatization projects, through to the sale and purchase of businesses. As the leading trade association for UK companies that supply goods and services to the offshore oil and gas industry, the EIC will be bringing more than 50 member companies to showcase their solutions at the Offshore Technology Conference in Houston this year.