Can Oversized Separators Do More Harm Than Good? 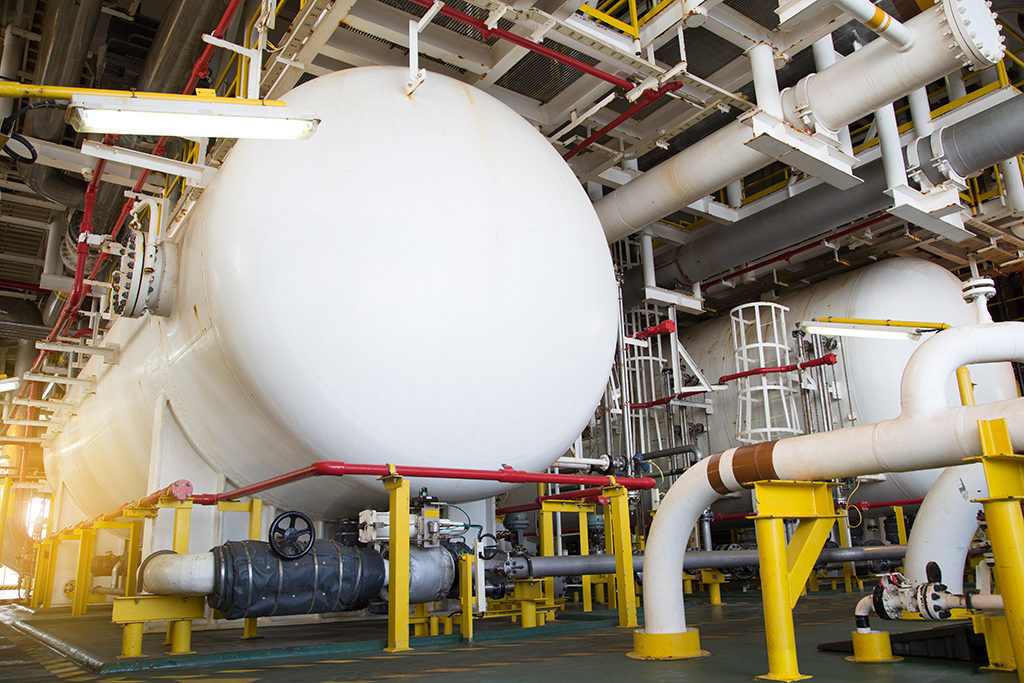 As operators seek to design higher-capacity facilities, separation vessels have grown in size and weight. During early field life, these vessels are expected to handle peak production rates, and in late life the same vessels are also expected to handle large volumes of solids and water. A pair of process engineering experts argued that these expectations have led design engineers and equipment manufacturers to produce increasingly expensive vessels and associated instrumentation without examining the consequences on full life cycle operations.

In a presentation held by the SPE Separations Technology Technical Section, Bryan Arciero and Graeme Smith discussed the unforeseen consequences of increased separator size, as well as operating adjustments that can maximize separator performance throughout the life of a field. Arciero is an operations process engineer at Murphy Oil, and Smith is a process engineering consultant.

Arciero and Smith each argued that vessel oversizing generally has a negative impact on performance. Arciero said it can lead to higher residence times. Assuming a constant flow rate, a large vessel requires more time for fluids to separate. Increasing the vessel size also increases the capacity for flow rates, which creates a larger void space for solids accumulation. While operators can install equipment to handle the accumulated solids, Arciero said this action delays the inevitable.

“We can put in solids handling equipment, but you’ve got to be careful about that because when you allow for a larger void space, that means you’re kicking the can on cleaning out vessels. You can allow solids to continue to accumulate,” he said.

Increasing the size of a vessel increases its weight and footprint. While this increases the effective volume, Arciero said it can also have a significant effect downstream.

Smith outlined several steps operators can take to optimize the performance of a vessel without increasing its size, starting with inlet piping. He said that the pipe size and its configuration are critical to designing a properly sized vessel, and that it is also important to ensure that a separator has the necessary straight length of piping upstream of the vessel to avoid maldistribution through the inlet device.

“We really need to emphasize [inlet piping] early in project design so that we get the right layout, we can put in the right straight lengths, and optimize that separation performance,” Smith said. “That’s often something that’s left until the end, and then the pipers will try to make it work, but we need to give it a higher priority earlier in the design of the facility.”

Distribution equipment must be tailored to suit the fluid characteristics; Smith said that a perforated baffle, for example, is suitable for clean fluids with minimal solids. With that in mind, it is important to understand a vessel’s hold size and the percentage of open area available based on fluid characteristics, as well as the likelihood of sticky solid entrapment. Smith also suggested that operators consider the entire operating history of a vessel with incorporating a weir in to the design. Oftentimes, he said, the weir height is designed to handle maximum production, but it is unnecessary in the early stages of a facility when the water cut levels are low. He said an adjustable weir may be optimal. Controlling level instrumentation upstream of the weir would also determine oil quality and water quality.

“In some instances, we have a tendency to put the level instrumentation toward the center of the vessel,” Smith said. “If we have emulsion pads, if we have other internals around like coalescing packs, the level profile can actually change throughout the vessel. Differential pressure induced by the baffle pipes can also impact that level distribution. So, we need to ensure that we have the right level instrumentation across the right ranges to really optimize the performance of the separator.”

Smith said that one of the more fundamental issues in maintaining the capacity of the vessel is solids removal. Along with production chemistry and the production profile, he said poor solids handling is one of the root causes of debottlenecking.

“Keeping that vessel clean will make a huge difference in being able to utilize the size of that vessel. Making the vessel larger in size to compensate without the right solids removal system will leave you with a larger vessel that’s filled up,” Smith said.