Managing the Risk of Hydrates Offers Alternative to Avoidance Strategy 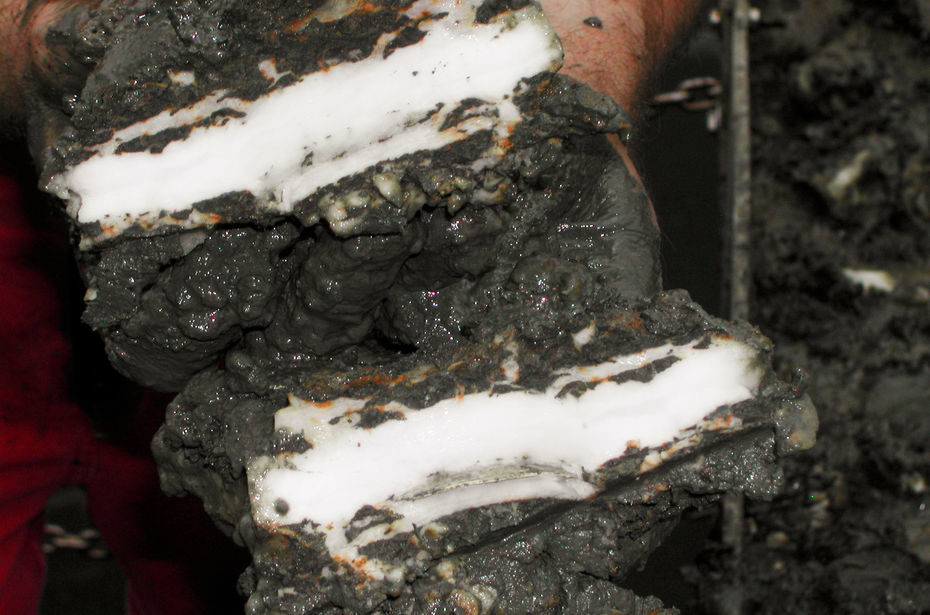 Thick veins in a Gulf of Mexico hydrate sample. Photo courtesy of IFM-GEOMAR.

At a presentation of the SPE Flow Assurance Technical Section, Carolyn Koh reviewed selected flow assurance presentations from the 2017 International Conference on Gas Hydrates (ICGH9) held 25–30 June 2017 in Denver. Koh is a professor of chemical and biological engineering and director of the Center for Hydrate Research at the Colorado School of Mines (CSM), which hosted the conference.

Koh said there were several key advancements made, the first being that risk management is now an applicable strategy in transient operations. Instead of a traditional avoidance strategy where hydrates are strictly inhibited from forming using thermodynamic hydrate inhibitors, companies are now starting to use risk management in hydrate regions. Also, a “do-nothing” approach to hydrate deposition is possible. This approach requires a solid understanding of the natural oil chemistries in a system as well as the development of a mechanism that limits hydrate formation and avoids plugging. Another advancement was that anti-agglomerates can be used for continuous and transient operations.

Among the papers Koh discussed were:

The complete list of conference presentations can be found on the ICGH9 website. Carolyn Koh can be reached at ckoh@mines.edu.