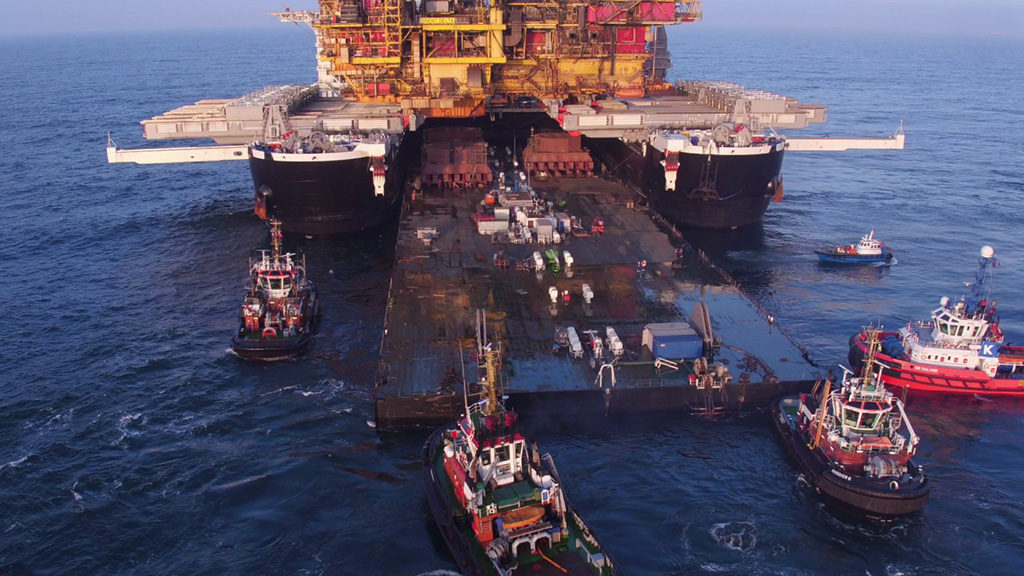 Kotug assisted Allseas with the transfer and transport of Shell’s Brent Delta topsides after the record-setting removal of the structure by Pioneering Spirit. Credit: Allseas.

Kotug reported it applied for a patent to use object recognition software and drone technology to deliver a messenger line to a predetermined location. The invention uses a drone to connect a towline to an assisted vessel, thereby avoiding the need for maneuvering in the “danger zone.”

Conventionally, tugboat and crew position themselves in front of and close to the assisted vessel in order to grab the heaving line by hand. By doing so, the tug and crew position themselves in the danger zone, close and even under the flared bow of a vessel. A minor flaw in the operation can result in major injuries of the deck crew and/or damage to the tug and the assisted vessel.

A series of tests is scheduled to be performed in 2018 by Kotug for full operational use of the technology for which standard operating procedures will be developed in conjunction with authorities and stakeholders.