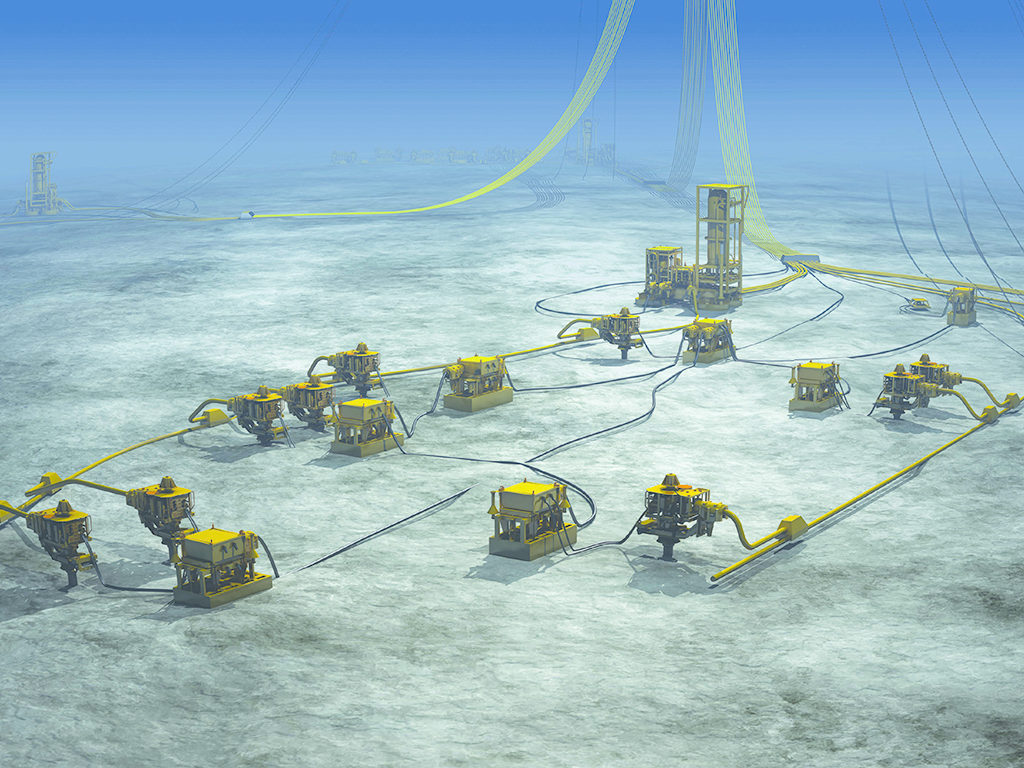 The ultimate success of a deepwater project depends on phases from early concept selection, design, construction, commissioning, and startup to operation. Commissioning begins when construction is completed. The constructed facilities and processes are tested, certified, and verified as ready for the introduction of hydrocarbons for fuel gas, final dynamical commissioning, and startup. The startup phase, defined as the period when hydrocarbons are produced for the first time, is a critical period bridging the transfer of care, custody, and control of the facilities from commissioning to operations. It is the first time that all processes and equipment work together as a system.

Commissioning and startup teams can be faced with challenges to achieve a smooth and timely startup because of inherited issues from prior phases of the project’s development. Besides the budgetary and economic effects of a startup delay, startup is time critical because operators have provided guidance to stakeholders regarding the development’s expected date of initial oil or gas production.

Grant Gibson, president of GATE, said that the project’s schedule, including the expected date of first hydrocarbon production, is set early in the project life cycle. Inadequate or absent contingency planning may result in “a schedule set early in the project that is unrealistic from the execution standpoint,” Gibson said. Consideration of factors, such as the demand on shipbuilders and their delivery capabilities or the increased lead time required for delivery of valves because of global demand on the nickel used in their manufacture, are difficult to predict accurately over the long term, or may be overlooked during early planning.

Having best practices in place such as a well-planned startup and strategy can reduce the complications that occur in projects when a haphazard approach has been used, Gibson said. However, not all of the issues are predictable. Design, construction, and operability flaws are often revealed during the commissioning and startup phases, presenting the startup team with technical problems to deal with in its procedures. For example, failures of equipment can sometimes be traced back to poor preservation of cleanliness during the construction phase, Gibson said. “Paint, weld slag, and blast media in piping vessels result from conditions in the construction yard. Equipment is then shut down for cleaning, or a replacement part may be needed. Spare part inventories are sometimes inadequate because of lack of planning, causing additional delays.” It is good practice to have developed contingency plans for these problems during the planning phase of the startup.

Failure to adhere to good integrity management practices in any of the project’s phases will also lead to downtime and delays. “If flanges haven’t been tightened, gas or oil leaks need to be fixed. The equipment must be shut down and purged to replace a gasket, reassemble the equipment, repeat service testing, and bring it back up. It requires valuable time and labor,” Gibson said.

Multiple teams with different objectives design, construct, and commission deepwater oil and gas facilities. Bringing the facility’s components together to operate as an integrated system is the challenge of an initial startup.

Gibson said that early involvement by startup personnel during a project’s FEED stage can identify potential design problems and the need for contingencies (e.g., for flowline and pipeline commissioning, flow assurance planning, and initial well flowback treatment and handling).

Startup plans can vary greatly and many options are available for consideration. It is easy to get lost in the details. Gibson recommends a gradual approach in building a plan, beginning with a high-level outline of procedures. Fig. 1 is an example of a high-level initial startup plan for a deepwater single-well tieback. Each step can be defined further with major steps required for its implementation. Finally, detailed procedures can be developed for each step.

Beginning with a high-level plan makes the steps easier to understand during reviews and facilitates the logical progression to detailed procedures with fewer mistakes or oversights, Gibson said. Time is saved with less need for reworking of the plan.

An additional requirement became effective in November 2011 for oil and gas companies working on the US outer continental shelf. The US Department of the Interior made mandatory the American Petroleum Institute’s Recommended Practice for Development of a Safety and Environmental Management Program for Offshore Operations and Facilities (API RP 75, third edition).

Compliance to the regulation requires operators to develop and implement a safety and environmental management system, including a written prestartup review procedure to ensure the safety of a facility startup as part of the commissioning process, or after a modification or downtime.

To execute a well-planned startup effectively and efficiently, the startup team and the operations team must understand the plan and the reasons for the procedures. Safety training is an important component of the preparation.

Because levels of experience vary among crews, geographic location can be a critical factor in training personnel for startup. Gibson said that the breadth of talent available in the Gulf of Mexico and the North Sea regions is deep and wide and services and suppliers are readily accessible for parts, fittings, hoses, etc. In remote regions, such as west Africa, the support infrastructure and levels of experience in crews are more variable.

Operators producing off west Africa generally lease floating production, storage, and offloading (FPSO) vessels staffed by international and local labor. In some cases, the assembled crew has no experience in startups. Supervisory positions are often held by expatriates who are experienced in deepwater startups.

Total E&P Angola started production on the Pazflor field in August 2011, less than 44 months after sanction, nearly 1 month ahead of schedule, and within budget, the company said. The field lies 150 km off Luanda, Angola, in water depths from 600 to 1200 m. The subsea gathering network consists of 180 km of lines tying in 49 subsea wells, 10 000 metric tons of subsea equipment—including subsea separation units—and the FPSO vessel. Held in position by 16 subsea mooring connectors, the FPSO is 325 m long, 62 m wide, and weighs more than 120 000 metric tons. It can store up to 1.9 million bbl of oil, which is exported to tankers via an offloading buoy. The associated gas is reinjected into the reservoir but could be exported to the Angola LNG plant once it becomes operational.

The paper OTC 23176 describes startup preparations for the complex project. The precommissioning, commissioning, and startup activities were structured according to target dates in the early project stage.

A total of 18 target dates covering prestartup, startup, and normal operations were developed, focusing on utilities, oil production, water injection, and gas injection and export. The facilities were divided into systems and 669 subsystems, each linked to a startup date.

The number of operators that could be trained on board the FPSO during the tow from Korea to Angola was limited by the vessel’s capacity. To prevent delays in training, Total designed an immersive training simulator, installed in the Total E&P training center in Luanda in late 2010. The simulations were generated from construction 3D models to represent the topside facilities. Equipment was identified with tags in the simulation, and the operators could link their process flow diagrams, piping and instrumentation diagrams, and other work documents to the simulated FPSO. Preloaded scenarios allowed virtual execution of procedures by an individual or groups.

Another Total deepwater project, Akpo, began first production in March 2009, ahead of schedule, followed by ramp-up to whole-field production within 3.5 months. The Akpo field is located off Nigeria in 1400 m of water depth and produces 175,000 B/D of condensate and exports 320 million scf/D of gas to the Bonny Island LNG plant.

The initial production milestone was defined as the startup of minimal facilities of one production loop with its associated systems, the condensate processing train, the storage tanks, flare and drainage systems, two diesel power generation units, and the essential hull and topsides utilities. Startup of gas dehydration and compression, water treatment, and water and gas injection were not included in the first production milestone.

Using target dates set in the early planning stage, Total coordinated the project hookup and commissioning activities to achieve the transfer of control of the facilities to operations in line with the startup date (Fig 2).

Company personnel performed the offshore field management and the onshore support; health, safety, and environment and production core activities; and supervision of contracted offshore execution activities. At the peak of the startup phase, 385 personnel were mobilized, including 200 company personnel who were rotated offshore or based onshore and 185 contract operations personnel on rotation offshore.

A target of 65% Nigerian content at startup was set, and the same minimum requirement was set for support contractors. The Akpo training program for Nigerian personnel included visits to the subsea equipment companies, on-the-job training at the FPSO yard in Korea, and secondment to the commissioning teams for hands-on experience before startup. The Nigerian content is expected to increase to approximately 90% for long-term operations.

The five-year contract is worth an estimated $400 and covers more than 200 offshore assets.