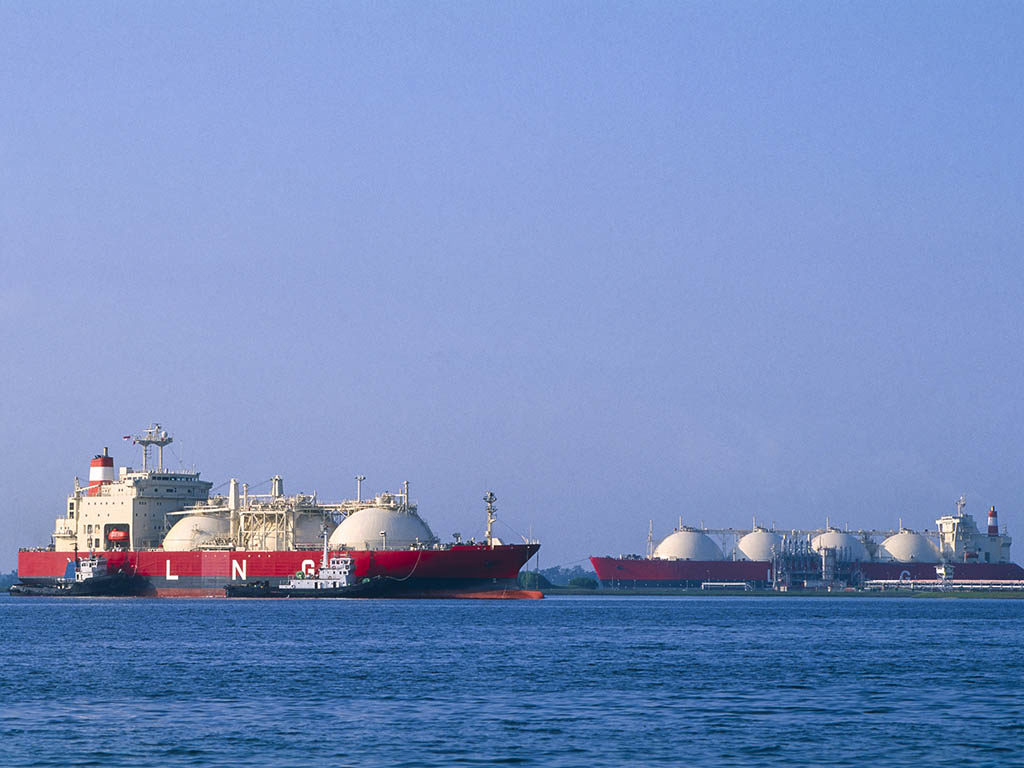 Increasing gas demand and the requirement for short-term to medium-term import solutions have led to rapid growth in the floating regasification sector in recent years. The industry grew from the Gulf Gateway floating liquefied natural gas (FLNG) unit in the Gulf of Mexico (2005 to 2012) to 10 operational vessels last year. Similarly, the floating liquefaction market is gaining traction with the first baseload FLNG liquefaction terminal, the Petronas Kumang Cluster project, due on stream in 2016.

The emergence of floating liquefaction will drive a significant increase in total global capital expenditure (Capex) to 2019. While expenditure is expected to increase in the existing regasification market, the liquefaction sector is forecast to overshadow this, as Capex associated with a floating liquefaction terminal is more than triple that of a typical floating import terminal. Douglas-Westwood’s report, the World FLNG Market Forecast 2013–2019, forecasts the expenditure is set to total USD 47.4 billion over the 2013–2019 period with more than USD 28 billion spent on FLNG liquefaction and USD 19.1 billion on import terminals.

The five factors propelling the growth of the FLNG market are:

Increasing long-term demand is driving the value of gas reserves; however, in some places, a lack of infrastructure makes the monetization of reserves challenging. Along with escalating costs of labor and raw materials, and tight contractor markets, the demand led to large increases in the cost of new onshore terminals in recent years. For example, seven projects are exceeding forecast expenditure in Australia, the most recent being the Gorgon project on Barrow Island, Western Australia.

Arguably, FLNG could be a viable option in cost consideration. The modular design of FLNG vessels means that they can be built in lower cost environments and towed to location. Another advantage of the floating liquefaction design is that it acts as a processing platform and a liquefaction facility, consequently eliminating costly pipeline and production facilities.

The interruption of gas supplies by political events or terrorist attacks is a valid security concern about the prospects for land-based LNG facilities. In some instances, developing new onshore infrastructure can also be made difficult because of local opposition (the “not in my back yard,” or NIMBY effect). Placed in relative proximity to existing gas markets and connected to shore by pipeline, the use of offshore regasification facilities is one method to mitigate such concerns.

Gas is often a waste product of oil production. Recent market developments, including more stringent regulations and a desire for gas assets monetization, have motivated companies to actively look at gas export and production options that avoid gas flaring and/or unnecessary reinjection.

Increasing economic development, coupled with extensive electrification programs, has increased the requirements for power generation in the developing regions of the world, particularly in Asia. This has in turn pushed a huge interest in floating regasification vessels, which are considered cost-effective at medium-sized throughputs (about 3 million MTPA).

Total global Capex will increase from USD 3 billion during the 2008–2012 period to USD 47 billion during the following 7-year period. Total Capex looks set to peak at USD 9.7 billion in 2017 because of a large number of prospective projects coming on stream. Market trends suggest that the FLNG market Capex could continue to rise beyond 2017, and the operational successes of floating liquefaction projects will be central to market growth.

The Market by Types

Historically, the global FLNG market has only consisted of import vessels; however, it is expected to change in the next 3 or 4 years with Petronas’ and Shell’s floating liquefaction projects coming into production. These pioneering projects are likely to instill confidence in the market, thus leading to a number of concepts entering the development stage.

Floating regasification terminal expenditure is expected to increase from USD 2.8 billion in the 2008–2012 period to USD 19.1 billion during the following 7 years. The lack of project visibility beyond 2016 causes a fall in FLNG import Capex. Market trends, however, indicate that this sector is expected to continue growing beyond the forecast period.

Capex on liquefaction vessels will see a rise beyond 2013 as groundbreaking projects enter the construction phase. Expenditure is expected to rise from USD 248 million between 2008 and 2012 to USD 28.3 billion between 2013 and 2019.

While there is a number of floating liquefaction vessels due on stream in the forecast, Douglas-Westwood believes that this sector could continue to gain traction following the successful startup and operation of projects around the world. Based on this hypothesis and the increasingly remote, offshore, and deepwater discoveries, the long-term market is expected to continue to grow.

As a focus area for both floating liquefaction and regasification vessels, Asia is expected to account for more than a third (35% or USD 16.3 billion) of the forecast (Fig. 1). Economic growth and development is driving energy demand in the region, and FLNG provides a short-term solution to rising demand and energy shortages. The region is looking at onshore options in the long term.

Australasia accounts for the second largest proportion of global Capex with 22% (USD 10.6 billion), largely because of a number of liquefaction projects. The Prelude and Papua New Guinea FLNG projects are due on stream in 2017, representing all Capex during 2009–2017. Prelude will represent 65% of liquefaction Capex. Successful operation of the Prelude facility could lead to increased global interest in floating liquefaction.

Latin America will be the third largest contributor to global Capex with 17% (USD 8 billion), driven by both floating import and export facilities. The use of floating liquefaction could increase beyond the forecast period with the potential to be used for deepwater production and processing.

North America will halt the majority of its import projects following the production from unconventional resources, such as shale gas, and account for only 9% (USD 6.8 billion) of global Capex, with most of it spent on floating liquefaction.

It will be interesting to see how the United States manages the shift from production of shale gas sweet spots to formations with increased production difficulty. However, this is not a major factor in the forecast at present.

The Middle East will see an increase in Capex over the forecast period, but will only represent 6% (USD 3 billion) of global expenditure. The region currently dominates the LNG export market through its onshore liquefaction plants in Qatar and Abu Dhabi. Despite these established onshore facilities, abundant reserves of both nonassociated and associated gas and security issues suggest Iraq and Israel as potential locations for FLNG liquefaction vessels.

Western Europe will represent 5% (USD 2.4 billion) of total global Capex. The substantial growth in expenditure follows a 5-year period without investment in the floating LNG sector. Declining production in the region is placing pressure on countries to increase imports to satisfy energy demand. Floating regasification provides a fast-track solution for this region.

Africa’s forecast spend of 3% (USD 1.5 billion) is attributed to liquefaction expenditure, and could increase in the future as floating liquefaction is considered for significant gas discoveries in countries such as Mozambique and Tanzania. Eastern Europe and the former Soviet Union (FSU) will see minimal investment of 3% (USD 1.4 billion), solely related to import projects.

The natural gas business has robust long-term drivers. Energy demand is growing as a function of population and economic growth. The drive to develop gas reserves is coming from a substitution effect as a result of high oil prices and a move away from the use of both coal and nuclear energy.

Unconventional gas will not be a universal solution to increased demand for global gas. With the possible exception of China, it is difficult to see how the rapid unconventional gas development in the US could be replicated elsewhere in the world within the next 10 years. Supply chain constraints, uncertainty over long-term production levels, and political issues are the biggest problems.

The FLNG liquefaction business is in its infancy. The success or failure of the first projects will be critical to its future course, with many operators/observers taking a keen interest in the build, cost, and performance. Successful execution and operation will spur new projects, while failure could see the industry disappear completely.

Political and security-related risks are an ongoing issue in the E&P business. Boundary disputes, threats of civil unrest and war, and terrorism are challenges that the oil and gas industry is used to encountering. With its offshore infrastructure, FLNG could help mitigate some risks in unstable regions.

For more than 30 years, FLNG export has been an ambition of the offshore industry. Last year, the industry reached a milestone with steel cut on the first project, Prelude. The sector is now buoyant with the prospect of more than USD 47 billion to be spent from 2013 to 2019.

Although considerable uncertainty remains at a project-by-project level and caution is required in assessing longer term markets, it is clear that the inherent complexity in future natural gas developments will be a key growth opportunity for equipment, engineering, and service providers worldwide.

Murray Dormer is a member of Douglas-Westwood’s research team. His principal activities include quantitative analytics and macroeconomic analysis, competitive analysis, and supply chain mapping. His areas of focus are LNG, offshore platforms and maintenance, and modifications and operations. He also supervises the company’s LNG database, which monitors the industry daily. He holds a degree in business administration from the University of Kent.