How Can We Improve Our Safety Culture? 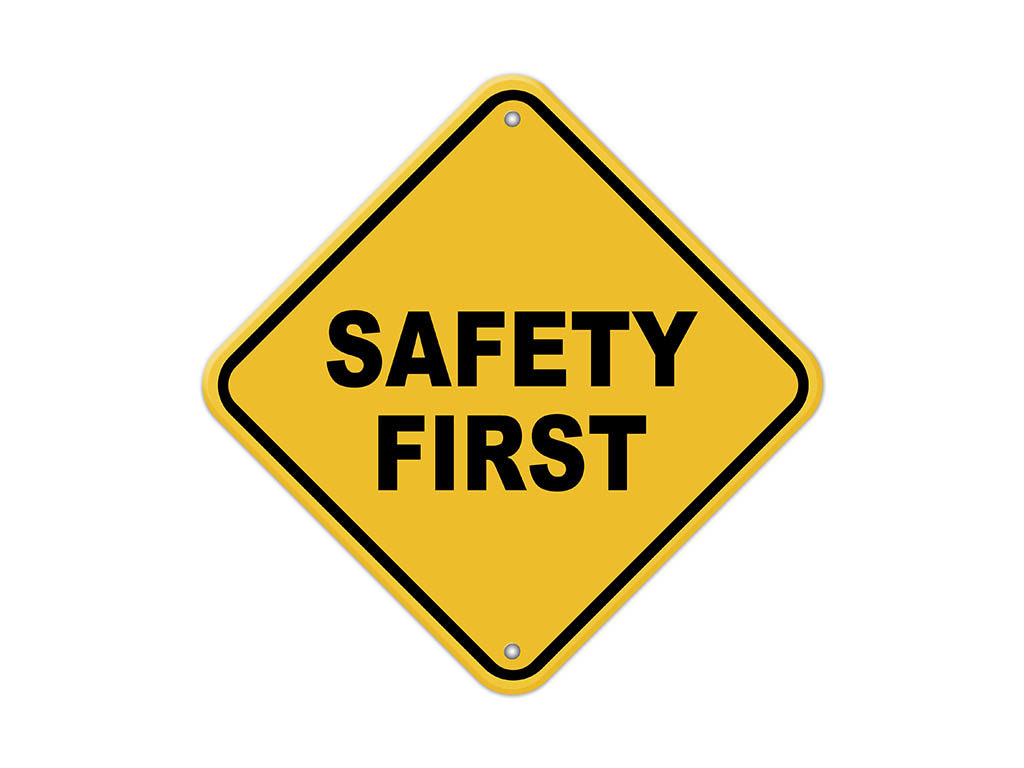 The improvement of safety culture is complex. First, it presumes that we, the global oil and gas industry, have a common safety culture, meaning that an objective observer could visit a representative sample of our drilling rigs, production facilities, and other sites and distinguish our safety culture from that of other industries. Although it is a bit of a stretch, let us assume for the moment that there is a collective safety culture in our industry.

Second, if it needs to be retooled, the implicit assumption is that our safety culture is broken, or at least needs significant improvement. With the recent history of high-profile safety events, there is room for improvement.

At the recent SPE/Australian Petroleum Production and Exploration Association (APPEA) International Conference on Health, Safety, and Environment (HSE), a meeting of several hundred HSE and operations professionals in Perth, Australia, there is little doubt that the industry is committed to improving its safety performance—and most agree that improving the collective culture around safety is an effective approach to achieving this goal.

How can we change a global industry’s safety culture? Let us start by agreeing on some basic principles.

First, there is no consensus on the definition of safety culture, a term that was initially used in the aftermath of the Chernobyl nuclear disaster in 1986, and which also has been cited as a contributing factor in numerous investigations of major accidents since then. Most of us, however, have an intuitive understanding of the concept. My favorite definition is set forth by Douglas Wiegmann, who studied safety culture in the aviation industry:

“Safety culture is the enduring value and priority placed on worker and public safety by everyone in every group at every level of an organization. It refers to the extent to which individuals and groups will commit to personal responsibility for safety, act to preserve, enhance and communicate safety concerns, strive to actively learn, adapt, and modify (both individual and organizational) behavior based on lessons learned from mistakes, and be rewarded in a manner consistent with these values.”

In layman’s terms, organizational culture is often described with the shorthand phrase, “the way we do things around here.” A company of any size, for example, will have an overriding company culture, which is shaped by the firm’s history and its leaders. However, a large organization is a collection of many subcultures, and importantly, numerous safety cultures. Thus, the challenge of shaping organizational culture and safety culture is multifaceted.

The easiest way to study culture is to observe the behaviors of its members. Speakers at the conference talked about the importance of behaviors, and how we can change safety culture over time by focusing on the behaviors of the workforce. One speaker mentioned that safety culture in his company is defined as a list of ideal behaviors. I use the term workforce here broadly, to not only include operators, mechanics, drillers, roustabouts, and drivers, but more importantly, supervisors, managers, and executives.

It has become trite to say, but few would argue with the notion, that leadership behaviors are the single most influential factor in improving safety in an organization. Frequent appropriate leadership engagements with the workforce have driven significant improvement in the performance of many operations.

In Chevron’s Upstream and Gas operations, we have a history of focusing on behaviors at all levels to improve our safety, operational, and financial performance. Programs such as “Reinforcement-Based Leadership” and “Performance-Based Leadership,” founded on the principles of applied behavioral science, have been used successfully in many aspects of our business.

The management technique used in these programs is generally known as the A-B-C model: antecedent-behavior-consequence. It is derived from the work of the organizational behavioralist Aubrey Daniels. The basic premise is that workers at all levels will exhibit behaviors based primarily on  the consequences they receive for those behaviors. Positive consequences such as praise and recognition are more effective than negative consequences such as punishment. For example, if the desired behavior is that workers follow a safety procedure, supervisors and managers can reinforce the behavior by giving immediate positive feedback at the time that compliance with the procedure is observed.

A less powerful determinant of behavior, but no less important, is the antecedent, the factors that come before the desired behavior and make the person more or less likely to carry it out.

In the case of following a safety procedure, two strong antecedents are: The employee has been trained on the procedure and understands it, and he or she is given sufficient time in the course of his or her work to adhere to the training. Using the example of visible management support, the antecedent behavior of management frequently addressing the importance of working safely strengthens the worker’s perception of the likelihood of positive consequences for following safety procedures.

At Chevron, we have explicitly worked to shape our safety culture by focusing on behaviors. In 2008, we implemented a comprehensive safety management process in our upstream operations aimed at improving safety behaviors of our workforce—the “Managing Safe Work” process. The process contains components to ensure that frontline and supervisory personnel have the knowledge and skills to work safely. More significantly, the process also includes a procedure called “Behaviors to Support Managing Safe Work” which identifies specific behaviors to enable safe work for each level in the organization, from executive leaders to the frontline operator or mechanic. We collect and track metrics around these behaviors and believe this has improved our safety culture, as well as our performance in personal safety.

One fundamental behavior that can positively shape safety culture in any organization is “Stop Work Authority.” Presenters at the
SPE/APPEA conference talked about Stop Work Authority, and many companies have developed formal programs. Some organizations are taking it a step farther to “Stop Work Responsibility”—the idea that anyone who thinks something might go wrong in an operation has not only the responsibility, but also the obligation to intervene to avert a potential incident.

We must also consider the impact of national cultures on safety culture, which was the subject of my talk at the conference. A key question for companies with global operations in a high-hazard industry such as ours is: Can a corporate-driven safety culture be replicated across several countries?

I proposed that industry takes into account the differences in national cultures as it goes about in its attempt to change safety cultures.

The oil and gas business is a global industry that brings workers together from all over the world to execute projects, and operate and maintain its facilities. A technique for improving safety behaviors that will work well in the United States may not work as well, for example, in Indonesia or the Middle East. Perhaps more importantly, a safety message to a work crew may make perfect sense to the British driller, but may seem illogical to the Indian mud engineer.

One well-accepted dimension for characterizing a national culture is the idea of power distance—a measure of how rigid the social hierarchy is in any given society. Power distance is an indicator of the extent to which the less powerful people in a society are willing to accept power inequalities. Most western democratic countries are characterized by a low power distance, whereas many less developed countries have a higher power distance. Societies with well-established hierarchical structures, where subordinates are expected to be passive and compliant, are characterized by a higher power distance than those with an egalitarian social structure. High power distance cultures generally have organizations with more centralized decision making and a less participative management style.

Many of us who have worked outside of our home countries have probably seen firsthand how power distance can inhibit positive safety behaviors. The classic example is expecting a lower level worker from a high power distance country to exercise Stop Work Authority. Even if this worker knows that something is about to go wrong, he or she will likely be extremely reluctant to speak up.

After my presentation, the first person to speak to me was a young woman from PTT, the national oil company of Thailand, who asked me for advice on making the Stop Work Authority process more effective. I did not have a “silver bullet” solution for her, but I do believe that education of the workforce on cultural differences is at least part of the answer.

In one of the plenary sessions at the conference, Ford Brett, chief executive officer of PetroSkills, an industry training organization, said we can learn about training people to work more effectively as a team from the commercial airline industry. The airline industry has recognized for a long time that cultural differences between cockpit crew members and air traffic controllers can create safety problems. Power distance, in particular, has been cited as a significant contributing factor in several deadly airline crashes. In one well-publicized case, an airliner with a crew from a high power distance country ran out of fuel and crashed because the pilot and copilot were reluctant to raise concerns about their perceptions of “bossy” air traffic controllers on the ground.

To address this, the aviation industry has developed crew resource management programs—training and simulations to overcome teamwork problems related to flying airplanes.

I believe that efforts to improve safety culture in the oil and gas industry could benefit substantially from this type of training. The industry needs to systematically address cultural issues across its vast and varied workforce.

One final thought on changing cultures: We need to shift the dialogue about safety in our industry, something I saw emerging at the conference. For years we have thought about safety primarily in terms of personal safety, that is preventing people from getting hurt. We employ safety professionals to build and maintain the systems, processes, and procedures. We hold safety meetings, and managers conduct safety walk-throughs in facilities. In short, we talk about safety as an activity that we perform as part of the job of finding and producing oil and gas.

Going forward, we need to increase the industry’s focus on process safety while continuing to improve personal safety. We need to change the thinking so we talk more about becoming highly reliable error-free organizations, effectively managing the hazards inherent in our work and the materials we handle. In this context, safety is merely an outcome of running highly reliable operations. Perhaps more than anything else, this shift in thinking will improve our safety culture.

The opinions expressed in this column are those of the author, and do not represent those of Chevron.

SPE 156638 The Impacts of National Culture on Safety Culture in the Global Oil and Gas Industry by Steve Merritt, Chevron.