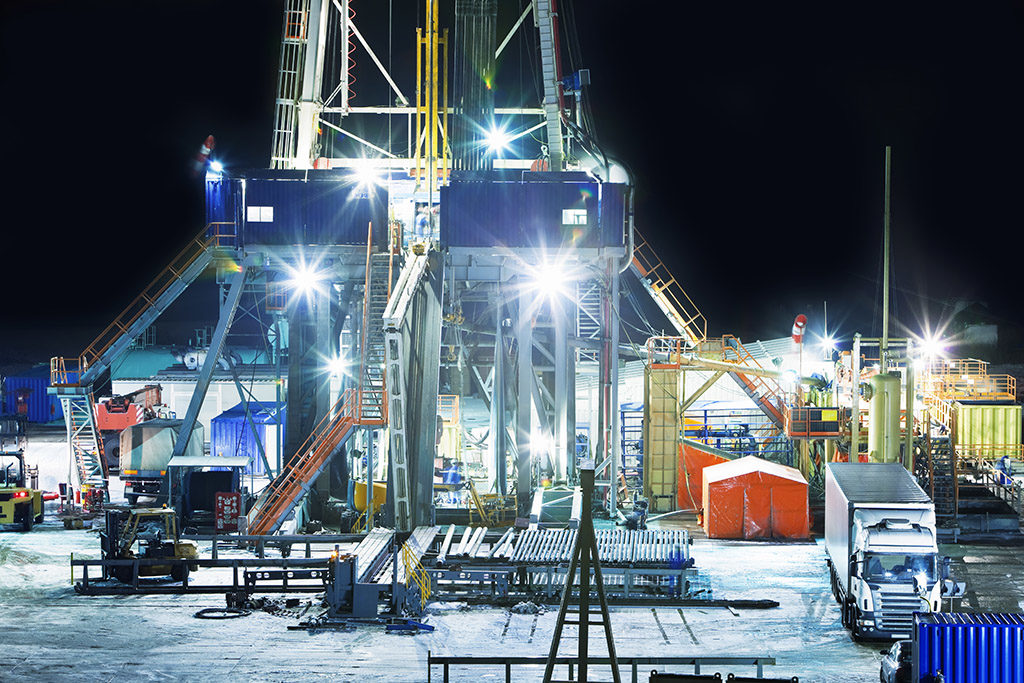 If crude consolidates its recent rise to $70/bbl, business is likely to pick up significantly for the OFSE sector—much of which was already operating profitably in the lower-price environment, due to cost cutting, downsizing, and consolidation. Higher prices should also offset concern among some of stalling investment and activity levels in the US onshore sector, after a strong 2017 performance up to Q3. OFSE revenue in the quarter jumped by about a fifth compared to Q3 2016, building on growth in Q2, although margins remained under pressure. Outside North America, the sector stayed in recession, with offshore rig counts falling to new record lows—although there are now signs of recovery even here, as recently sanctioned projects begin to get underway.

While the OPEC-induced price recovery at the end of 2016 proved an opportunity for US onshore producers to lock in prices and invest heavily, the same did not happen as prices edged up in Q3 2017. In fact, most OFSE executives were talking down shale prospects in Q3 2017 earnings calls—although this was before the latest crude rises.

Schlumberger CEO Paal Kibsgaard’s comments were typical: “[US shale] production growth is so far falling short of expectations, driven by supply chain inflation, operational inefficiencies, and the need to step out from the Tier 1 acreage. This has led to a moderating investment appetite, where the previous single-minded pursuit of production growth, is now being balanced out with an equal focus on generated solid financial returns and operating within cash flow.” The US onshore rig count was flat in Q3 2017, and has been mixed since then.

Overall, the global rig count is now up about 40% compared to late 2016. All the growth came from the US onshore, with the offshore rig market at new record lows in recent months—reflecting the relatively long lead time for recently approved offshore projects, and a continuing end to projects sanctioned before the downturn.

However, the last few weeks have shown signs of recovery, and some new projects are now beginning to issue contracts. Kibsgaard said capex spend in the pipeline from operators outside North America could soon take over as the main driver of growth. “It is worth noting that our overall tendering activity in the international markets is up by over 50% in 2017 compared to last year, measured in total contract value,” he said.

OFSE revenue was up on the quarter and the year for all OFSE categories in Q3 2017—for the first time since the oil price slide began (Fig. 1). Large Integrated Services company revenues were up by over 15 percentage points (pp) on the quarter, and were up a substantial 45 pp on the year—a sharp rise, driven by tough cost cutting and improved offerings rather than higher prices.

Margins were less impressive, with Assets still down year-on-year, and the big, Integrated Services also showing a slight annual and quarterly fall in Q3 (after a rise in Q2), as operators sought to cut costs (Fig. 2). Miller said his company was working flat out and customers were getting more for less. “Today, the industry is drilling approximately the same footage as in 2014 with half the rigs, while completions intensity has significantly increased. As the rig count stabilizes, our customers are focused on efficiencies, optimization, and making more barrels ... Our fleet is sold out for the remainder of the year and into 2018,” he said.

Both revenue and margins for the smaller Services category soared in Q3 2017, but that was largely due to a very low starting point, linked to Weatherford's performance. In fact, all service companies in this category had negative EBITDA in 2016, but moved back into the black last year. The smaller service companies are heavily exposed to North America and other onshore regions, and as the pick-up in activity this year eroded spare capacity, margins improved—in particular, for services like pressure pumping.

Engineering, Procurement, And Construction (EPC) and Equipment providers saw signs of margin recovery helped by rising US onshore activity, and there was even a quarterly improvement for Assets—which has been the worst-performing sector over recent months. The uptick would suggest that most of the lucrative Asset contracts awarded before the crash have now already run their course, and small gains are being clawed back on new contracts.

Transocean’s CEO Jeremy Thigpen was bullish in his Q3 earnings call, claiming his company was ideally positioned to take advantage of any upswing in price. Transocean has expanded with a deal to acquire Songa Offshore in August, and is upgrading its fleet with the latest semisubmersibles, while scrapping some older rigs. “As a result of the improved visibility and focus, we are experiencing reduction in well construction times, such that the vast majority of the fleet is now outperforming what was previously our top quartile,” he said.

What will 2020 look like for the oil and gas, energy, and petrochemical markets? Here are 10 observations from ADI Analytics that demonstrate just how global and complex the energy mix has become.