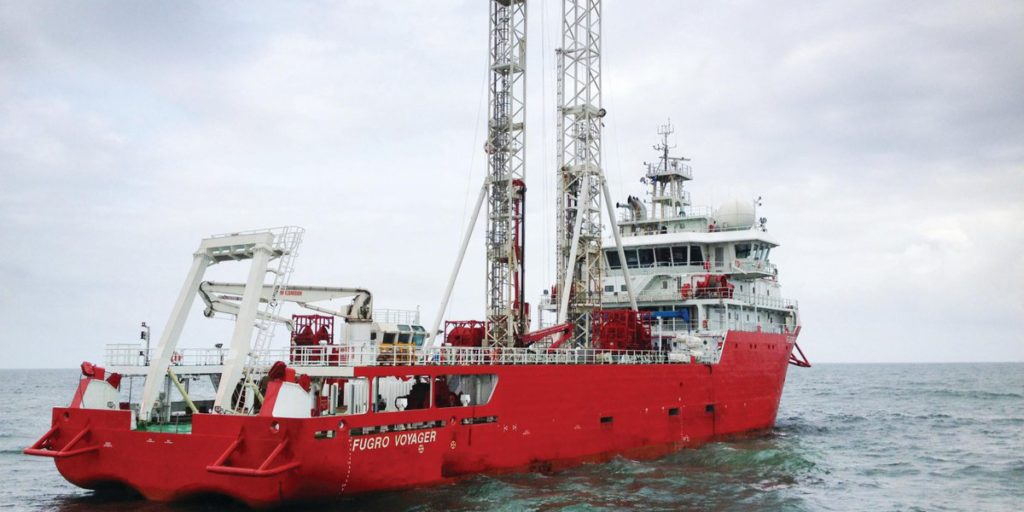 Guangzhou Marine Geological Survey (GMGS) awarded Fugro a contract for gas hydrate investigation on the Northern Continental Slope of the South China Sea. The contract is valued at approximately $40 million and the project is expected to begin in 2Q 2018.

This is the fifth gas hydrate field research program that Fugro will undertake for GMGS and the two companies have worked together in this field of research since 2007. Gas hydrates, “frozen” gas-water solids resembling ice, may be an important source of future energy.

“We are pleased to be reappointed to execute further exploration work in the South China Sea and to continue our long-standing relationship with GMGS,” Jerry Paisley, Fugro’s director for marine site characterization in the Asia Pacific Region, said. “Fugro has been involved in many of the world’s major gas hydrate field programs to date, providing technical advice, specialized tools, laboratory analyses, and vessels.”

The Chinese government has promised to “actively develop” natural gas hydrate over the 2016–2020 plan period. Last July, China’s Land and Resources Ministry reported that natural gas was produced from methane hydrates in an experimental project in the South China Sea. A platform off the coast of Zhuhai for 60 days drilled 203–277 m below the depth of 1266 m and produced a total of 309,000 cubic meters of natural gas, a record extraction volume from gas hydrate, according to the ministry. Reuters reported that the ministry said earlier in 2017 that two gas hydrate deposits with about 100 billion cubic meters of reserves were discovered following seismic surveys and drilling programs in the northern section of the South China Sea.