Are Your Produced Water Decisions Based on the Best Economics? 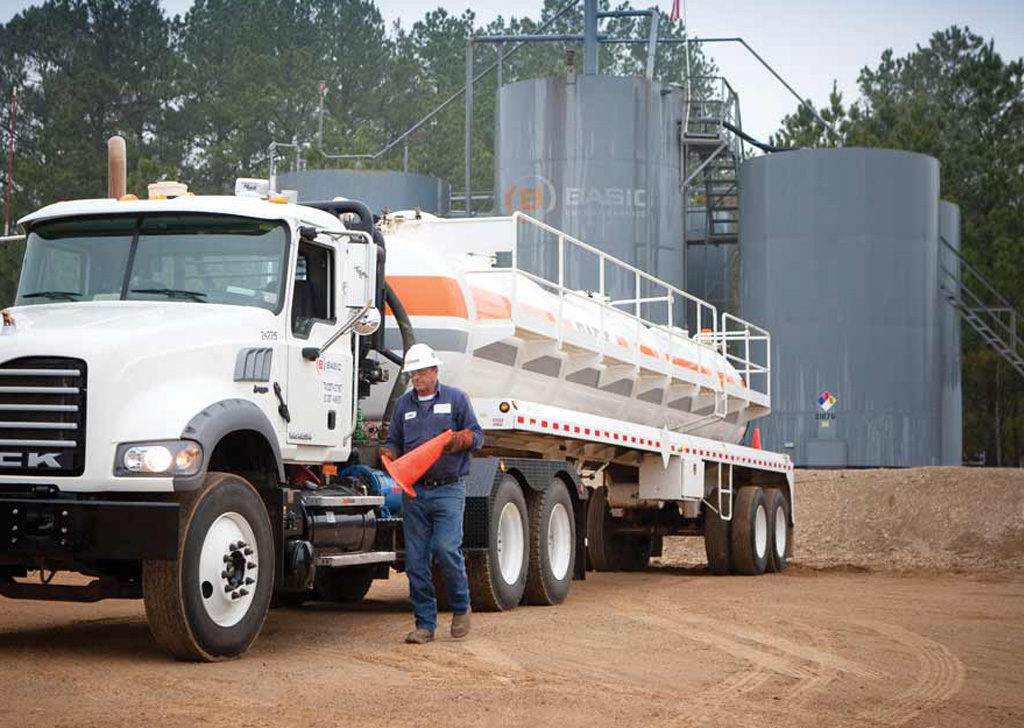 While recycling produced water can be a valuable economic decision, a director at a Texas-based service company argued that it does not always make sense for an operator. Speaking last week at the Permian Basin Water in Energy Conference in Midland, Texas, Ken Fairchild said that every well with a reasonably long life will produce water that eventually must be injected into the ground, either for waterflood support or as waste water. Fairchild, director of water logistics at Basic Energy Services, said it is the industry’s responsibility to ensure that disposal does not affect freshwater resources or the environment, and that it does not create seismic events.

Whether a saltwater disposal well (SWD) well is private or commercial, operators must perform some kind of geologic study that protects potable groundwater and prevents seismic events. They must also make sure that all casing strings are properly cemented to the surface and verified by bond log. The mechanical integrity of the entire wellbore must be continually maintained, not just to meet state regulations, and every disposal well must be operated ethically. This includes, but is not limited to, monitoring annular pressure constantly, keeping injection pressure below fracture gradient, injecting into permitted zones, and not over-injecting.

Like other speakers at the conference, Fairchild examined the benefits of an operator-owned SWD well vs. using a third-party vendor for disposal. He said that vendor-owned and -managed SWDs make better sense for small private equity (PE) companies operating in the short term. While the level of effort (LOE) will be higher, the capital not spent on building and operating an SWD well can be used for proving additional reserves. Using a third-party vendor allows for a self-determined capital outlay and requires fewer employees on the operator’s part.

“It comes down to whether you want to own your SWD system or do you want somebody to put it in and manage it for you? That’s a company decision. It’s hard to say. If you’re a small PE company that’s just going to buy, truck, and sell water, it probably makes sense to get [a third-party vendor] to build it for you,” Fairchild said.

Company-owned and -operated disposal may be appealing in long-term situations, he said. Though this route diverts capital from the drilling program, it offers a reduction in the LOE, increases producing recoverable reserves, and costs less on the back end after the well is built.

Recycling produced water in pits can be time-consuming, but in most cases, given the length of laterals and the number of stages for a horizontal well, Fairchild said water volumes are significant enough to require storage in a pit.

“The decision to recycle produced water is an economic decision made by the operator,” he said. “Either way, you’ve got to get into it and figure out how much water do you need and how much space?”

Pits should have a capacity no larger than 500,000 bbl unless built in tandem and separated by a berm wall that meets engineered standards. The soils used in a berm wall should be free of foreign materials such as trash, brush, fallen trees, and rocks larger than 4 in. Fairchild said the soils must be constructed in lifts or layers no more than 8 in. thick, and the embankment walls must be stabilized to prevent erosion or deterioration.

Circulation and aeration are paramount to keeping water clean. Fairchild said treating produced water on the fly while pumping it from the well requires reliable filtration and chemical treating equipment to prevent costly interruptions with operations.