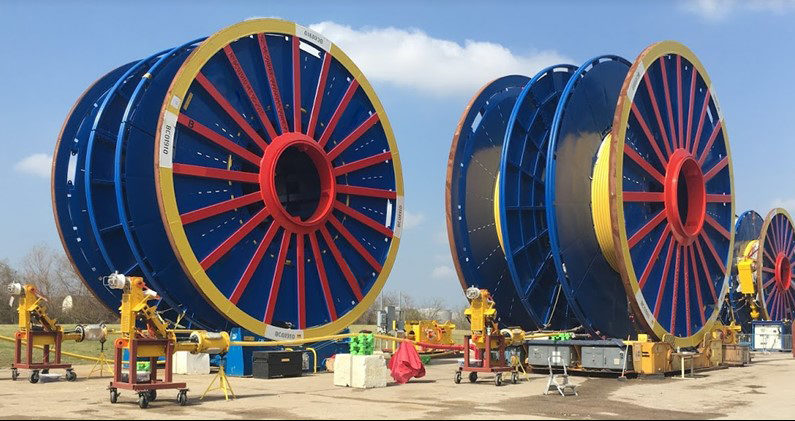 TechnipFMC announced completion of the engineering, procurement, fabrication, and supply of the umbilicals system for the Kaombo project offshore Angola. The multisite project utilized the facilities of TechnipFMC Umbilicals and Angoflex.

Operated by Total, the Kaombo development is located approximately 140 km off Angola. Total is one of five companies with an ownership stake in the project, along with Sonangol P&P, Sonangol Sinopec International, Esso E&P Angola, and Galp Energia. It is the first project on the ultradeepwater offshore Block 32.

Total aims to tap oil deposits spread across six fields in the southeastern section of Block 32—Gengibre, Gindungo, Caril, Canela, Mostarda, and Louro—over an 800-km2 area at water depth ranging from 1400 to 1900 m. The fields have total estimated reserves of 650 million bbl of oil.

Approximately 300 km of subsea pipelines will connect the field to two turret-moored converted floating production, storage, and offloading (FPSO) units. The FPSOs—Kaombo Norte and Kaombo Sur—will each have a treatment capacity of 115,000 BOPD, a water injection capacity of 200,000 BWPD, a gas compression capacity of 100 million scf/D, and an oil storage capacity of 1.7 million bbl. They are being converted from VLCCs at the Sembawang Shipyard in Singapore.

TechnipFMC was responsible for the project management, engineering, and manufacture of more than 135 km of steel tube umbilicals. The load-out of the umbilicals for offshore installation started in April 2017 at Angoflex in Lobito, Angola, and the final umbilical was loaded out in January 2018.

“The success of the Kaombo project has been a real team effort across the globe, and has demonstrated the level of commitment and dedication the teams across the three sites have, making it possible to deliver such large-scale global projects,” project manager Gavin Bainbridge said in a statement.

Startup for the development is scheduled for this summer.