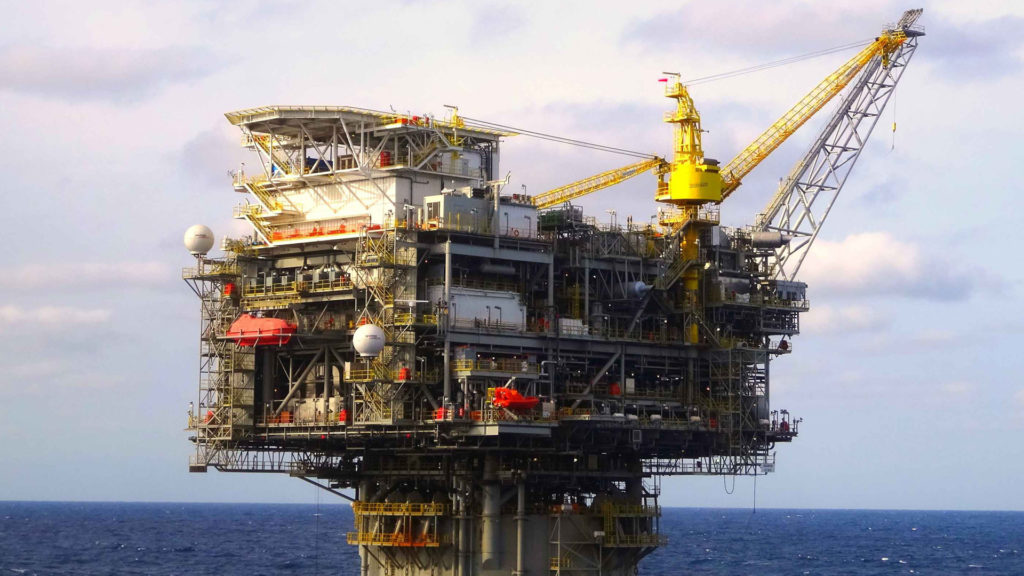 Anadarko
Anadarko doubled its ownership in the Lucius development as part of its 2016 acquisition of Freeport-McMoRan Oil & Gas (FM O&G) deepwater Gulf of Mexico assets. This year, it expects to start production from a development well that ties back to the Marlin platform, which was also acquired as part of the FM O&G deal.

Offshore subsea tiebacks to existing deepwater infrastructure can provide a profitable opportunity for operators in the US Gulf of Mexico (GOM) that are currently navigating a volatile oil price environment. Capital-intensive greenfield projects have been put on hold the past 3 years of this downturn throughout the industry. Speaking at a presentation hosted by the SPE Gulf Coast Section Reservoir Study Group, Anadarko General Manager Mike Ferfon said that the industry must be prepared to profitably work in an oil market of $40 to $60/bbl for some time out into the future. Focusing on a hub-and-spoke philosophy has allowed his company to leverage existing infrastructure and enable short-cycle, less capital-intensive subsea tieback projects in the GOM.

Ferfon said one of the problems with deepwater projects is the slow pace of cost structure reconciliation with market pricing during a downturn. Operators can be saddled with long-term contracts and a limited group of contractors who are able to provide subsea infrastructure services. Standardization of design and equipment is a key to working around these limitations. Ferfon mentioned that Anadarko has stayed with the same types of completions and frac-pack systems for its GOM fields while working with vendors on specific designs for smart completions and trees.

“Rather than pushing the technology envelope, standardization allows for inventory and availability,” he said.

He added, “For key equipment, standardization allows development of critical expertise to troubleshoot equipment quickly and effectively. Utilization of state-of-the-art dual-activity rigs and the same crew complement project after project can improve drilling and completion cost curves by 30% or more. Even with the more expensive day rate rigs, you’re effectively drilling a cheaper well.”

Anadarko has also focused on enhancing value in the GOM by retrenching around existing infrastructure and focusing on capital-efficient tiebacks. The company said in its Q3 2017 conference call that it would allocate $1.1 billion toward deepwater GOM development this year, with the bulk of that spending dedicated to prospects it identified near existing operated infrastructure.

For example, the company drilled three wells at Horn Mountain and two wells at King/Dorado Fields (tiebacks to Marlin) inside of a 10-month period with production from three of five of those that are already contributing to the company’s GOM metrics. In fact, one well had a spud to first production timeframe of just 81 days and came on line at 16,000 BOPD.

The value of infrastructure cannot be overstated. Ferfon said that Anadarko has been looking at ways to extend field life. Marlin is a tension-leg platform that has been on production since 1999, and as the platform approaches its 20th year in operation, it is already undergoing a rigorous facility analysis process that will allow certification beyond the original 20-year design life. This process at Marlin will serve as a template for similar studies at several other company-operated deepwater production facilities. Ferfon suggested that any company looking into facility life-extension efforts should begin the process 3–4 years before it reaches its original permitted life.

Finally, Anadarko is looking into ways to redeploy deepwater spar facilities from depleted fields to new developments or major field extensions. “APC is only at the feasibility study stage, but ask yourself this ... if you could cut cycle time in half and redeploy a full-fledged production spar to a new location in an environment of low appetite for major greenfield projects ... think about the net present value impact to the projects,” said Ferfon.