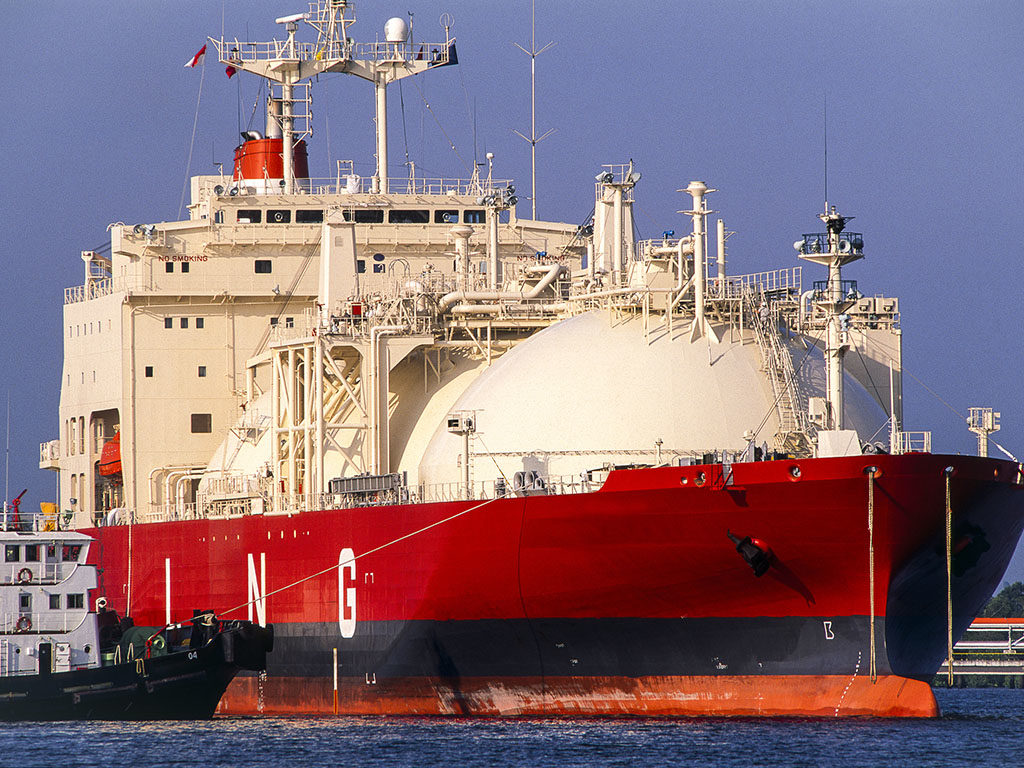 From 2006 to 2010, much of the liquefied natural gas (LNG) export construction activity occurred in the Middle East, in particular Qatar. The World LNG Market Forecast 2012–2016 forecasts a shift in regional activity in the next 5 years to Asia and Australasia, where a number of LNG terminals are planned or under construction. Douglas-Westwood’s report forecasts Australia will dominate Australasian expenditure during this period, with investments in terminals of approximately USD 60 billion. Papua New Guinea also will see development as the country moves toward its first LNG terminal in 2014. 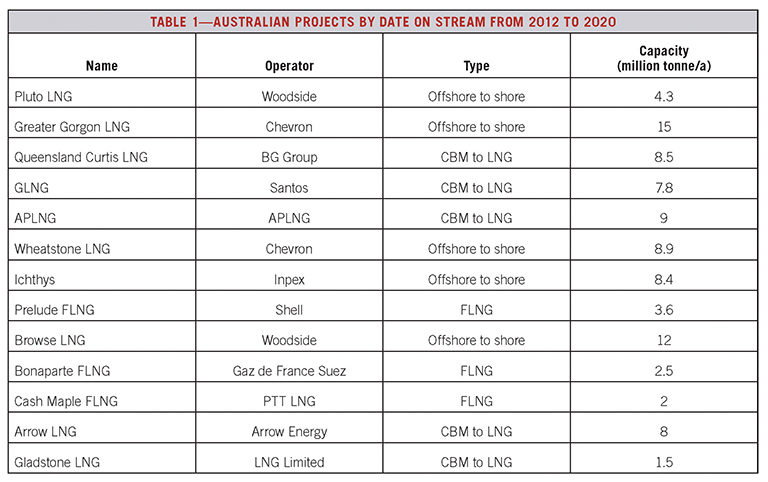 Australia has three operational LNG facilities—North West Shelf, Darwin LNG, and Pluto—offering a combined export capacity of 24 million tonne/a. Future expansions of the Darwin and Pluto projects will be based on whether substantial gas discoveries are made and are not expected within the forecast period.

The nearby Asian consumer markets offer the highest gas prices of any region, with an average price of USD 15/million Btu. This, coupled with large coalbed methane (CBM) reserves, has led to considerable investment in Australian export infrastructure. Currently, seven facilities are under construction in the country, expected to come on stream from 2014 to 2017 to provide additional capacity of 49 million tonne/a. Australia may contribute a further 46% capacity with a number of potential projects to come on stream beyond the forecast period.

The key drivers of floating liquefaction are the desire to monetize stranded offshore gas fields and the relative high costs of onshore liquefaction terminals. A modular design allows the FLNG vessel to be built in lower-cost environments and then be towed to location. Positioning the liquefaction facility on field reduces the requirements for costly upstream facilities and long pipelines to shore, which would be required for an onshore development.

Australasia was the first region with an approved FLNG liquefaction project—Shell’s 3.6-million-tonne/a Prelude floater, which is expected to be on stream in 2017.

ExxonMobil will invest USD 4.5 billion to bring Papua New Guinea’s first liquefaction plant on stream from 2012 to 2016. This facility has generated discussions among operators in their consideration of other projects, but topographical and security-related factors may limit their progression because of associated difficulties and costs. Offshore liquefaction may offer a viable alternative to onshore facilities.

China is looking to increase gas imports to sustain growing energy demand associated with rapidly developing economies and as an alternative to coal in response to global pressure to reduce emissions. The continued rise in the price of crude has significantly increased demand for LNG as a suitable substitute for meeting the country’s energy needs.

China currently has six projects under construction, including the first phases of the Zhuhai and Tangshan projects. The country’s LNG expansion projects and new developments will provide an additional 18 million tonne/a in import capacity.

Japan will see eight new LNG import terminals come on stream from 2012 to 2016 as the country seeks to cover its energy deficit following the shutdown of nuclear power stations, the last of which was powered down in May 2012. As a result, the country has imported 27% more LNG when compared with imports in May 2011. Currently, five new developments and a storage tank project are expected to come on stream between 2012 and 2016.

Indonesia is one of the world’s largest LNG exporters and has three operational liquefaction plants—Arun, Bontang, and Tangguh. The country faces the challenge of balancing long-term declining natural gas production with growing consumption in its major cities.

Since becoming an exporter in 1983, Malaysia has increased production to become the largest LNG exporter in the Pacific region. Similar to Indonesia, Malaysia has experienced rising gas consumption in its urban areas, leading it to seek LNG imports.

Russia is currently the only LNG exporter in eastern Europe and the former Soviet Union exporting from the Sakhalin II facility. The country is looking to exploit LNG as a means of supplying gas to Asia and to reduce its dependency on European gas demand. However, LNG transport from terminals slated for the north and northwest areas of the country would be hampered by ice conditions, requiring the use of specialized vessels.

Recent developments in US unconventional production such as shale gas will lead the country from being an importer of gas to an emergent player in the LNG export market. US gas prices are currently less than USD 3/million Btu. Arguably, these prices are unsustainable because they fall below the cost of production. Exposure to global markets will reduce excess supply and could drive up domestic prices.

The US is currently set to bring the Sabine Pass project in the Gulf Coast on stream at the end of 2016 with two processing trains. The development involves the construction of processing trains in existing import facilities that can accommodate up to four trains with a total export capacity of 8 million tonne/a. The project will cost USD 3.9 billion and is designed for further expansion with the third and fourth trains expected to come online from 2017 to 2018.

Capital expenditure in the global LNG market is expected to grow to USD 169 billion from 2012 to 2016. Asia will be the main driver in import terminal developments and is forecast to invest USD 31 billion during this period.

The global LNG business will see growth and recovery in a number of sectors. Expenditure on liquefaction facilities will exhibit the greatest growth in global expenditure over the forecast period, a large proportion of which will come from Australian developments. Growing demand for import terminals will see capital expenditures increase for regasification to represent 20% of global capital expenditures. Following a sharp decline from 2010 to 2011, the LNG carrier market will begin to recover from 2012 onward, with capital expenditures expected to be more than USD 30 billion.