How Water Management for Shale Oil and Gas is Evolving 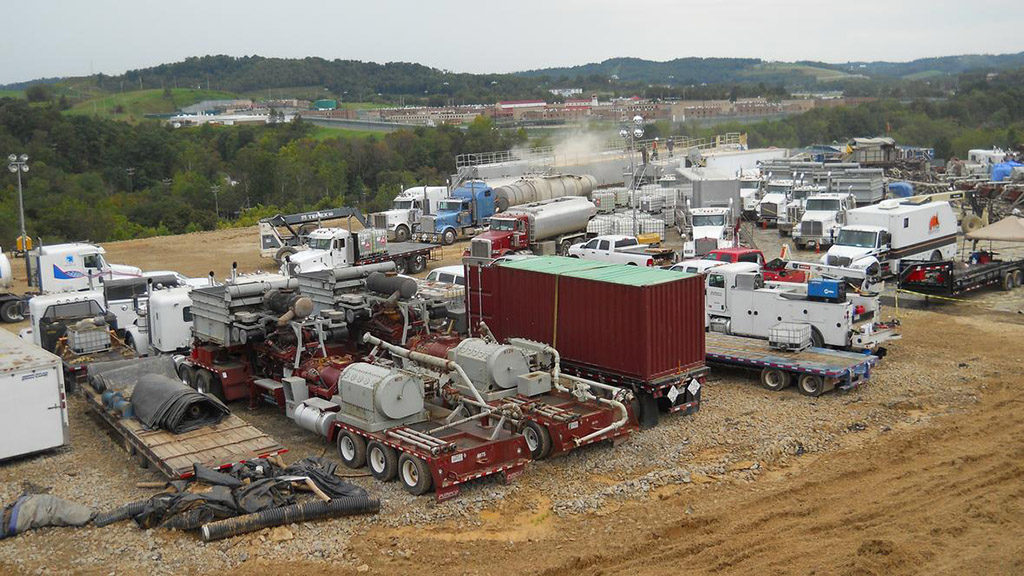 The shale revolution made water management for hydraulic fracturing a hot topic in the US.  Hydraulic fracturing to extract shale oil and gas requires large quantities of water and produces a sizeable amount of flowback. Water sourcing, handling, and disposal represent significant parts of the operating costs in these operations. US shale operators are continually evolving their water management practices to optimize water use and costs.

There are many environmental, sustainability, and legislative issues associated with water handling for hydraulic fracturing. This article provides an overview of some of the main trends and issues related to water management for tight oil and gas.

Driven by the development in shale or tight oil, US crude oil production will average 10.6 million B/D in 2018, which would make it the highest-ever annual average production level (Energy Information Administration 2018a). The US Energy Information Administration’s (EIA) recently released Annual Energy Outlook 2018 reference case projects that US tight oil will account for about 65% of cumulative domestic production in the reference case over the projection period of 2017 to 2050 (EIA 2018b).

Hydraulic fracturing is a completion operation in which a hydraulic fluid is pumped down a well under pressure high enough to exceed the formation fraction gradient to create fractures through which oil or gas can flow into the well bore (API 2015b).

Dunkel (2017) reviewed the history of water management for unconventional oil and gas. In the early days of shale plays development, water management was normally an afterthought.   Typically, water was obtained locally from groundwater or surface resources.

There are several reasons why water management is becoming more complex and expensive for operators.

The dramatic increase in the number of wells drilled puts pressure on available water resources. Furthermore, companies are using more water per well because of longer laterals and more water per foot (Dunkel).

Donaldson (2017) cites two main drivers for the increasing costs and complexity of water management: increasingly expensive freshwater resources and the rising pressure from regulators regarding the disposal of produced fluids.

In recent years, the oil industry had to take into consideration the changing public perception and attitude toward the hydraulic fracturing of wells. Among the key issues: public concerns about truck traffic, potential seismic activities (earthquakes) caused by injection of produced water in disposal wells, and the risks of contaminating drinking water resources.

One of the main public concerns with hydraulic fracturing is the potential contamination of drinking water resources. The US Environmental Protection Agency (EPA) studied the relationship between hydraulic fracturing for oil and gas and drinking water resources (EPA 2016). The study included a review of published literature, analysis of existing data, scenario evaluation and modeling, laboratory studies, and case studies. The agency released a progress report in December 2012, a final draft assessment report for peer review and comment in June 2015, and the final report in December 2016.

The EPA report concluded that hydraulic fracturing activities can impact drinking water resources under some circumstances and identifies factors that influence these impacts.

Dunn-Norman et al. provides a comprehensive summary of the EPA study effort and processes. The authors explain the study background, methodology, highlight key findings as well as the limitations of the study.

Impacts of Shale Development in Texas

In addition to work by federal agencies, several studies were conducted on the impact of shale oil production at the individual states. An example of this is the study initiated by TAMEST in the state of Texas. TAMEST is the scientific organization of all Texas-based members of the National Academies of Sciences, Engineering, and Medicine and the state’s Nobel Laureates. It convened a task force to conduct a comprehensive review of scientific research and related findings regarding impacts of shale oil and gas production in Texas (TAMEST 2017).

Shale oil production in Texas is from two major basins, the Permian Basin and Eagle Ford, and it is the leading state in the US in shale oil production. The focus of the task force was on six key areas related to shale exploration and production activities in Texas:

The task force report published the report last year, and it was presented at a special panel session at last year’s ATCE in San Antonio, Texas.

The report gives the findings and recommendations with regard to water management issues in Texas. It notes that the depth separation between oil-bearing zones and drinking-water-bearing zones in the state makes direct fracturing into drinking water zones unlikely, and it has not been observed. Surface spills and well casing leaks near the surface are the most likely pathways for oil and gas activities to lead to contamination of drinking water sources and environmental damage.

In the US, there are a number of agencies at the federal and state level that are involved in the regulation and legislation of hydraulic fracturing. Gray et al. (2017) provides a comprehensive assessment of federal, state, and local regulations and legal activities.

Who exactly has the authority to regulate hydraulic fracturing in the US? Gray et al. note that the answer can be a complicated one and a source of friction between the various agencies.

At the federal level, the authors. provide a review of the various US laws that are relevant to hydraulic fracturing including:

They note that the legal landscape is continually changing for hydraulic fracturing and wastewater disposal wells and highlight the importance of reviewing company operating procedures to ensure compliance with current regulations and laws.

API RP 100-2 in particular addresses water issues and provides recommended practices for water management including water acquisition, transport, storage, use, and disposal. The standard addresses the design and execution of the well plan such that groundwater is isolated and protected during the drilling and subsequent fracture stimulation operations. It also deals with well design and construction to meet the expected fracture load requirements. Operators should consider the full life cycle of water and the project.

As noted in the standards, it is important to consider these recommended practices as early in the project planning as possible. A comprehensive water management plan document should be appropriate for large projects.

Dunkel (2017) notes that over the next several decades water pipelines are expected to spread progressively, driven predominantly by cost reduction and sustainability of water sourcing and disposal. It is possible to envisage water pipeline networks systems in the oil-producing regions of the US, somewhat similar to the existing CO2 pipelines infrastructure used to supply CO2 for enhanced oil recovery applications.

The extent of water reuse varies between the various shale-producing areas in the US. A qualitative summary of the water management issues in the various US shale basins is given by Dunkel and is reproduced below.

An example of water infrastructure used in a recent project that involved reuse of produced water is described by Donaldson. It comprises

The entire arrangement is strategically located in proximity to several active fracturing locations. Donaldson points out that one of the challenges when reusing water for hydraulic fracturing is the correct mixing or blending ratio in order to obtain the fluid that meets the required project specification.

The importance of water management for tight oil and plays is recognized by SPE and is reflected in the many papers on the subject presented at SPE conferences and the various articles published in SPE online publication Oil and Gas Facilities (OGF) and the Journal of Petroleum Technology (JPT). JPT cover stories were about shale water management in November 2017 and January 2018. Other articles include Jacobs (2016), Donnelly (2017), and Whitfield (2017)

The SPE is currently restructuring the Water Handling & Management Technical Section and redefining its scope. It is envisaged that the scope of the technical section would include water management issues in both conventional and unconventional fields, such as:

There are over 1,300 SPE members registered in the Water Handling and Management Technical Section. Any SPE member may join a technical section.

SPE 189873. 2018. A Summary of the US Environmental Protection Agency’s Multiyear Study of the Potential Impacts of Hydraulic Fracturing on Drinking Water Resources by S. Dunn-Norman, W. Hufford, and S.W. Almond.

TAMEST 2017. Environmental and Community Impacts of Shale Development in Texas, The Academy of Medicine, Engineering and Science of Texas, Austin, Texas.