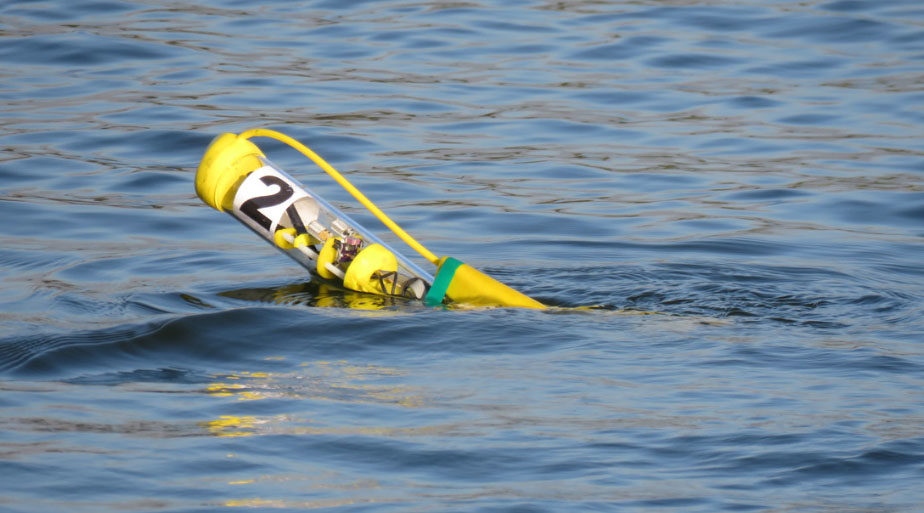 Aquabotix, an underwater robotics company, released its new SwarmDiver technology. SwarmDiver is a micro unmanned surface vehicle (USV) and unmanned underwater vehicle (UUV) that, as its name suggests, can operate in a swarm. A group of drones is specifically designed to work like a school of fish: They can function simultaneously as a single coordinated entity, be controlled on the surface with a single human operator, and perform dives on command.

In a release, Aquabotix CEO Whitney Million called the vehicle a “game changer” for the industry.

“Until today, there were simply no hybrid USV/UUV vehicles and no swarming unmanned vehicles with diving capabilities that were commercially available in the industry,” Million said. “Aquabotix has changed that.”

The company said that the SwarmDiver is 75 cm long and weights 1.7 kg. It operates as a UUV when diving underwater and as an USV on the surface. The vehicles are deployable in groups for synoptic data gathering.

SwarmDiver is being touted for its potential in leading “amphibious warfare” operations, including sea-based reconnaissance missions, but it is part of a growing trend of advancing UUV and autonomous underwater vehicle (AUV) technology. Ocean Infinity has a fleet of six HUGIN AUVs and six UUVs capable of deployment from a single host support vessel. In January the company used a swarm of AUVs to inspect part of the southern Indian Ocean for the missing Malaysia Airlines Flight MH370. Autonomous Robotics is also developing ocean bottom seismic technology using swarms of AUVs, utilizing flying nodes that can be deployed by the hundreds.