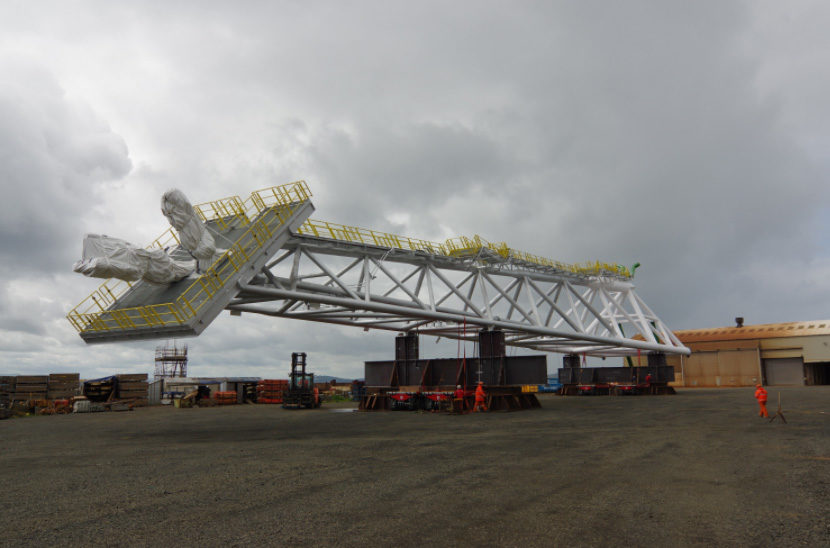 Facing possible closure and the loss of hundreds of jobs, the UK-based offshore fabrication company Burntisland Fabrications (BiFab) has been acquired by a Canadian company in a move that may secure its future.

DF Barnes, a subsidiary of the independent Canadian construction company JV Driver, has acquired the troubled Scottish fabricator as part of a deal brokered by the Scottish government, which will take a minority shareholding position in the new company.

“We are looking forward to a long and successful partnership with BiFab,” DF Barnes VP of business development Sean Power said in a statement. “We will work closely with management and the union representatives to ensure continuity for the people who work for the company.”

BiFab has been prefabricating modules for offshore oil platforms since 1990, when it was revived from the previously closed Burntisland Shipbuilding Company. The company has been associated with some of the largest projects in the UK North Sea, working for operators like Shell, BP, and ConocoPhillips. It fabricated topside modules for BP’s Clair Ridge and Valhall platforms, as well as topsides and jackets for GDF Suez’s Cygnus gas field development. It has recently been involved in renewable energy production, delivering jacket support structures for offshore wind farms.

The company has three facilities: the Burntisland and Methil yards in Fife and a facility at Arnish on Lewis in the Outer Hebrides island chain off the west coast of Scotland.

Still, however, it faced the threat of closure thanks to a lack of orders following completion of the Beatrice project. In February, UK’s trade union Unite said that approximately 260 jobs at BiFab were on the verge of elimination by early summer and that BiFab’s yards could be closed by the end of June without a solution.

Speaking outside the Methil yard, First Minister of Scotland Nicola Sturgeon called the acquisition “a significant step forward” in the government’s efforts to boost BiFab’s position at the center of the country’s marine energy industry.

“DF Barnes’ acquisition is a key milestone for all three BiFab yards,” Sturgeon said. “There is a lot of hard work ahead, and there is no magic bullet for these yards, but the commitment of DF Barnes to securing a new future for the business at Burntisland, Methil, and Arnish, is a hugely positive step and I believe that gives BiFab the best chance of winning future contracts and securing new work.”

DF Barnes and JV Driver will bring project expertise and financial security to BiFab as it bids for new contracts. DF Barnes produces the Launch and Recovery System (LARS), which is used to launch and recover remotely operated vehicles during offshore oil operations.